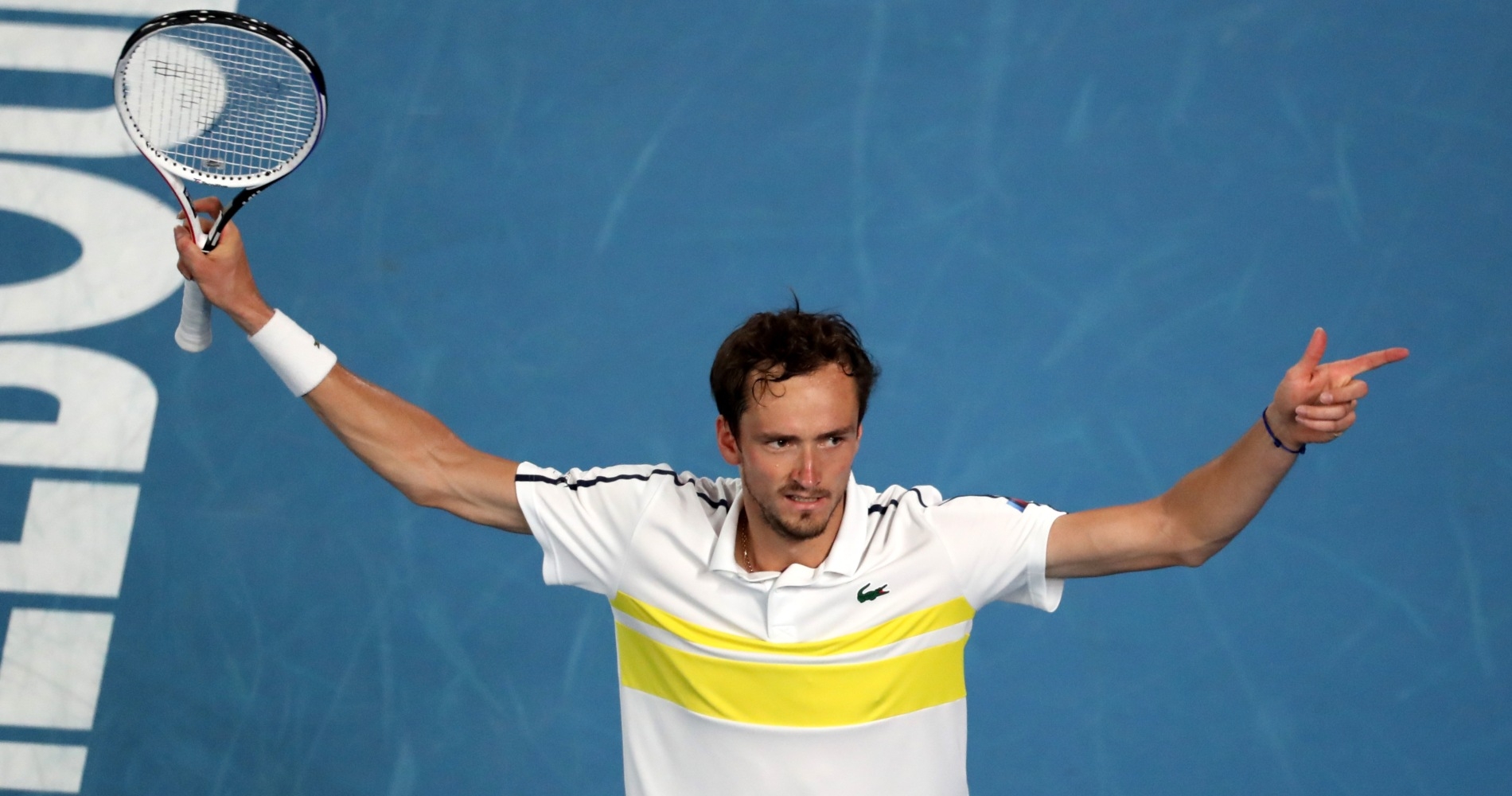 Russia’s Daniil Medvedev stormed into the final of the Australian Open after he crushed the Grand Slam dreams of Stefanos Tsitsipas with a 6-4, 6-2, 7-5 victory at Melbourne Park on Friday.

The world No 4 served beautifully, hitting 17 aces and dropping just seven points on his first serve as he wrapped up victory in two hours, nine minutes to set up a final against world No 1 Novak Djokovic on Sunday.

Medvedev has now won 20 straight matches and 12 in a row against top-10 players and is into his second Grand Slam final, having lost to Nadal in five sets at the US Open in 2019.

He’s only the third Russian man to reach the Australian Open final, following Yevgeny Kafelnikov, who won in 1999 and Marat Safin, who made the final in 2002 and 2004 and then won the title in 2005.

“It was a little bit like his match with Rafa….I got a little bit scared and tight because it’s the semi-final of a slam, so it was not easy,” Medvedev said. “But I’m happy I was able to turn my game on, especially in some tight moments on my serve and I’m happy to be in the final.

“I think for sure he was tired after the match with Rafa. I saw as soon as I was moving him around the court, it was not easy for him. As soon as I saw that it became my strategy right away.”

🇷🇺 Daniil Domination 🇷🇺@DaniilMedwed is into his first #AusOpen final.

Medvedev said he would try to use what he learned from his final against Nadal in New York two years ago.

“I took a lot of experience from that match. It was my first slam final against one of the greatest. Sunday I play another of the greatest. I hope I can take some of those things into the final. I don’t have a lot of pressure because he has never lost in eight finals here. It’s him who has all the pressure, getting to Roger and Rafa in the Grand Slams. I just hope to get out there and play some good tennis.”

Tsitsipas looked a little jaded after his epic win from two sets down over Rafael Nadal in the previous round and Medvedev started strongly, ignoring the sounds of the crowd inside Rod Laver Arena, the vast majority of whom were pulling for the Greek.

On a warm evening, with temperatures of 31 Celsius (88 Fahrenheit) at the start, Tsitsipas was on the defensive immediately, the consistency and depth of Medvedev’s groundstrokes putting the Greek No 6 seed under the pressure. When he did create a chance – he had a break point at 2-1 in the opener – Medvedev just shut the door with another massive serve. After breaking for 3-2, Medvedev’s only moment of concern came when he served for the set and after missing two set points, he double-faulted on the third. But he followed it with an ace and an unreturnable serve to wrap up the set.

With a 5-1 head to head deficit in their head to head matches, Tsitsipas looked a little short of ideas while Medvedev was just relentless, always coming up with a big serve when he needed it, or putting a pass just far enough away from his onrushing opponent. He broke in the third game of the second set and again in the seventh before closing out the second set. 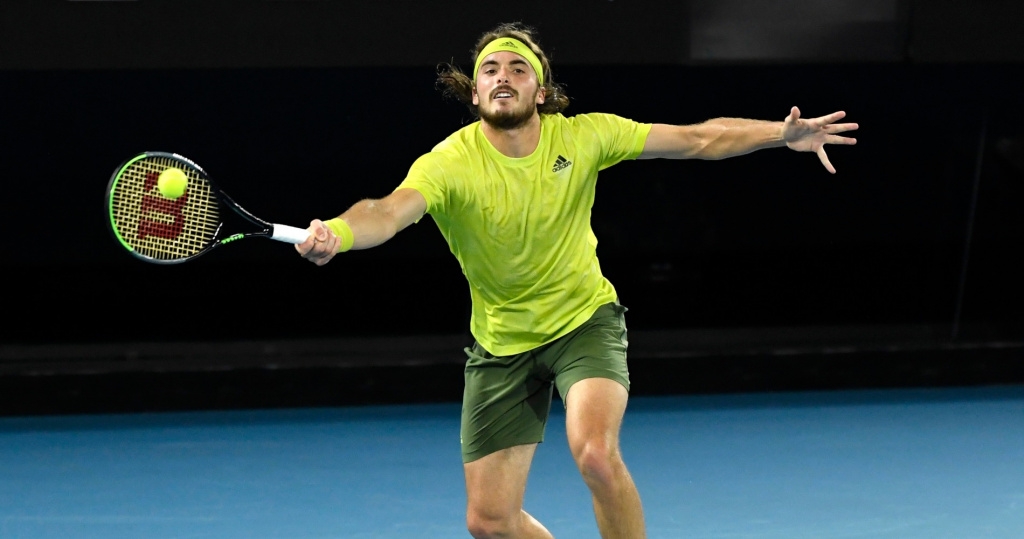 Despite his two-set lead, Medvedev complained to the umpire about the noise that Tsitsipas’ father, Apostolos, was making from the stands. It didn’t seem to bother him when he broke on his way to a 3-1 lead. At 3-2, 15-15, Medvedev made a point of going to his towel when Tsitsipas initially made him wait, but it had the opposite effect to what he had intended and Tsitsipas took advantage of a slight loss of concentration, breaking back for 3-3.

✨ Medvedev Magic ✨@DaniilMedwed breaks Stefanos Tsitsipas to lead 6-5 in the third set and the opportunity to serve for a spot in the #AusOpen final.#AO2021 pic.twitter.com/9zc6W1XDJR

Medvedev finishes off in style

Tsitsipas had most of his success at the net and after holding for 4-3, he had a break point in the following game, only for Medvedev to close him out with back to back aces and a well-played point. At 5-4, Tsitsipas had Medvedev a 0-30 but the Russian again came up with some big serves to hold and then, in the next game, produced a phenomenal backhand pass to break for 6-5, celebrating by waving his hands at the crowd. He then sealed victory with a good hold to seal his place in a second Grand Slam final.

It's been a pleasure @steftsitsipas 🙌

Tsitsipas admitted he had little energy left in the tank after his win over Nadal, but had no regrets on the day.

“Everyone saw what just happened out there,” he said. “I was just focused on my game, and he put out his show. He became Daniil Medvedev for three sets in a row.”