Home » News » Proud of Karatsev and confident for Medvedev: Read Kafelnikov’s views on the Australian Open

Proud of Karatsev and confident for Medvedev: Read Kafelnikov’s views on the Australian Open

Ahead of the Australian Open semi-finals, former world No 1 Yevgeny Kafelnikov feels Stefanos Tsitsipas won’t pose a problem to Daniil Medvedev and considers Novak Djokovic a “predator“ who will only become better with the big prize in sight. 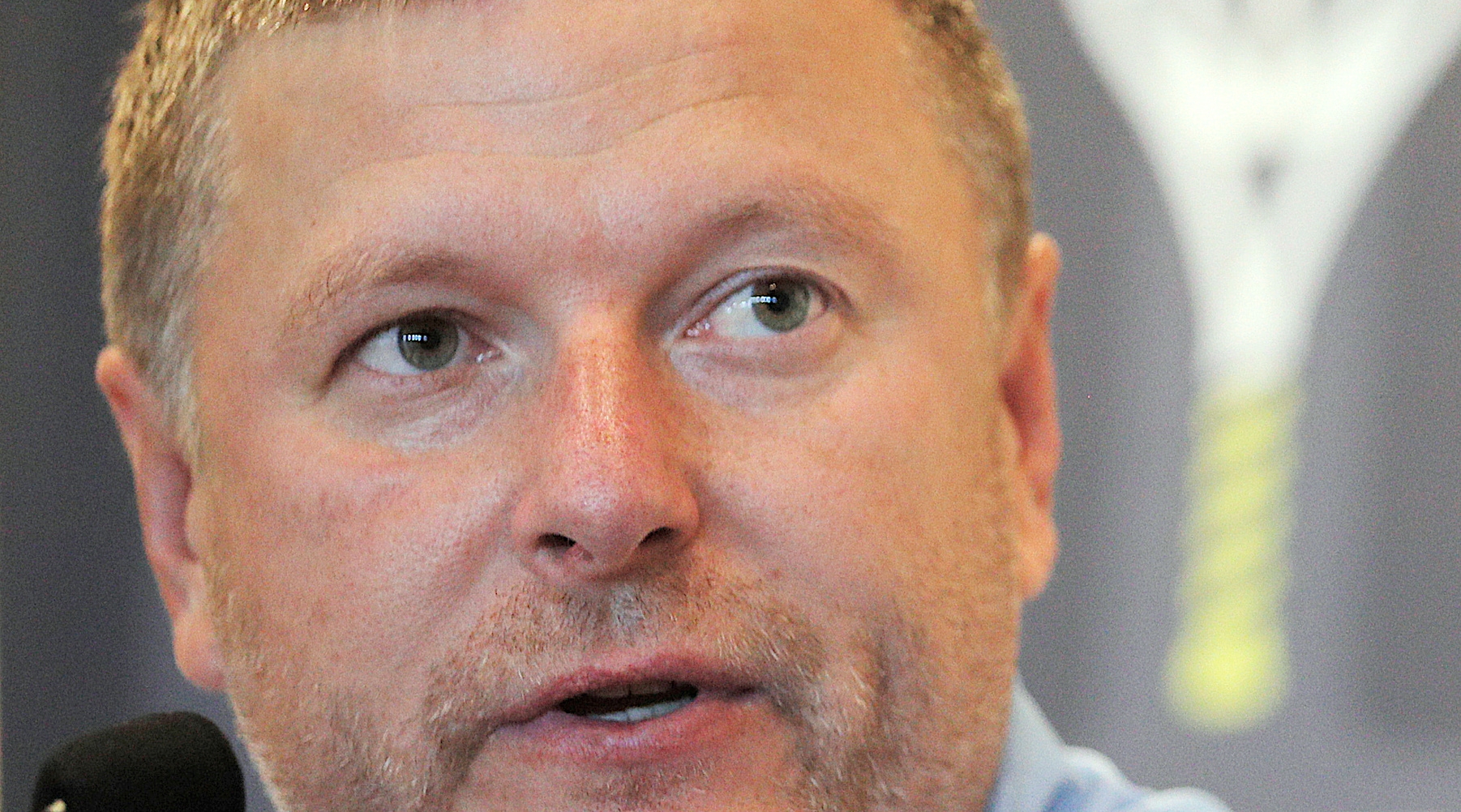 Yevgeny Kafelnikov knows what it is like to win in Melbourne, having lifted the trophy in 1999 by beating Thomas Enqvist in the final. Along with Marat Safin, Kafelnikov is the best male player in the history of Russian tennis, (No 1 in the world in 1999) and he is very happy to see his compatriots making big noises at a Grand Slam again.

For the first time in 15 years, Russia has two men in the semi-finals of a Grand Slam (Daniil Medvedev and Aslan Karatsev) and Kafelnikov is certain that Medvedev will reach the final as well. In an interview with Tennis Majors, Kafelnikov spoke about Rafael Nadal’s defeat to  Stefanos Tsitsipas, Aslan Karatsev’s chances against Novak Djokovic and the importance of Novak surpassing Roger Federer’s record for record weeks at No 1. Also, Kafelnikov comments on the biggest weakness in the game of Andrey Rublev and on “the competition” between the Russians at the moment.

“I do not see how Tsitsipas can present problems for Medvedev”

Kafelnikov : The way the first two sets unfolded, of course I did not expect for Tsitsipas to win. It was shocking for me that Rafa lost three straight sets. Tsitsipas is definitely a great player, no question about it; he is very talented and he has got the skills to be one of the very best. Stefanos serves well, he moves around the court really well and is adept at the net, all of which makes him very good for the game of tennis. I am not surprised by his good run, but I am with today’s results since I expected Rafa’s experience to be the deciding factor. This time, though, youth prevailed. 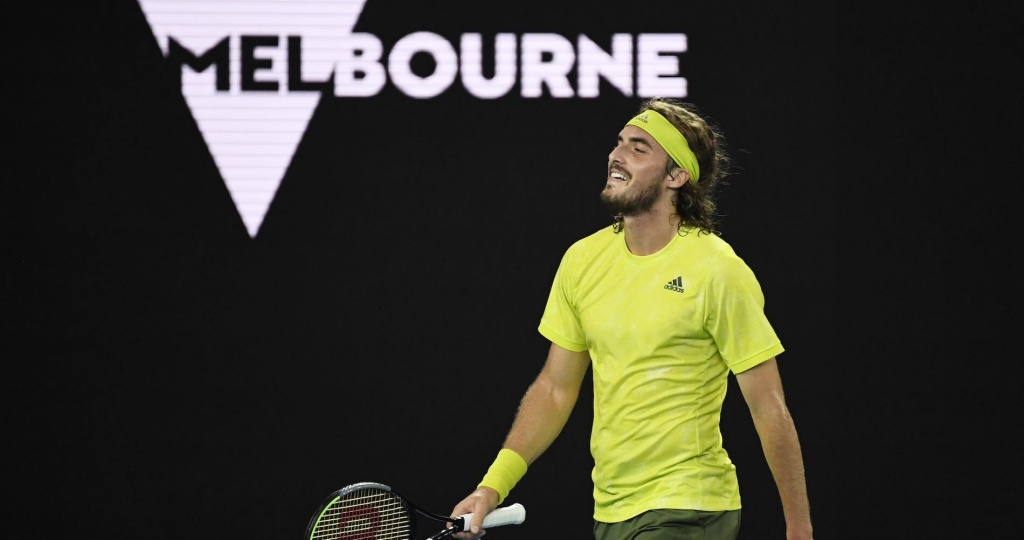 Next up for Tsitsipas is your compatriot Daniil Medvedev, who has won five of their six encounters. What are going to be the keys for that match?

Kafelnikov: Medvedev believes he is going to win that match, surely. Tsitsipas’ game suits Medvedev’s style of play and I do not see how Stefanos can present problems for Daniil, to be honest. In my opinion, Tsitsipas does not possess a “killer“ shot that could cause Medvedev trouble and Daniil likes to play against opponents with one-handed backhands, Tsitsipas is not going to be able to hurt him off of that wing. Also, the return is one of Medvedev’s strengths and Tsitsipas’ serve is good, but he cannot serve bombs and a couple of aces per game like (John) Isner and some other players. All in all, the head-to-head speaks for itself, Medvedev is the clear favorite to go to the finals. 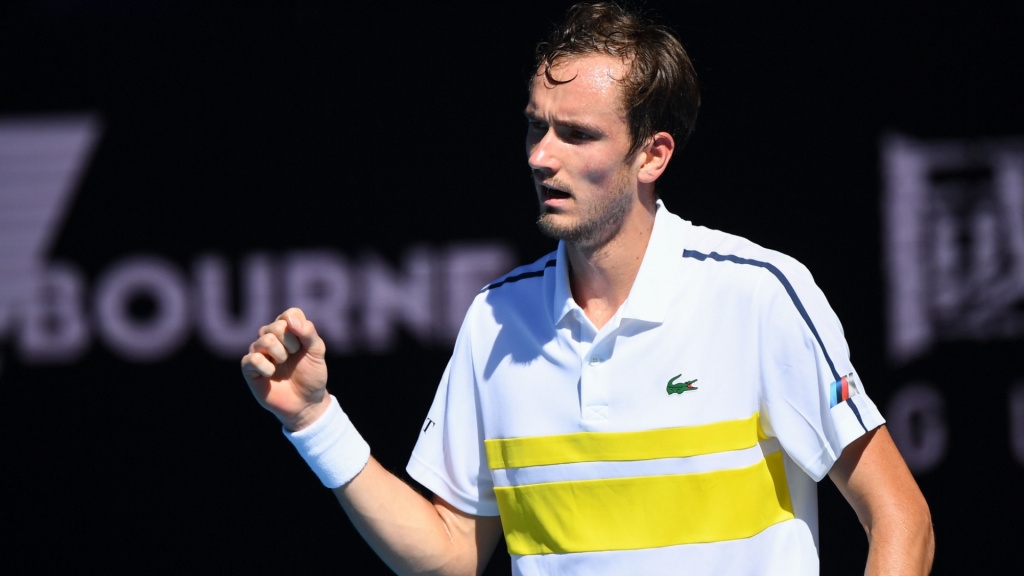 I have seen that you expected a much closer encounter between Medvedev and Rublev, but Daniil ended up winning in three sets (7-5 6-3 6-2). What do you feel was the main issue for Andrey?

Kafelnikov: Unfortunately for Andrey, his physical condition is still very weak. Once he loses the first set, he does not believe that he can come back and win three more against top players. That is his weakness and we have seen Novak (Djokovic) the other day for example; he lost the first set, but you always feel that he can turn it around since physically he is so strong and prepared. That department is Rublev’s main problem; I do not know how he is going to deal with it, but if it continues like this, it will be difficult for him to perform great in the Grand Slams, particularly against the best players in the world. 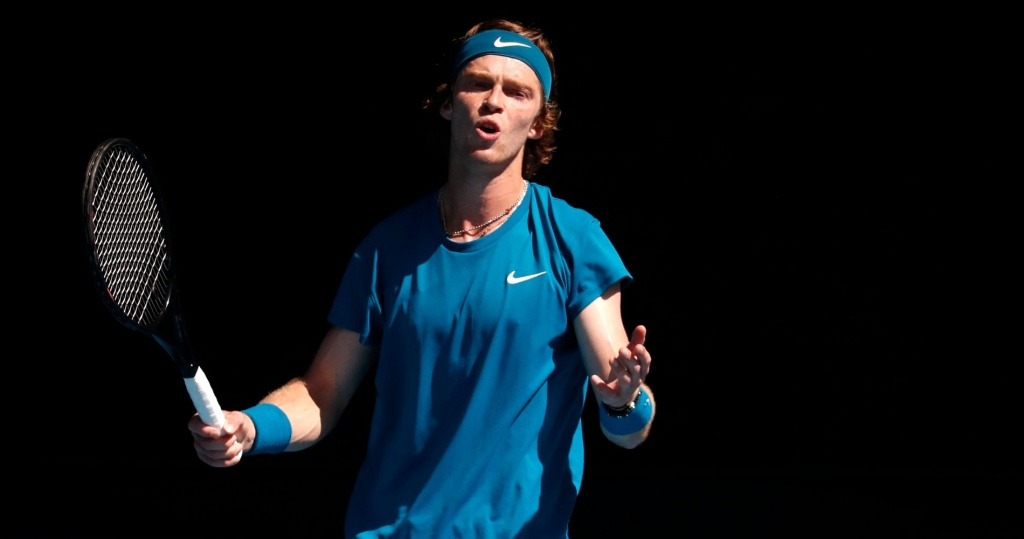 We saw Medvedev cramping after the match, he even got a visit from the physio before his on-court interview. Is that something his fans should be worried about ahead of the semi-finals?

Kafelnikov: No, I do not think it is going to be an issue. It was very hot, the temperature was above 30 degrees and playing someone like Rublev takes a lot of energy out of your body. Medvedev was very solid and did not give any chance to Rublev after the first set, it was a straightforward match.

“The closer Djokovic is to the title, the better he is going to play”

Novak Djokovic is maybe not at a hundred percent, but he was able to beat Alexander Zverev in four sets. Based on what we have seen so far, where do you feel Djokovic’s game is at the moment?

Kafelnikov: Look, there is a great quote from our good friend Stefan Edberg who said: “You cannot expect to play seven ideal, wonderful matches to win a Grand Slam title“. You are going to play maybe one or two great matches in the tournament and the thing with Novak is that his average level of play is so high that it cannot drop below a certain point; that level is enough for him to beat most of his opponents and that makes him different compared to others. Even if Novak has not played three or four great matches up until now, I am sure he will be at his best from this point onwards. He is a predator; when he smells something big, he wants to take it. He wants to be the one with most Grand Slam titles and the closer he gets to the title, the better he is going to play. 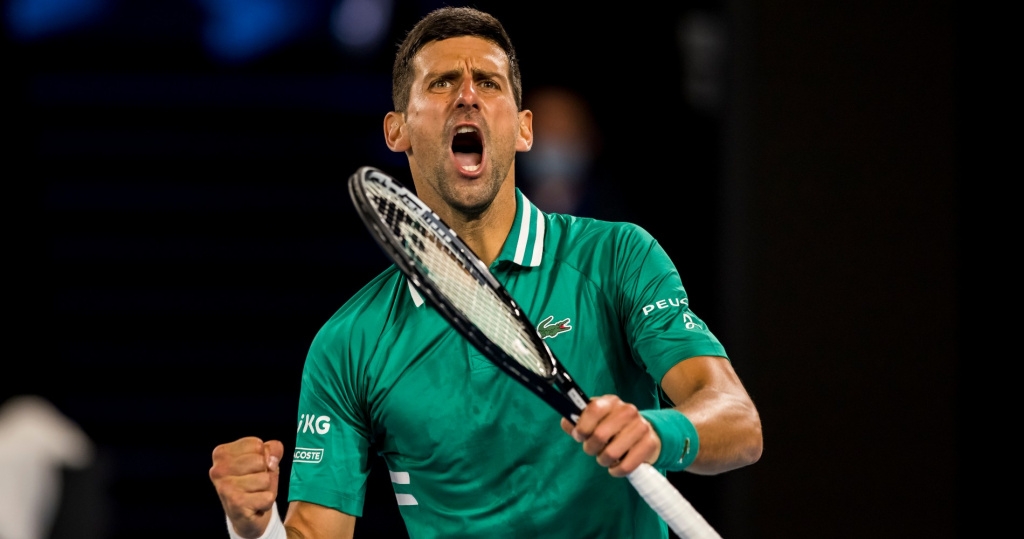 Now that you have mentioned records, with Nadal losing today, Djokovic is certain to break Federer’s record for weeks at number one in the world. How significant is that record?

Kafelnikov: Every athlete is driven by the idea of breaking records. When we start our careers, we dream about getting to the number one spot even for one week, never mind being there for 300+ weeks, so of course it is significant. In Novak’s mind there were two great goals – historic No 1 and most Grand Slam titles. He is not too far behind and I feel he may have the best chance of all the three guys to end up with more Slams. That is the legacy he wants to leave behind, those two achievements.

“Djokovic will beat Karatsev, but we will see about the score”

Aslan Karatsev has been the story of the tournament, the first player to reach a semifinal on his Grand Slam main draw debut, and he has beaten some accomplished players such as Diego Schwartzman, Felix Auger-Aliassime and Grigor Dimitrov. Karatsev is playing Djokovic next and he is an underdog, but what does he need to do in order to stand a chance to beat Novak?

Kafelnikov: This is going to be the first time for Aslan to face a very similar opponent in terms of playing style, but an opponent with a better game in terms of staying on the baseline and creating the points. Novak is an extremely fit guy and he is not going to be intimidated by Karatsev’s physical style of play and his groundstrokes. I think Novak is definitely going to win, but we will see about the score. I will definitely be watching and I am very proud of Aslan. The best thing is that now he can be way more relaxed for the rest of 2021 since he is going to enter main draws and won’t have to hustle in the qualifiers. 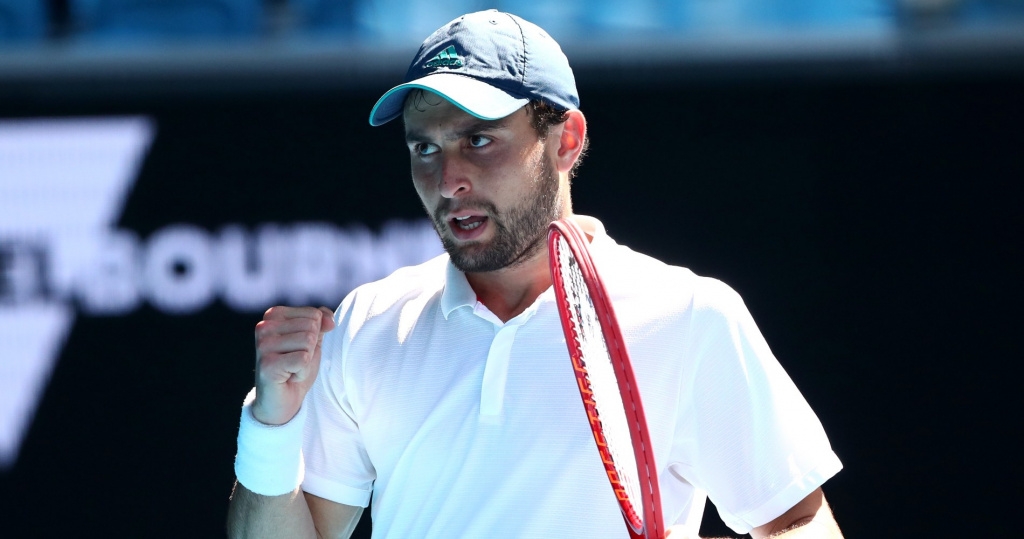 So, who wins it all on Sunday?

Kafelnikov: That is the million dollar question. I think Djokovic – Medvedev will play in the final, but I cannot predict who is going to win the title.

“Khachanov, Medvedev and Rublev are making each other better”

A few years ago we spoke on how there are many Russian women near the top of the game and virtually no men. The situation has changed dramatically and this is the first time in 15 years that Russia has two men’s singles semi-finalists (Youzhny and Davydenko at the US Open 2006). What happened?

Kafelnikov: A change of generation took place. The girls who were playing really well are near the end of their careers if they are not retired already, so younger girls do not have anyone to look up to at the moment. For men it is completely the opposite and I feel that they are pushing and making each other to be better. It started with Khachanov, Medvedev and Rublev trying to follow him and now it is kind of a big competition.

Both Marat Safin and yourself are former No 1 players in the world and two-time Grand Slam champions. Do you see Medvedev, Rublev and Khachanov surpassing your achievements?

Kafelnikov: I hope so! I would be proud if they do better than us in terms of titles, more weeks at number one etc. I will be very happy for them and I hope all of them have wonderful careers. 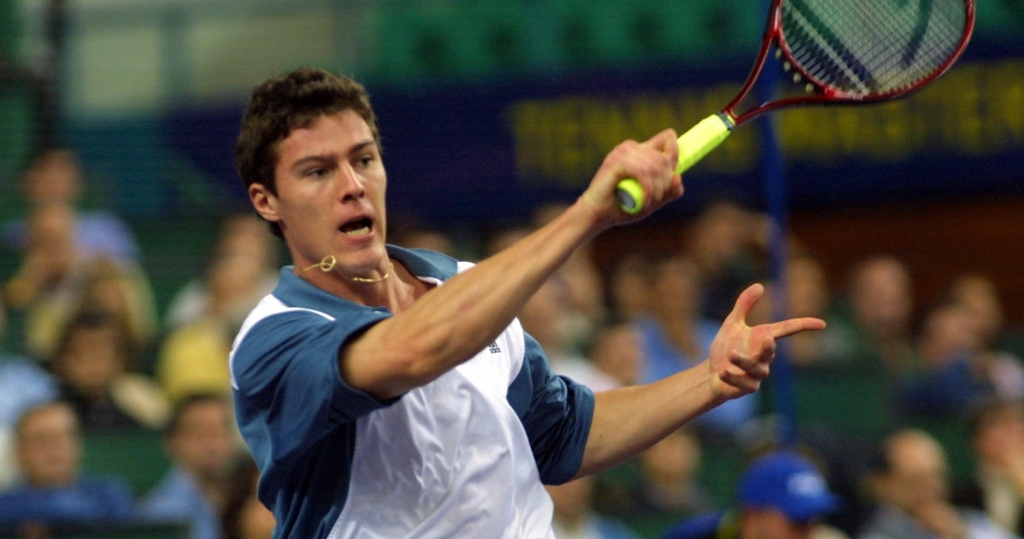