Novak Djokovic on Australian Open final: “I like my chances”

With the stomach muscle injury seemingly a thing of the past and his game in good shape, the world No 1 will go into Sunday’s final full of confidence 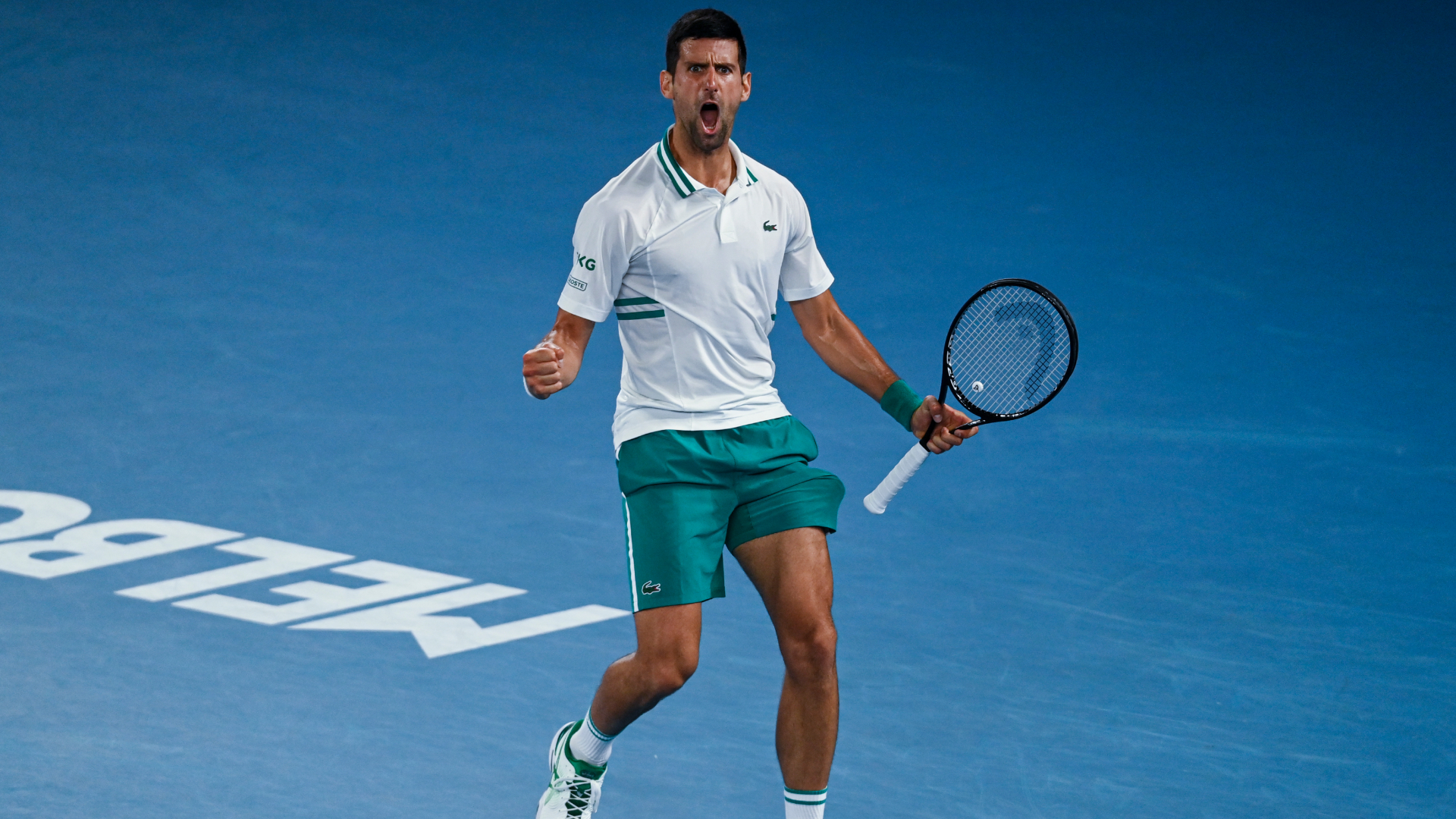 An elated Novak Djokovic says he “likes his chances” of winning a record ninth Australian Open title on Sunday.

The world No 1 beat Russian qualifier Aslan Karatsev, the world No 114, 6-3, 6-4, 6-2 on Thursday to set up a final against either Daniil Medvedev or Stefanos Tsitsipas.

Victory would give Djokovic a record ninth Australian Open title and take his Grand Slam tally to 18, just two behind Rafael Nadal and Roger Federer, who share the record on 20.

“I felt as best as I felt so far in the tournament tonight,” he said. “Physically, mentally, as well. I was hitting the ball very well, mixing the pace. Didn’t give him the same looks at all. Always kind of kept him guessing and served well when I needed to get out of the trouble, you know, late in the second set.

“The way I felt today I like my chances and I’m definitely going to go for a title.”

Less than a week after he was worried he had torn a stomach muscle in his third-round match with Taylor Fritz, Djokovic looked back to his best against Karatsev, who was the first man ever to reach the semi-finals on his Grand Slam debut, having come through the qualifying rounds to even get to the main draw. The Serb said he had found his best form when he needed it most.

“I’m just very pleased with the performance,” he said. “It came at the right time. Before last match in a Grand Slam, couldn’t be a better timing for me to play my best tennis. Being in this situation before, many times, I think helps kind of gather all the necessary elements for me to peak at the right time, which is happening again, which I’m very obviously happy about. I’m also happy that I have two days off now. Still recovery is the priority. Played enough tennis. I’m feeling great on the court.”

"Of course, it contributes to more confidence prior to coming into finals."@DjokerNole heads into his ninth #AusOpen final with an 8⃣ – 0⃣ record to his name 💪🇷🇸#AO2021 pic.twitter.com/ZokhIDVRMe

Zverev match was the turning point

When he felt his stomach muscle against Fritz, Djokovic admitted he had “not really been optimistic” about his chances of remaining in the tournament or winning the title. But after outlasting Alexander Zverev in a tight four-set battle in the quarter-finals, he realised he was in good enough shape to win it.

“I knew that once I triumphed over Zverev that, you know, things will be better, will get better for me,” he said. “I just had that kind of inner feeling and proved to be right. I have felt the best that I could possibly feel tonight. I definitely had to stretch myself to the limit in the last five days in every sense, but I’m really pleased that in terms of injury and everything it’s going in the right direction.

“We took it day by day. My physiotherapist, my team, doctors here at Australian Open, physios, ATP physios, we took it day by day and we just make sure we do everything we possibly can, and we do it in a right way. We time everything rightly so that I could, you know, give myself a shot to compete. Each day was progressing and getting better, and so today is best as I felt. Hopefully that will stay the same ’til the finals.” 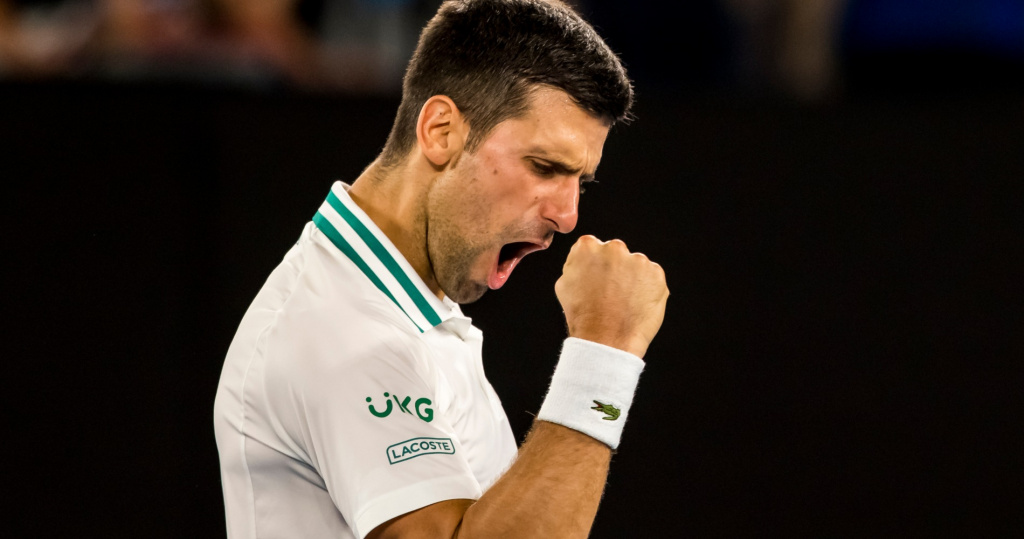 Djokovic now awaits the winner of Friday’s second semi-final between Russian Medvedev and Tsitsipas of Greece and Djokovic said he knows he will have to be at his best if he is to close the gap on Nadal and Federer.

“Regardless of who I face on Sunday, I’m ready for the battle for the toughest match of the tournament, without a doubt. I mean, both of these guys are in great form. Medvedev is playing on an extremely high quality. He’s on a winning match streak, over 20 matches won. He’s just the man to beat, you know. On the other hand, Tsitsipas produced some phenomenal tennis last night against Rafa (Nadal). Coming back from two sets down against Rafa on a Grand Slam, any Grand Slam, is a huge effort.

“I know these two guys have a history between them on and off the court a little bit, so I’m sure there’s gonna be a lot of intensity. It’s a great rivalry, I think, that these guys have. I’m gonna watch that match and enjoy it.”