Boogaard and Stusek win singles and doubles at Les Petits As

Germany’s Julia Stusek and Holland’s Thijs Boogaard won Les Petits As singles tournament on Sunday, after winning their respective doubles titles the day before. They are the best in the world in the under-14 category. 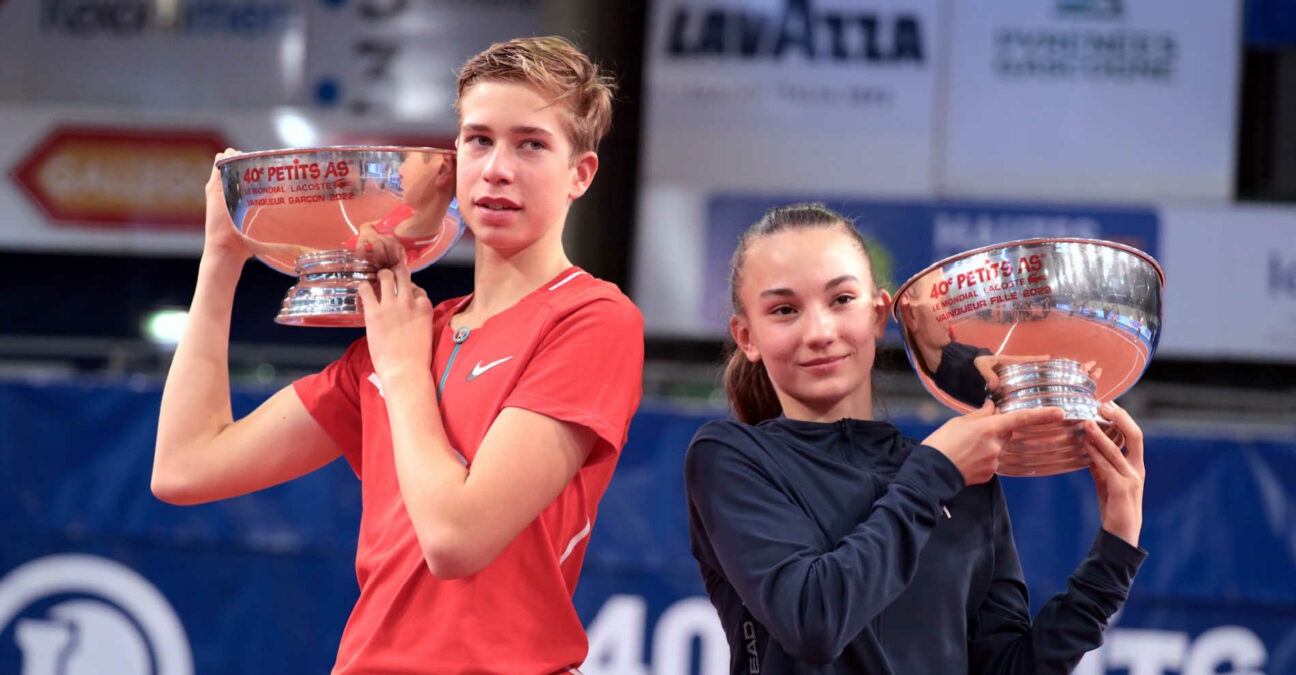 They have less skill and less control over the microphone than Ash Barty or Rafael Nadal, whose exploits were screened live at the Parc Expo in Tarbes this week. But Julia Stusek and Thijs Boogaard, respectively winners of the women’s and men’s singles at Les Petits As 2022, spoke words as strong as their elders when talking about indescribable emotions, Sunday, after their respective victories.

BOOGAARD AND NGOUNOUE, RIVALS AND FRIENDS

The two boys have liked each other since their first meeting in Auray two years ago. They sometimes train together at the Mouratoglou Academy, where Ngounoue works under the guidance of his father and alongside his sister Clervie, a girls’ finalist two years ago. Boogaard is most of the time at home in the Netherlands but he regularly visits the Mouratoglou Academy as a beneficiary of the Champ Seed Foundation.

Of friendship, there was not much on court during the final, before the very warm embrace between the two boys after the victory of Boogaard (3-6, 6-2, 6-3). Ngounoue was the only player able to contend with the Dutchman’s speed of play this week and to be able to challenge him aggressively. But in a seesaw final, where the stakes weighed on the game, Boogaard better mastered his emotion in the important moments.

Tension also presided over the girls’ final, won by Stusek against Briton Hannah Klugman, unseeded Stusek’s junior by nearly a year. Klugman, semi-finalist in 2021, started quickly out of the blocks, leading 3-1, but she suffered badly from being broken before losing the plot completely. She surrendered nine games and never really recovered from it (6- 3, 6-3).

If Boogaard, a fan of Roger Federer, already claims to be aiming for the top of world men’s tennis, Stusek is more cautious and presents each victory as a further step towards her development and a love of tennis. She isn’t sure where it will lead her but she is enjoying the ride. The player of Czech origin, daughter of a former professional, is however in good school since her coach is Melanie Molitor, the mother of Martina Hingis, winner of the Petits As in 1991 and 1992.

Stusek trains regularly with Hingis and assures us that the youngest Grand Slam winner in history still has a phenomenal game. The organization of the tournament, which broadcast to all the players on the board a video with former participants for the forty years of Les Petits As, loves this type of wink. During the awards ceremony, she could not avoid paying tribute to the male winner of the 2000 edition. Twenty-two years later, Rafael Nadal has won 21 Grand Slam tournaments. 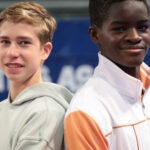 Everything for Ngounoue and Boogaard at Les Petits As: doubles champions, they will face each other in the singles final on Sunday
tennis majors 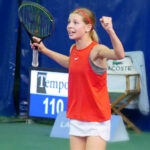