November 8, 1976: the day the first German tennis legend, Gottfried von Cramm, died in a car crash at the age of 76

Every day Tennis Majors takes you back in time to celebrate a great moment in tennis history. Today, we go back to 1976 to pay a tribute to Gottfried von Cramm, one of the most iconic players of the gentlemen’s era, a German player whose career and life were brutally marked by the Nazi government. 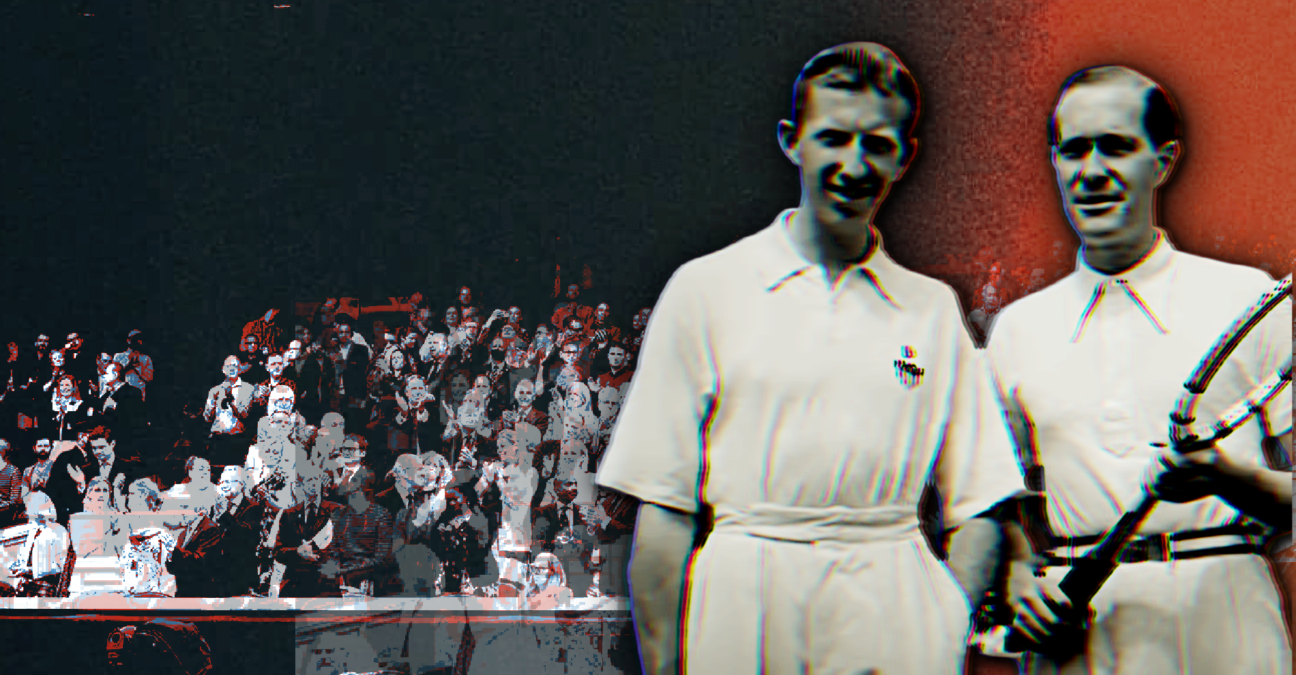 On this day, November 8, 1976, Baron Gottfried von Cramm, a two-time Roland-Garros champion, was killed in a car crash in Egypt, near Cairo. The German, in addition to his Grand Slam titles, was famous for his gentleman’s demeanor on the court, but he was also known for having played one of the greatest tennis matches of the pre-war era, against Donald Budge, in the 1937 Davis Cup semi-finals.

Lastly, his career and his life suffered from persecution by the Nazis. 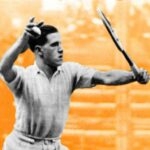 Gottfried von Cramm, whose full name was in fact Baron Gottfried Alexander Maximilian Walter Kurt von Cramm, was born in 1909 in Lower Saxony. He obtained his first remarkable results in tennis in 1932, winning the German Championships, but he soon made himself famous outside of Germany as well – and his style drew as much attention as his sport skills. Described by a 1993 Sports Illustrated article as “The most dashing figure tennis has ever known”, Bud Collins wrote in his History of Tennis that “if any player was ever the prince charming of tennis, it was Gottfried von Cramm, a baron of the German nobility, 6 feet tall with blond hair, green eyes and a magnetism that made him dominate any scene he was part of.”

Von Cramm achieved all these feats with unequaled sportsmanship. In the final of the 1935 Davis Cup, a competition that Germany had never won at the time, he was partnering Kai Lund in a potentially decisive doubles rubber. At match point for the Germans, Von Cramm and Lund both tried to hit a ball that was hit in the middle of the court, but as Lund hit a winner volley, Von Cramm told the umpire, who had already given them victory, that he had touched the ball with his racquet and that the point should go to the American team. Unfortunately, this gesture of sportsmanship cost him the tie, as the United States finally prevailed.

“When I chose tennis as a young man,” the baron said to his furious captain, “I chose it because it was a gentleman’s game, and that’s the way I’ve played it ever since I picked up my first racquet.”

In 1937, in the semi-finals of the Davis Cup, Gottfried von Cramm played one of the greatest matches in tennis history, against his main rival, Don Budge, who had destroyed him a few weeks earlier in the Wimbledon final. The two men faced each other in the deciding fifth match, and it is believed that just before the match began, von Cramm received a phone call from Adolf Hitler himself to tell him that losing was not an option. Queen Mary was in the stands of the All England Club Centre Court on that day, as well as the Nazi amabassador, Joachim von Ribbentrop.

Unfortunately von Cramm lost this match, which was described at the time as the finest tennis match that was ever played. “I was playing tennis as well as I ever had before,” Budge would write later, but “the fewer mistakes I made, he made fewer still.” The German led two sets to love, and even managed to take a 4-1 lead in the fifth set, but Budge surpassed himself to finally prevail, 6-8, 6-7, 6-4, 6-2, 8-6.

“Don, this was absolutely the finest match I have ever played in my life,” von Cramm told his opponent as they shook hands.

Persecution by the Nazis and war on the East Front

However, following this loss, the Nazi authorities didn’t show the same sportsmanship as von Cramm. The Baron had been under high scrutiny for years, as he was not only suspected to be homosexual, but also he had repeatedly declined to become a member of the Nazi party. On top of that, his alleged lover at the time was Jewish and was thought to have left Germany with financial help from von Cramm. To the entire world’s dismay, von Cramm was arrested and sentenced to jail, where he stayed for five months. His tennis rival Don Budge wrote a letter to Hitler to have him released, in vain.

His problems were not finished when he got out of prison, though. In 1939, after having destroyed a young player named Bobby Riggs in the final of the Queen’s Club Championships (6-0, 6-1), he was forbidden to compete at Wimbledon because he was an ex-convict – and he saw the same Riggs win the tournament.

World War II began shortly after that incident, and von Cramm was enrolled in the German army. He even fought in the terrible battle of Stalingrad – where his former tennis opponent Henner Henkel was killed – and he was awarded the Iron Cross when he came back.

After the war, Gottfried von Cramm rebuilt the Rot-Weiss club, his former club in Berlin, which had been destroyed in 1945. He continued playing as well, winning the German Championships again in 1948 and 1949, and in 1951, he started a successful business in the textile industry. The same year, he came back to Wimbledon for the first time, but, at the age of 42, he drew more attention because of his marriage with Barbara Hutton (known as “the richest woman in the world” at the time) than with his results (defeated in the first round, in straight sets, by Jaroslav Drobny).

Von Cramm spent a lot of time in Egypt, in Cairo, where he was well-acquainted with the upper-class society. It was there that, on November 8, 1976, the German tennis legend was killed in a car accident.