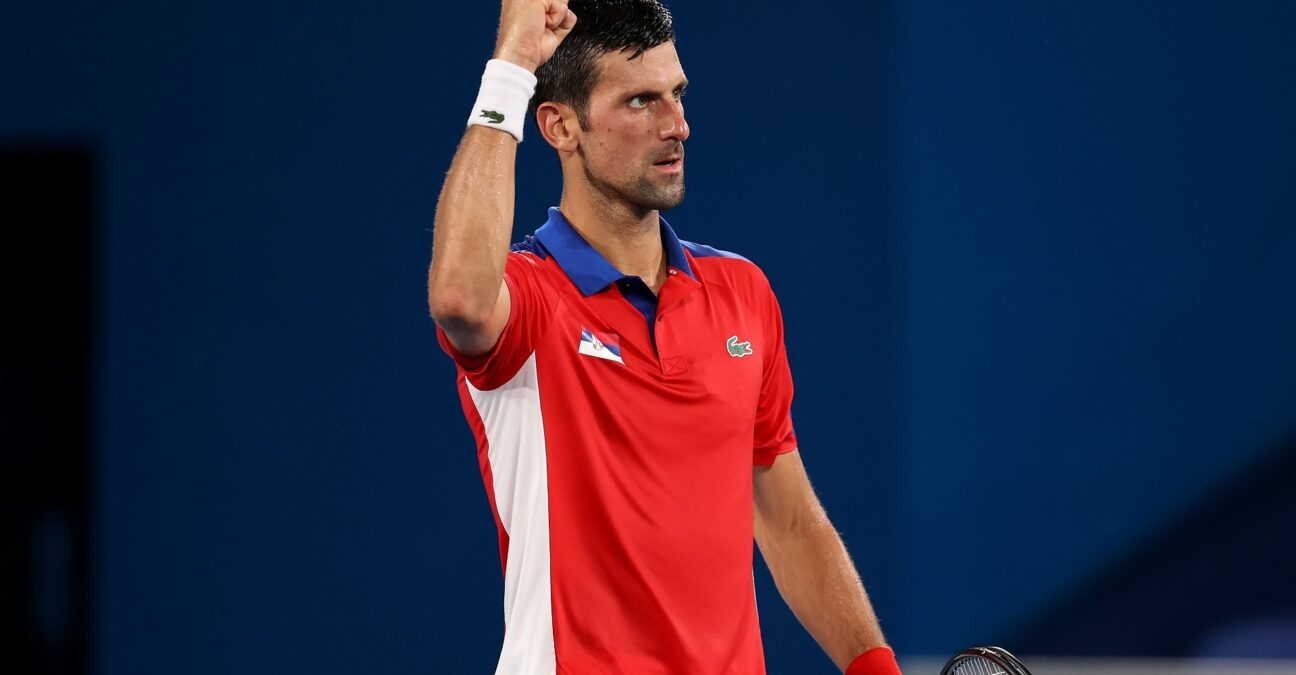 As statements go, Novak Djokovic‘s 6-2, 6-0 drubbing of Kei Nishikori in the quarter-finals was about as emphatic as you can get.

The world No 1 produced a near flawless performance as he brushed aside the challenge of Nishikori, whom many felt might give Djokovic a run for his money, on home soil, with so much motivation to go well.

But even though Djokovic went into the match with a 16-2 head to head record over the Japanese, the manner of his performance reinforced the feeling that the Serb is on a mission for gold in Tokyo.

Djokovic is the first man to reach three Olympic semi-finals, having done it in Beijing in 2008, when he won the bronze medal, and in London in 2012, when he lost to Andy Murray and then, in the bronze medal match, to Juan Martin Del Potro. He is also now equal with Roger Federer on 13 Olympic wins.

The 34-year-old has been on a mission, of course, ever since he won the Australian Open back in February. Victory at Roland-Garros put him halfway to the calendar-year Grand Slam, an achievement last recorded by Rod Laver in 1969.

A sixth Wimbledon title last month put him three-quarters of the way there and for good value, he’s now two wins from a first Olympic gold, which would then leave him just needing the US Open title to emulate Steffi Graf, the only player ever to do the “Golden Slam” of all four slams and the Olympics.

Worryingly for his opponents – the next of whom is Alexander Zverev, the No 4 seed – Djokovic shows no sign of running out of steam, even finding the energy to reach the semi-finals of the mixed doubles with Nina Stojanovic, who probably can’t believe her luck.

“Matches are not getting easier, but my level of tennis is getting better and better,” Djokovic told reporters. “I’ve done that many, many times in my career: I know that I’m kind of player that the further the tournament goes, the better I’m feeling on the court. That’s the case here: my best performance of the tournament tonight against the very good opponent.”

No mercy for Nishikori, respect for Zverev

Nishikori was many people’s pick for the title on home soil but he was brushed aside by a man who just looks unstoppable.

“Kei, I know his game very well,” Djokovic said. “Him playing in Japan, this court where he had lots of success, I knew that he’s going to play very quick and he’s not gonna give me a lot of time so I had to be very alert. And I feel I had an answer for everything he had.”

Djokovic leads Zverev 6-2 in their head to head battles so far, but will know the threat posed by the tall German, who reached the US Open final last year and who pushed him hard at the Australian Open this year, when he won in four tight sets.