Federer is of two minds when it comes to Tokyo Olympics

In an interview in Geneva Roger Federer gave his thoughts on the chances of playing the 2021 Olympics. He also discussed what will drive his retirement and how he will travel the tour without his family this summer. 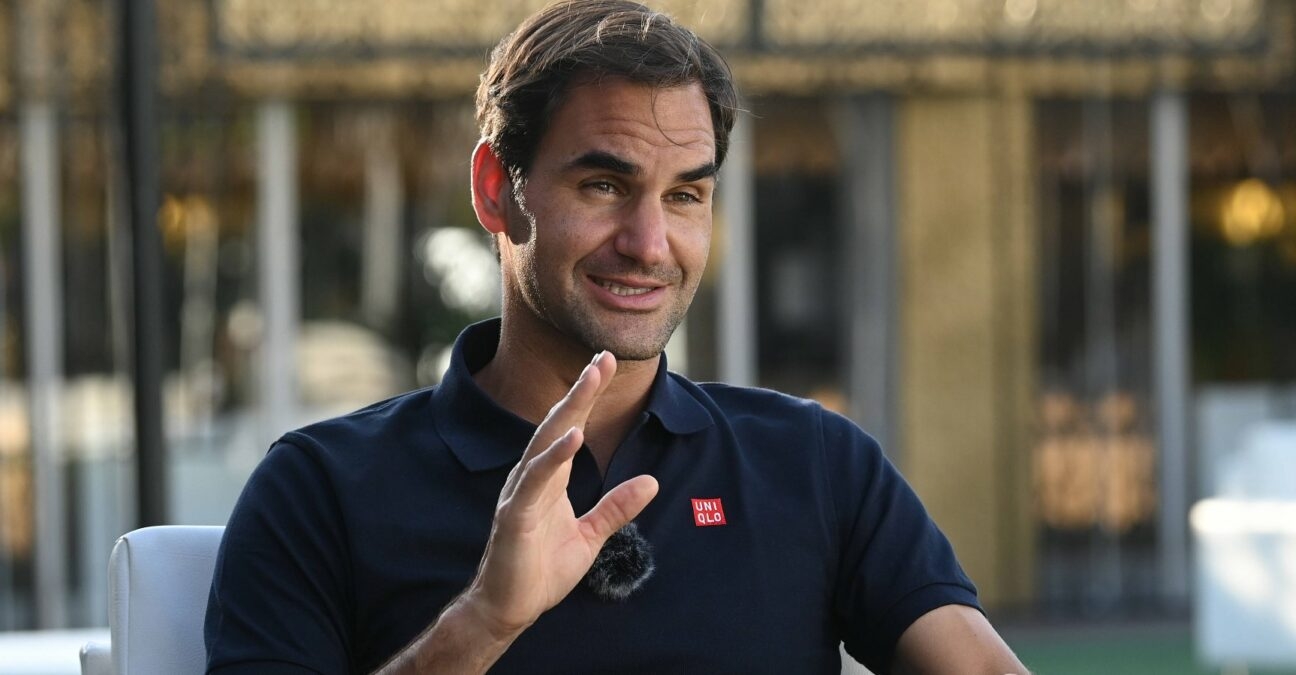 Ahead of his appearance at the 2021 Geneva Open, Roger Federer tells Léman bleu that he is 100 percent healthy, and grateful that the ATP’s ranking system during the pandemic will allow him to begin play this month with a ranking still inside the top 8. The Swiss, who has played just two matches since the 2020 Australian Open, will face either Jordan Thompson or Pablo Andujar in the second round of next week’s Geneva Open, after his first-round bye.

39-year-old Federer also gave his thoughts on retirement, his plans for the 2021 season, the Olympic debate, and his own recent coronavirus vaccination.

Federer says that he’d be around 800 in the world if he had taken so much time off during a normal year. But he adds that ranking is not his primary concern. Perfect health is what matters.

“I don’t think so, everybody is playing completely now,” he said. “The only help I might have had is the ranking. I should be 800th (around 315 in reality) because I didn’t play. I’m still Top 8. Okay, that’s good for being seeded. But it doesn’t change anything for me: if my knee isn’t 100 percent, if I’m not 100 percent physically, I know I won’t be good enough. But I know that if I’m 100 percent, I’m far better than 800th. Let’s see how the two next months will happen. Happy to see that [coronavirus protocols] will start to relax again this week in Geneva.”

The Swiss is hoping to play at the Olympics but he said he completely understands the Japanese population’s resistance. Still, he hinted that he feels the games will go on as planned.

“We barely hear about them at the moment,” he said of the Olympics. “They should happen. I heard that a lot of people were against the games in Tokyo.”

Federer is aware of the fact that the Japanese population is resisting the games, and also the fact that in Japan the rate of vaccination is severely lagging (according to Reuters: 2.2 percent).

“Two percent of the Japanese population seem vaccinated,” he said. “I’m between two schools. I would be so happy to play and win a medal for Switzerland. But if it can’t happen because of the situation, I will be the first to understand it. I think that sportsmen need a decision. Now, we feel that it’s going to happen. But it’s not settled. And as an athlete, if you feel that people resist, it might be better not to go. I don’t know.”

Federer is now fully vaccinated and says that he did it primarily to avoid doing harm to others.

“I took the Pfizer,” he said. “With all the travels I have, I don’t want to spread it above all. We’re still very careful with friends and family.”

Retirement? Federer will reassess after the summer, but no plans…

The Swiss is embarking on a long journey that will take him through Geneva, to Paris for Roland-Garros, then into Germany for the grass court season, of course Wimbledon, and potentially Tokyo for the Olympics. He says he will make the trip without family.

However difficult that will be for the father of four, Federer says that he is thrilled to have the chance to be with what he calls his “second family” – the fans, the media and his peers on tour.

“Tennis still brings passion and pleasure to me,” he said. “I missed tennis. Tournaments direction, fans, medias, they are my second family. It’s difficult to leave that.”

And on the question of retirement. Federer insists there are no plans for it. At least not yet. He says he will reassess his physical and mental state at the end of his two-month journey with his “tennis family”.

“The knee and the family will drive that,” he said when asked if the end of his career is scheduled.” The idea is to come back, see at what level, and then see how I can handle stress and everything. No plan at the moment.”