Aryna Sabalenka in 2020: Three titles, but slams still a struggle

Belarussian Aryna Sabalenka has all the power and skills required for success at the very top level, but as she heads into 2021 the Grand Slams remain an obstacle to overcome. 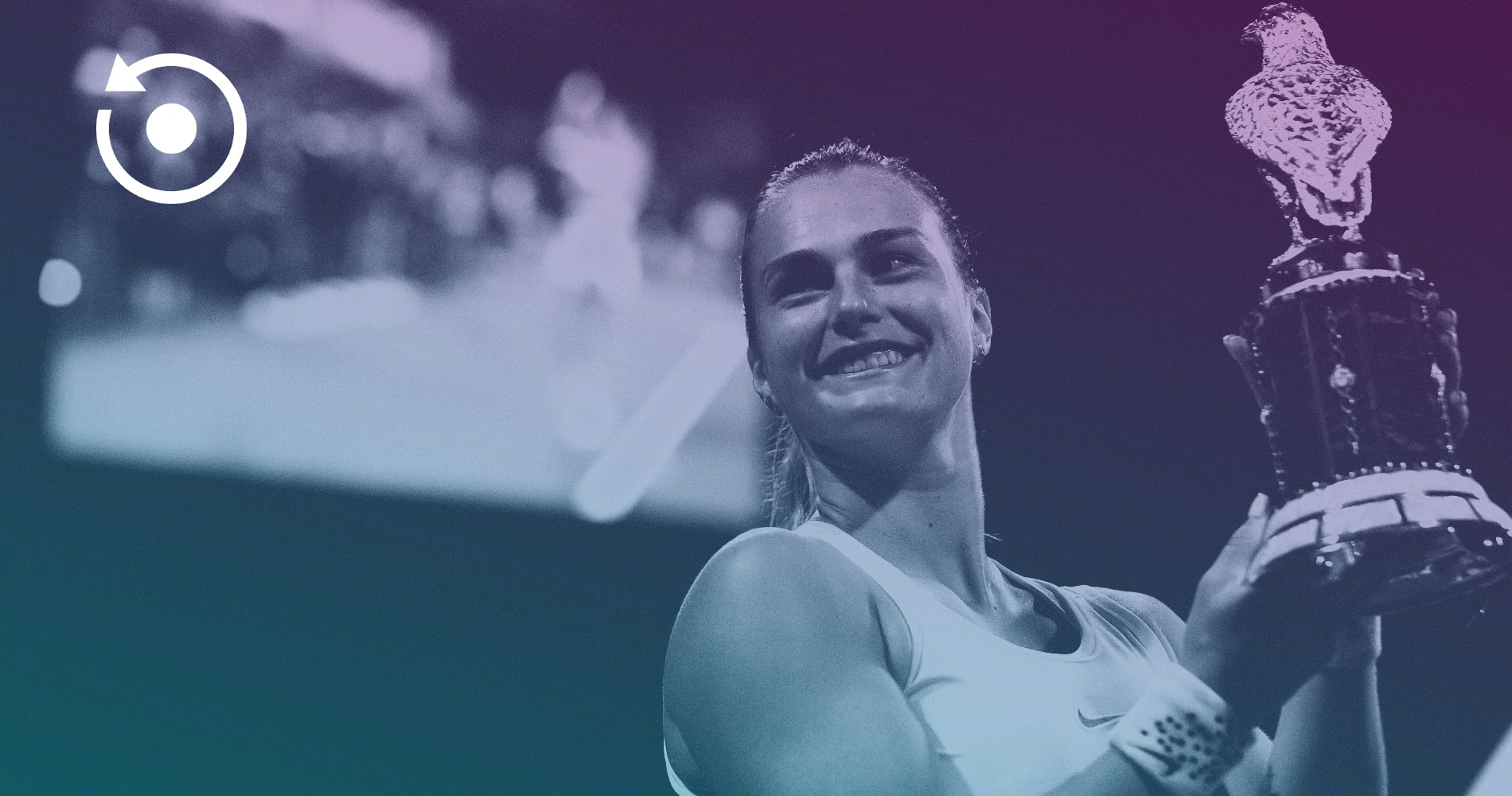 It looked like Aryna Sabalenka would end 2020 the way she began it: ranked No 11 in the world. However, two titles in her last two tournaments propelled her into the top 10. Although that was a stellar way to conclude 2020, Sabalenka is still trying to figure out how to produce her best in the biggest events.

Sabalenka won her first title in Doha, with a brilliant performance in the final to deny Petra Kvitova. But in many ways her victory in Ostrava was even more impressive. After beating Coco Gauff in her first match in a deciding tiebreak, she trailed Sara Sorribes Tormo of Spain 6-0, 4-0, only to turn the match completely on its head, winning 12 games in a row to clinch victory. From there, she was unstoppable, beating Jennifer Brady and then Victoria Azarenka to secure her seventh career title.

2020 was another disappointing year in the slams for Sabalenka, who lost in the first round at the Australian Open and the second round at the US Open, although at least there it was to the eventual runner-up Victoria Azarenka. Her best showing was at Roland-Garros, where she reached the third round before being undone by the wiles of Ons Jabeur. 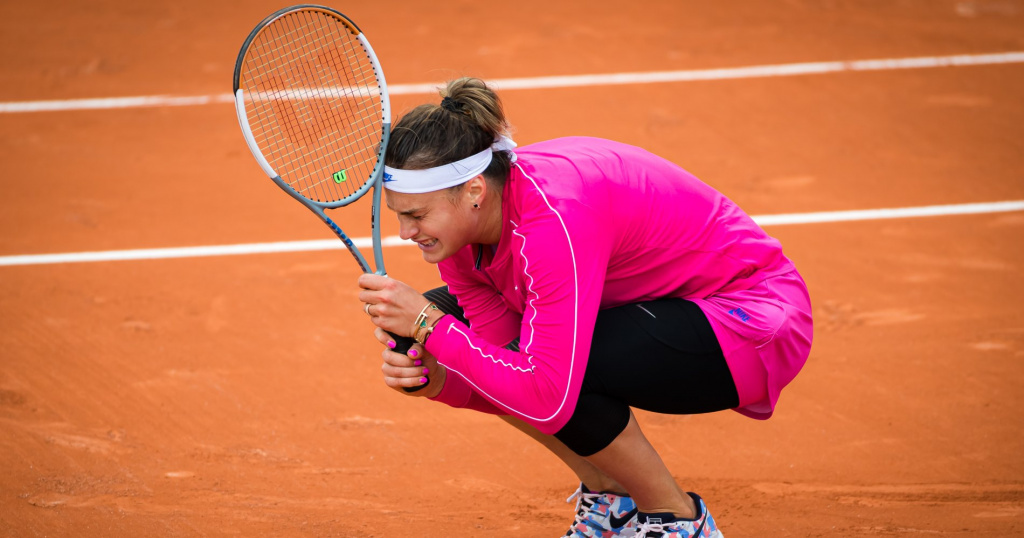 Beating Kvitova to win in Doha was probably the single best win of her year. Kvitova had taken out world No 1 Ash Barty in the previous round and was most people’s favourite but Sabalenka produced a powerful, perfect performance to win 6-3, 6-3.

It has to be losing in the first round of the Australian Open. Though Carla Suarez Navarro, who won the clash 7-6, 7-6, is a fine opponent, Sabalenka had been talked up in some quarters as a potential champion but she went out in round one for the second time in three years. 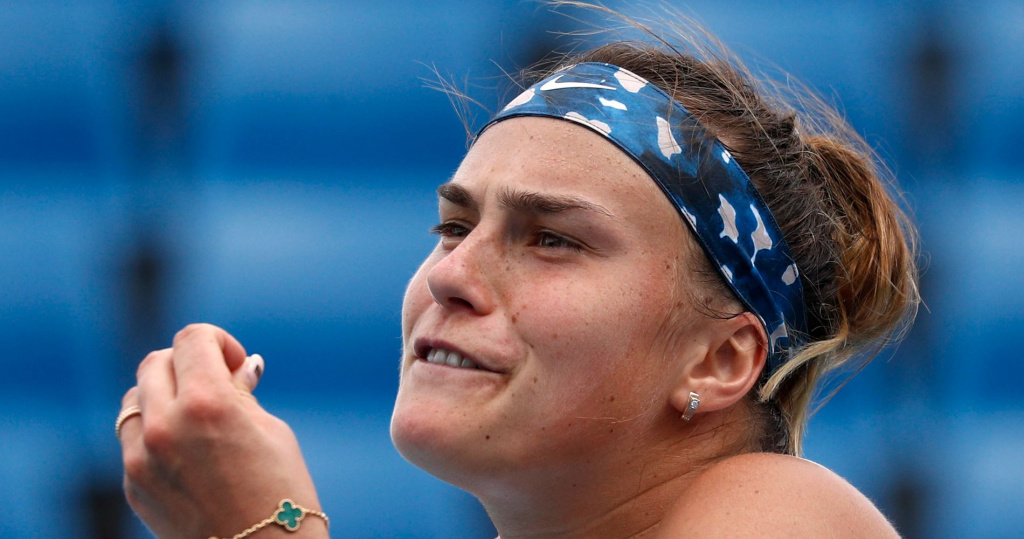 Sabalenka’s known for her fiery nature on court but off it she can be lots of fun – and a pretty good dancer too.

After the low of Australia, Sabalenka was glad to show her best form at the end of the season, particularly in the final in Ostrava against Azarenka.

“I’m so excited I was able to handle a high level from her from the very first point,” Sabalenka said. “I was able to stay with her and it didn’t affect me, so I’m really happy to get this win. It’s so important for me.”

“After some of the tough matches I had, I felt less pressure going into the others. I was able to play more freely, and I knew I could come back no matter what. Matches like the ones I played this week helped me be more consistent and focused.” 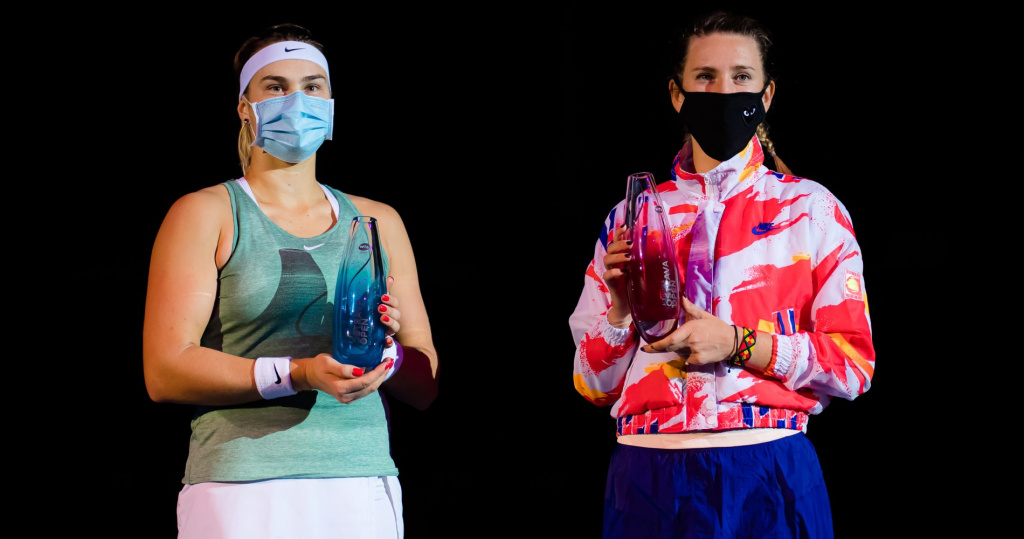 When she is on her game, Sabalenka’s power makes her a massive threat on all surfaces, but particularly on hard courts, where she feels more secure in her footwork. But the Grand Slams remain a problem for her, with just one fourth-round showing in her career so far. Figuring out how to handle the pressure of the biggest occasions is something she will need to do if she is to compete with the very best when it matters most.

But at 22, she is still learning on the Tour and sitting just outside the world’s top 10, she knows that if she can get it right on any given fortnight, then she can be a contender. She will hope to prove it in 2021.