Every day, Tennis Majors looks back at the biggest moments in tennis history. On February 17, 2013, Victoria Azarenka beat Serena Williams to win the Doha event 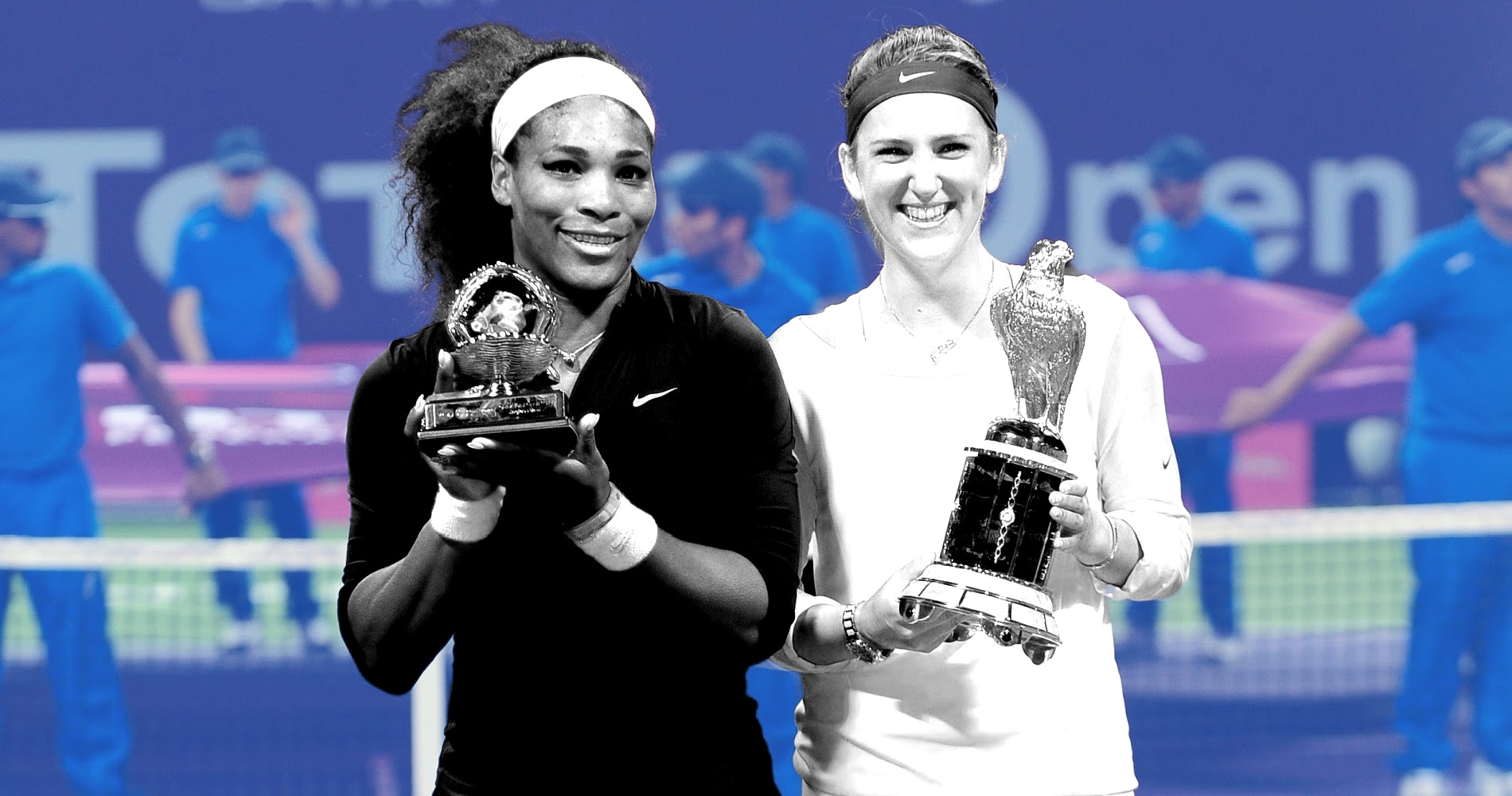 On this day, February 17, 2013, in the final of the tournament in Doha, Victoria Azarenka defeated Serena Williams (7-6, 2-6, 6-3) for the second time in 13 encounters, although the American was about to take the world No 1 ranking away from her on the following day. Azarenka had been holding the spot for 32 weeks, taking her total number of weeks as world No 1 to 51. Serena would remain at the top of the WTA for 186 consecutive weeks, equaling Steffi Graf’s record of the longest uninterrupted reign in the history of women’s tennis. 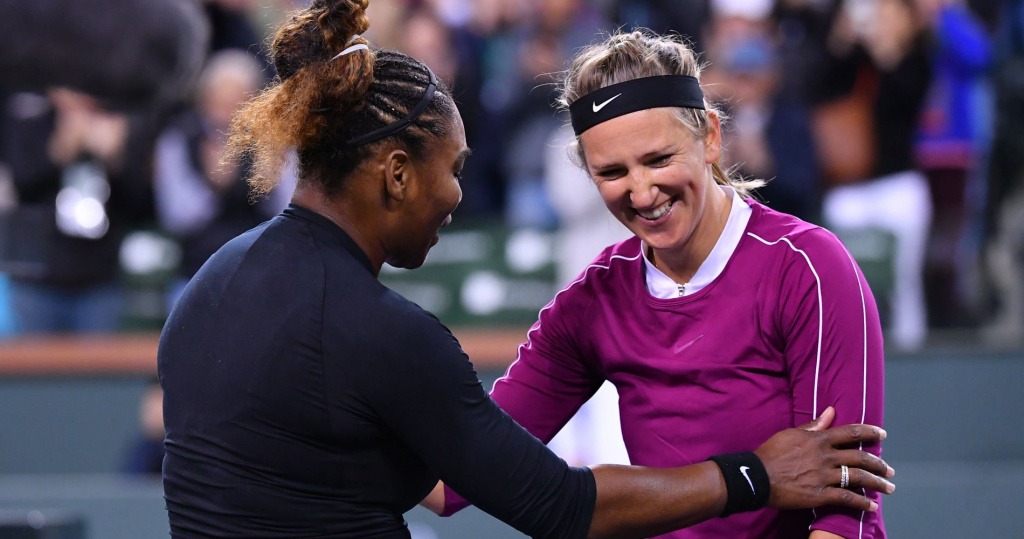 Serena Williams, born in 1981, is the youngest of the Williams family. Her older sister Venus, at the start of her career in 1997, had declared that her main rival for world No 1 would be her younger sister Serena. At the time, the tennis experts did not know whether she was joking or just being provocative. They soon discovered how serious Venus was. Serena’s breakthrough year had been 1999. That year, in September, to general surprise, she claimed her first Grand Slam title before her older sister, beating Martina Hingis in the US Open final (6-3, 7-6). She also won the doubles event, partnering Venus, and by the end of the year, she was world No 4. In 2001, she reached the US Open final, falling to her sister in the first Major tournament final contested by two sisters during the Open Era. Between Roland-Garros 2002 and the 2003 Australian Open, she took her career into a new dimension, accomplishing an extraordinary feat which was known as the “Serena Slam” : she claimed the four Grand Slam tournaments consecutively, beating her sister Venus each time in the final round. Between 2004 and 2006, she was less dedicated to her tennis career, and, despite another Grand Slam won at the 2005 Australian Open, she even took a break from the tour in 2006. She came back stronger than ever in 2007 and, over the following years, she accumulated numerous major titles. After a great 2012 season during which she triumphed at Wimbledon, the Olympic Games, the US Open and the WTA Finals, she was now running to reclaim the world No 1 spot, which she hadn’t held since October 2010. 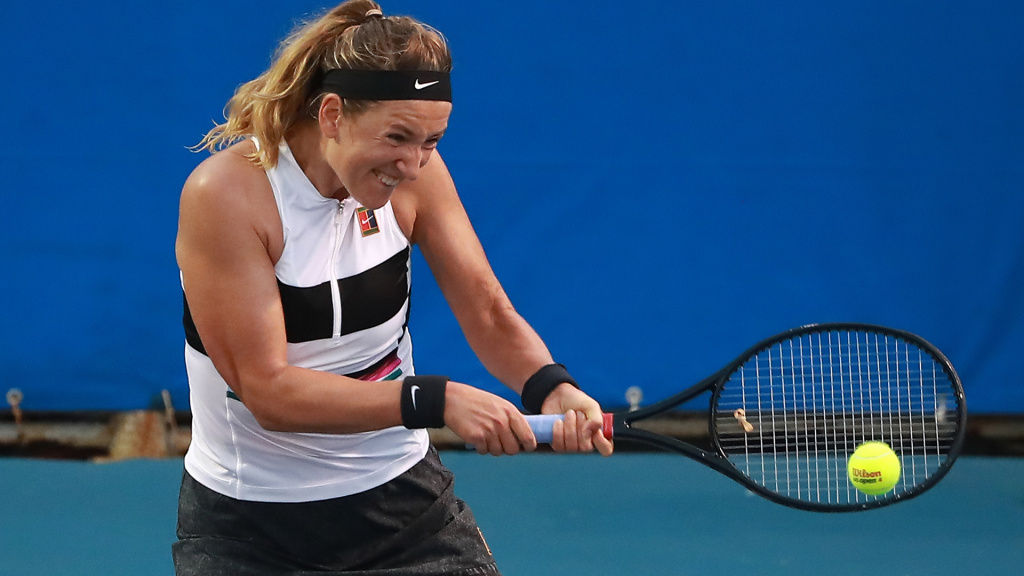 Victoria Azarenka was born in 1989 in Belarus, but she left her country as a teenager to improve her game in the United States, in Scottsdale, Arizona. She attended her first WTA events in 2005, and she broke into the top 100 in 2006. The following year, she reached her first final on the Tour in Estoril (defeated by Greta Arn, 2-6, 6-1, 7-6) and reached the US Open fourth round (lost to Svetlana Kuznetsova, 6-2, 6-3) and finished the year in the top 30. In 2009, she reached the quarter-finals of a Grand Slam tournament for the first time at Roland-Garros (lost to Dinara Safina, 1-6, 6-4, 6-2) and claimed her three first titles, the most important one in Miami, where she beat Serena Williams in the final (6-3, 6-1). She took her career to a next level in 2011: reaching the semi-finals at Wimbledon (lost to Petra Kvitova, 6-1, 3-6, 6-2) and finishing runner-up to the same Kvitova at the year-end Masters Cup in Istanbul (7-5, 4-6, 6-3), she finished the year as world No 3. In 2012, she reached world No 1 by winning her first Grand Slam tournament in Melbourne, defeating Maria Sharapova in the final (6-3, 6-0). Having accumulated six titles throughout the season and reached the US Open final (defeated by Serena Williams, 7-5, 6-7, 6-1), she finished the season at the top of the WTA ranking. She started 2013 by successfully defending her title at the Australian Open (defeating Li Na in the final, 4-6, 6-4, 6-3). 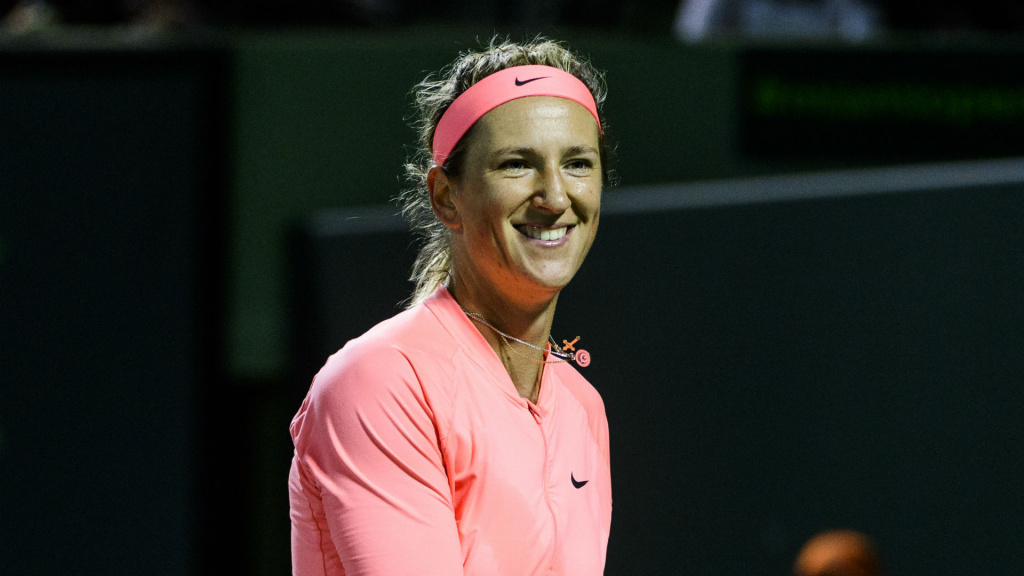 At the start of 2013, Victoria Azarenka was at the peak of her form. She had spent most of 2012 as world No 1, and she had managed to defend her title at the Australian Open. However, despite these great results, she was just about to be overthrown by a hurricane named Serena Williams. The American, after having lost in the first round of a Grand Slam tournament for the first time of her life at the 2012 French Open, had hired a new coach, Patrick Mouratoglou, to bounce back, and since then, she had been almost unbeatable. In the second half of the year, she had triumphed at Wimbledon, the Olympic Games, Flushing Meadows and the Masters Cup. At the 2013 Australian Open, she had been surprisingly defeated by a rising star named Sloane Stephens (3-6, 7-5, 6-4), but when she reached the final at the Qatar Open, she was already assured to reclaim the world No 1 spot from Azarenka, her opponent on February 17, 2013.
Even though she had left a lot of energy in the quarter-finals to get rid of Petra Kvitova (3-6, 6-3, 7-5), and appeared to be bothered by an unhealed ankle injury, Williams was the favourite of this final. Only once had she lost to Azarenka in her 12 previous encounters, and she was heavily dominating the game since the last Wimbledon.
However, struggling with her first serve, the American lost the first set, 7-6, making 26 unforced errors. In the second set, it was Azarenka’s turn to encounter issues with her serve, making only 39% of first serves, and Williams logically won the set, 6-2.
In the deciding set though, Azarenka seemed to have more stamina and outplayed her opponent, 6-3.
“It feels incredible,” Azarenka said. “You know, this tournament is really great. … It had such a strong field going into it, and I’m really glad that at the end of the week I’m the one who’s holding the trophy. “This whole week, I just don’t think I played my best tennis and I was fighting every match. I can’t play that quality game against a top player like Victoria. I have to be able to pick up my game, and I wasn’t able to do that today. I stayed at a two out of a 10, and I can’t play that low. (…) I’m definitely not happy, but I’m No 1,” she said in a smile.
Aged 31, she was the oldest player ever to hold the world No 1 ranking.

Serena Williams would remain world No 1 for 186 consecutive weeks, tying Steffi Graf’s record. She would appear at the top of the WTA ranking for the last time in 2017, having spent 319 weeks as world No 1 in the past 15 years. Holding 23 Grand Slam titles, she would still be chasing Margaret Court’s record in 2021.
Victoria Azarenka would never reclaim the world No 1 spot, nor would she claim a third Grand Slam crown. Defeated in the 2013 US Open final by Williams (7-5, 6-7, 6-1), she would then struggle with injuries and personal injuries for many years. She wouldn’t reach another Grand Slam final until the 2020 US Open, where she would finish runner-up to Naomi Osaka (1-6, 6-3, 6-3).