As the tennis world begins to come out of lockdown, we celebrate those who found a special way to keep the sport alive through their personality, energy and wit. We rank the top 30. Here, we bring you No 10 to No 6. 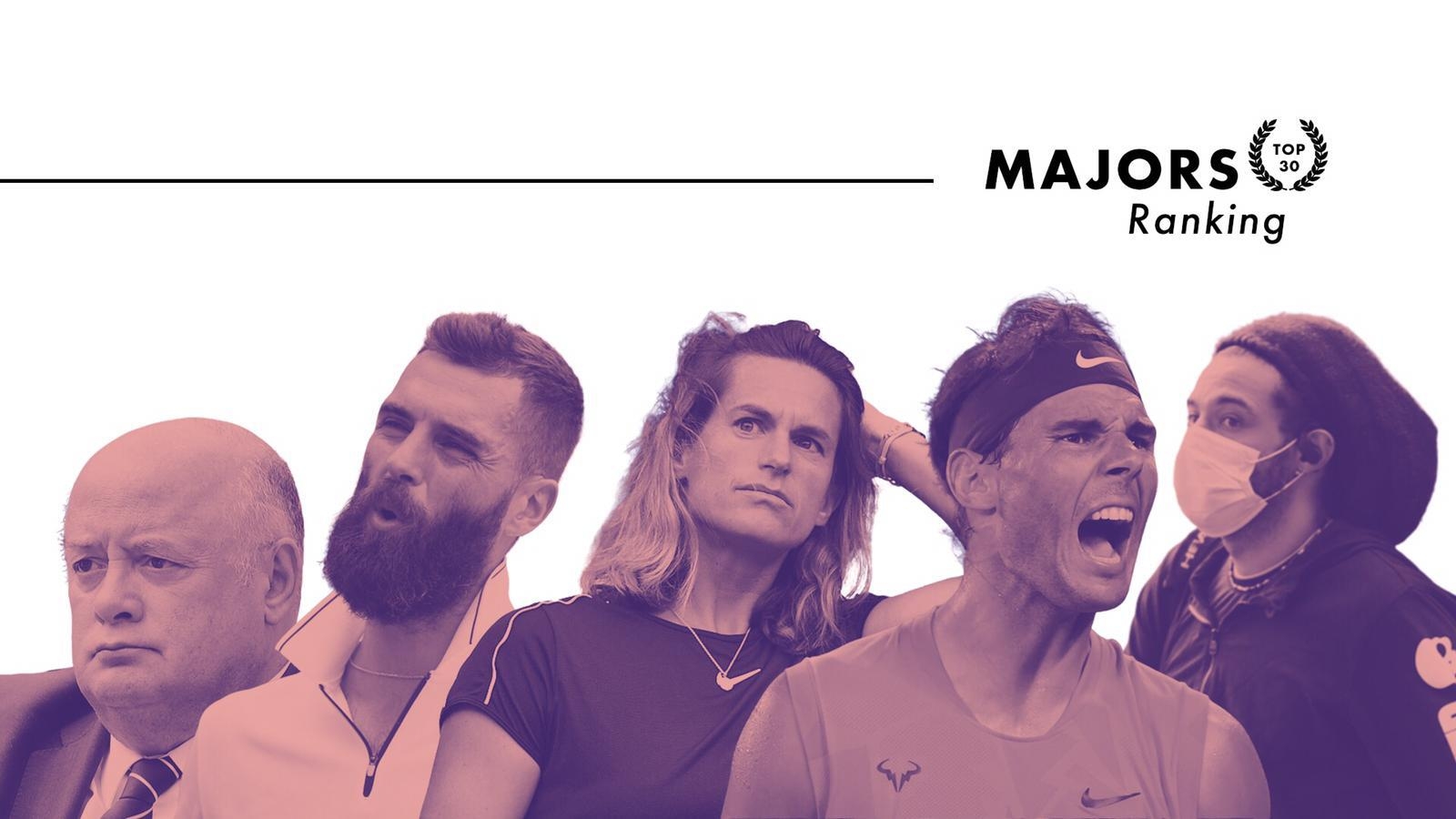 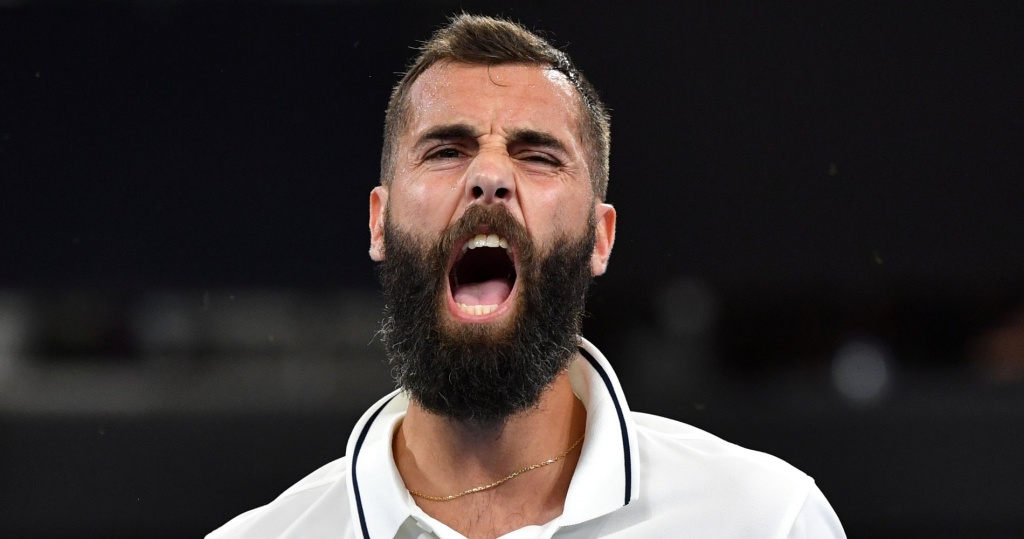 What Benoit Paire did

Together with Stan Wawrinka, Frenchman Benoit Paire launched the Instagram Live trend. He did four with the Swiss and also many with some friends. The world No 22, who turned 31 on May 8, has proved to be really funny, expressed some views he probably wouldn’t have done in front of journalists, including discussion his doubts as a tennis player and shared fun facts such as “having had sex one hour before a match” at Roland-Garros.

Overall, fans and sponsors have been thrilled by players’ initiatives on social media during the lockdown.

Benoît Paire is bringing something different to tennis at a time when the communication of many top players is very codified and sometimes too featureless. The Frenchman tells what he thinks and reveals his true personality.

Paire has started training again and will participate in the Ultimate Tennis Showdown (UTS) at the Mouratoglou Academy, starting on June 13th. And you know he could start an Instagram live at any moment.

#9 Dustin Brown, perhaps the most active player in the world right now 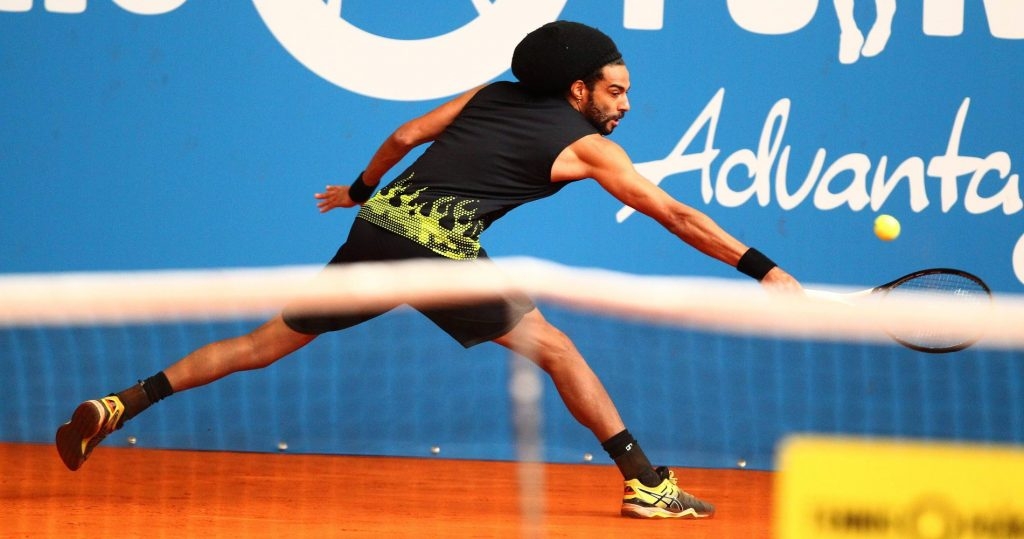 What Dustin Brown did

If there was a ranking based on the tennis organised during the suspension of the ATP and WTA tours, Dustin Brown might well be the world No 1. Indeed, the German participated in the three editions of the TennisPoint Exo-Tennis, played in Höhr-Grenzhausen, Germany, in May, and is scheduled to play in the Ultimate Tennis Showdown (UTS).

In the first edition of Exo-Tennis, he lost in the final to fellow German Yannick Hanfmann, No 30 in our lockdown stars ranking. In the two next, the man who beat Rafael Nadal at Wimbledon in 2015, won 10 matches and lost six.

As he usually does, Brown came up with several outrageous winners during his matches. The flamboyant German showed tennis was very much still alive.

“It’s nice to finally play, it’s a little surreal to be honest, with everything that is actually going on in the world,” the former world No 64 said during the first edition of Exo-tennis.

We are looking forward to seeing Brown in action from June 13th at the Ultimate Tennis Showdown, where he will doubtless embody Patrick Mouratoglou’s desire for more entertaining tennis.

#8 Amélie Mauresmo, no vaccine = no tennis

What Amelie Mauresmo did

While others were trying to be optimistic about when tennis might return to something like normality, Mauresmo cut straight to the point, being the first saying that we should draw a line under the rest of the 2020 season. “No vaccine = no tennis”, she said, as soon as March 31st.

Nobody had gone so far before the Wimbledon 2006 champion. Her fellow players, past and present, backed her up, including Rafael Nadal. And in fact, she’s right : until players, fans, officials, ball boys and anyone connected with tournaments can travel, safely, around the world, tennis tours will not be back to normal.

The ATP and WTA Tours are suspended until July 31, so we’ll have to wait a while longer. The US Open is considering playing behind closed doors, as is Roland-Garros.

#7 Bernard Giudicelli, the man behind the Roland-Garros unilateral move

What Bernard Giudicelli did

It takes courage to stand out from the pack and that’s certainly what Bernard Giudicelli did when the French Tennis Federation announced, on March 17th, that this year’s Roland-Garros would be moving to September because of the Covid-19 pandemic.

It was not a calendar move, il was shock. As Roland-Garros is one of the four Grand Slam events and as a result, whatever it says or does impacts the other three slams and the rest of the tennis world. The unilateral move, putting the start of Roland-Garros just a week after the end of the US Open, did not sit well with the other Grand Slams but the FFT felt it had to act first, and quickly, before events might have made a move impossible. Other governing bodies tackled the FFT for this unprecedented move, but Giudicelli stands on the belief he was right. 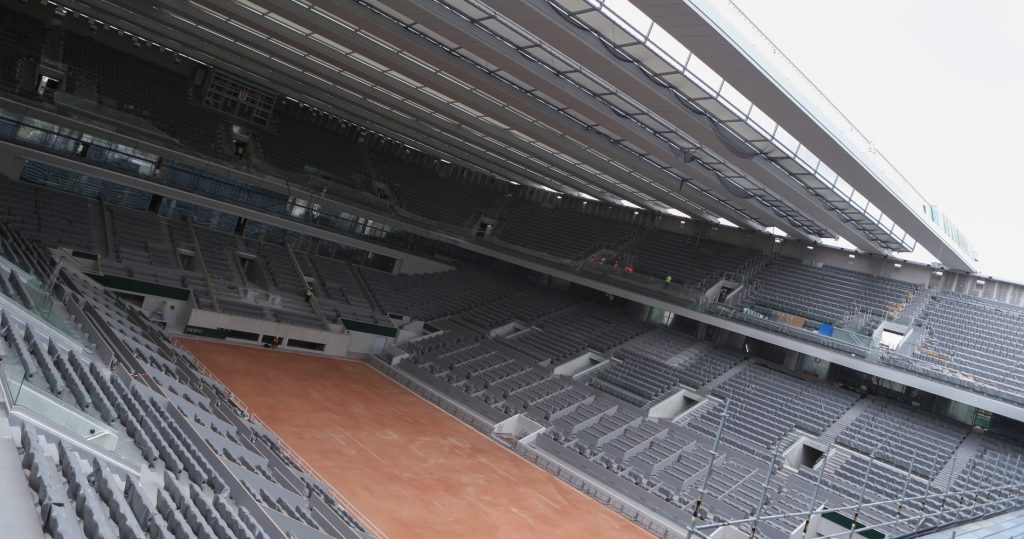 The French Open might be the only Grand Slam played after the coronavirus outbreak, as Wimbledon is cancelled and New-York fighting desperatly with the virus. Tournament director Guy Forget stated that it could be organised from September 27th or even October 4th. All tickets holders have been refunded but Giudicelli said that a closed doors tournament was a serious option. French authorities have authorized tennis but not in competition, so far.

#6 Rafael Nadal, active on all fronts (like on the court)

What Rafael Nadal did

Rafael Nadal donated a shirt he wore at Roland-Garros in 2019 to be sold at auction to support the hospitals and encouraged Spanish people to donate. The 19-time Grand Slam champion also narrated a motivational video published by his Academy to help people accept the constraints of the lockdown, within the scope of his campaign “Our best victory”, that made the headlines of the sport newspapers in Spain.

Nadal also stayed in touch with his fans on social media, sharing several stories. He shared an Instagram live with Roger Federer and Andy Murray in which he shared some interesting facts. And he participated in the Mutua Madrid Open Virtual Pro.

Perhaps most importantly of all, in tennis terms, he took part in the debate over how best to raise funds for lower-ranked players, backing Federer’s proposal for a merger between the ATP and WTA Tour, and giving his thoughts to Djokovic’s controversial stance on vaccination. He also said he was considering organising an exhibition tournament at his Academy while the Tours are still suspended.

Why it matters
Nadal knows he is an inspirational figure for many and made the most of it to help people during those tough times. His posts on social media have rejoiced his fans, keeping tennis alive. Like Federer, Nadal also demonstrated that apart from being one of the most successful players in history, he also genuinely cares for the game and wants to act to help tennis grow.

What next
We would love to see live tennis soon at the Rafael Nadal Academy. And later, the Spaniard will be looking to claim an astonishing 13th crown at Roland-Garros, if the tournament is held this year, something he doubts.