Every day, Tennis Majors takes you back in time to relive a tennis event which happened on this specific day. On this day, June 10, 1986, Ivan Lendl edged Boris Becker in the final of the Stratton Mountain Open (6-4, 7-6). 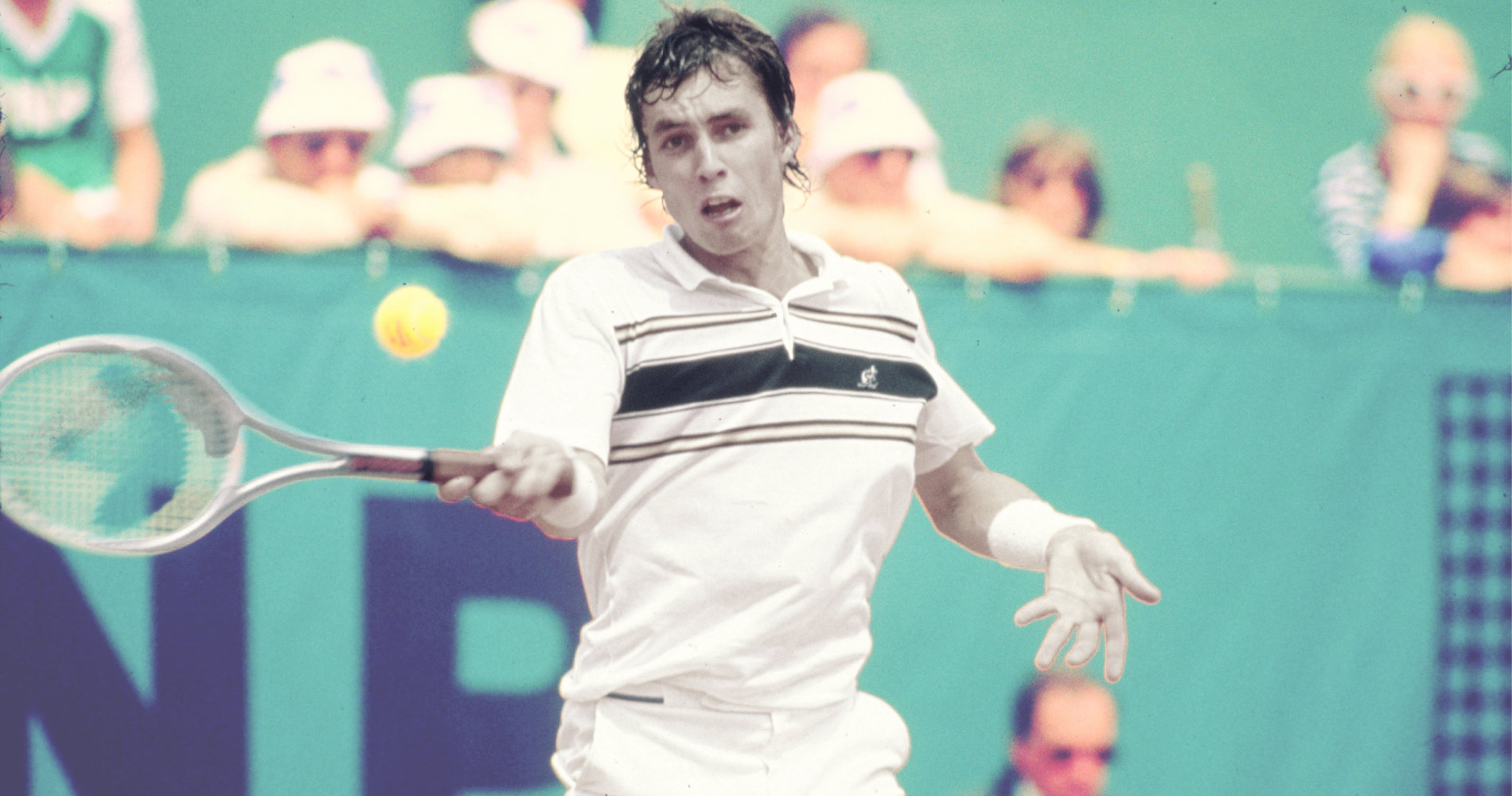 What happened exactly on that day:

On this day, the 10th of June 1986, Ivan Lendl edged Boris Becker in the final of the Stratton Mountain Open (6-4, 7-6). It was more than just another win in Lendl’s career : the Czech took his revenge from the Wimbledon final, a month before, where the German had beaten him in straight sets (6-4, 6-3, 7-5). This match put an end to a thrilling edition of the Stratton Mountain Open, where the sixteen year old qualifier Andre Agassi had made himself famous by defeating seed No 5 Tim Mayotte, and where Boris Becker, on his way to the final, had saved match points in both the third round (against Kevin Curren) and the semi-final (in an epic match against John McEnroe). With this shock between two generation of players, the competition was also fierce in press conferences and a lot of interesting comments were made by the players.

Born in 1960, Ivan Lendl was world No 1 in August 1986. After turning professional in 1978, he stood as one of the four best players in the world since 1980, along with Bjorn Borg, John McEnroe and Jimmy Connors. Although he had won dozens of ATP tournaments, including the Grand Prix Masters in 1981 (defeating Vitas Gerulaitis, 6-7, 2-6, 7-6, 6-2, 6-4), he didn’t claim a Grand Slam title before 1984. In fact, he had been defeated four times in Grand Slam finals, once in Roland-Garros (in 1981, defeated by Bjorn Borg), twice at the US Open (beaten by Jimmy Connors in 1982 and 1983), and once at the Australian Open (lost to Mats Wilander in 1983). In 1984, Lendl eventually triumphed at the 1984 Roland-Garros, defeating McEnroe in an epic final where he came back from two sets down to lift his first Grand Slam trophy. In 1985, he reached the final at the French Open (defeated once again by Wilander), but at the US Open, a few weeks after becoming world No 1 again, he claimed a second Grand Slam crown, edging McEnroe in the final (7-6, 6-3, 6-4). In 1986, he clinched a second Roland-Garros trophy, beating Mikael Pernfors (6-3, 6-2, 6-4), but at Wimbledon, he finished runner-up to the young defending champion Boris Becker (6-4, 6-3, 7-5). Lendl set new standards in the baseline game, with a very powerful topspin forehand that allowed him to play aggressively while staying extremely consistent, pushing his opponents into a very tough physical challenge. He also set new standards in work ethics, practicing more than anyone before, paying attention to his fitness and to his diet in a way which tennis players were not used to. 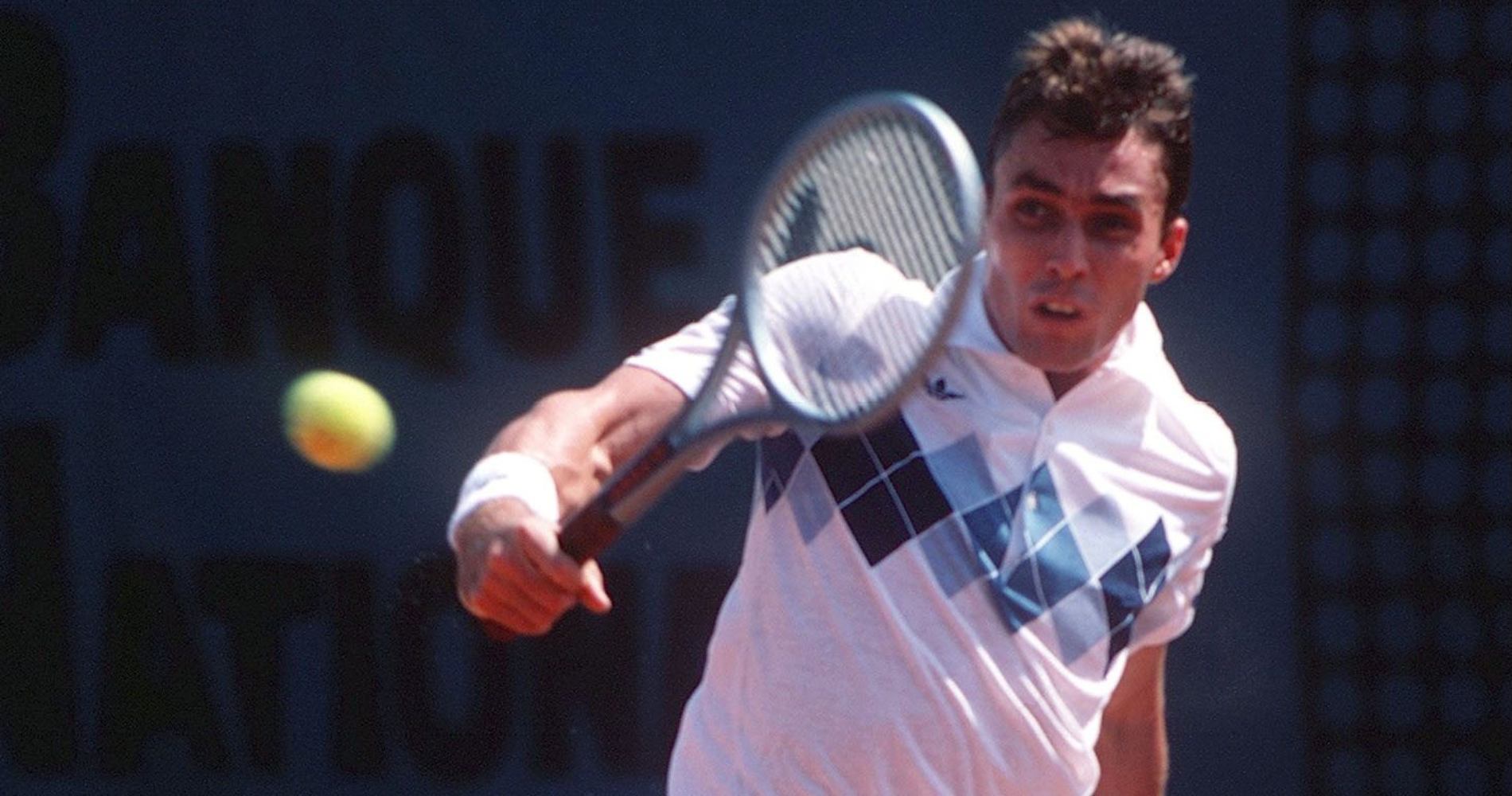 Boris Becker was born in 1967. In 1985, the German became the youngest ever Wimbledon champion at the age of 17, edging Kevin Curren in the final (6-3, 6-7, 7-6, 6-4). His powerful serve, which he often followed to the net, earned him the nickname “Boom Boom”. He was famous for his spectacular diving volleys, as well as for his dramatic play and emotional outbursts. After his spectacular triumph at Wimbledon, the German confirmed his status by claiming the title in Cincinnati, beating Mats Wilander in the final (6-4, 6-2). Finishing the year as world no.6, he qualified for the Masters Cup where he reached the final, where Ivan Lendl outplayed him (6-2, 7-6, 6-3).With his great power, Becker successfully defended his Wimbledon crown in 1986, defeating world No 1 Ivan Lendl in the final (6-4, 6-3, 7-5) and was now the second player in the world.

The Stratton Mountain open, played on hard court, was established in 1985. Thanks to its ideal spot in the professional schedule and to an attractive prize money, the best players in the world had attended its two first editions. In 1985, world No 1 McEnroe had edged world No 2 Ivan Lendl in the final, and in 1986, the two best ranked players in the world (Ivan Lendl and Boris Becker) were in the draw.

When Ivan Lendl and Boris Becker walked unto the Stratton Mountain center court on the 10th of August, they were about to play the last match of an extremely exciting tournament. The two best players in the world had attended the tournament: Lendl and Becker. On top of that, former world No 1 John McEnroe, who had taken a step back from tennis in the last six months, had chosen Stratton Mountain to come back on the tour. These three stars had all made their way into the semi-finals, to the delight of the tournament director. On his way, John McEnroe had defeated young Andre Agassi, aged 16, who had made his way through the qualifications and defeated world No 12, Tim Mayotte. Although McEnroe edged the Las Vegas Kid in straight sets (6-3, 6-3), the young player made a great impression on the public and on McEnroe himself who said after the match: “No one ever hit a return that hard at me. I never even saw the ball.”

The highlight of the tournament had been the semi-final between Becker and McEnroe, a match won by Becker (3-6, 7-6, 7-6) after he saved four match points in the final-set tiebreak. After a two-and-a-half-hour thriller, where both players tried to intimidate each other, the clash had continued in the press conference, according to the New York Times ” He feels everyone is trying to do bad to him, to cheat him. Even though he was off for six months, it is still the same. It’s sad.”, said Becker. ‘It’s always special to beat McEnroe. I’ve always said he is a great player but I haven’t said he is a great human being.” Meanwhile, McEnroe was not impressed by Becker’s attitude: “I told him to respect me. Let him win some tournaments to establish himself. We’ve all won Wimbledon.”

After this epic semi-final, Becker woke up exhausted, on the 10th of August : “When I got out of bed this morning, I said, ‘Ooof, I’m still in the tournament.’ I thought it was the final yesterday, so it was very tough to come back today and play it again”. Especially because his opponent of the day, Lendl, had not intention to show any mercy. Becker had deprived him from the Wimbledon crown a few weeks before and was now chasing him for world No 1. After their final in London, Lendl had issued a warning : “He won today – no question about it. But I am still not prepared to give up the title, or whatever you want to call it. Now it depends on the US Open. That will tip the scales.”

When the match started, the Czech dominated the game against a drained Becker. Lendl took the first set 6-4, but in the second set, Becker, relying mostly on his serve, pushed the world no.1 into a tie-break. Lendl did not panic and soon, he was up 6-0, with six consecutive match points. As reported by the Los Angeles Times, the German then tried to break his concentration by provocatively talking to him : “Curren had two match points, McEnroe four. You think I can come back from six?’”.

“You’d better hurry back because otherwise you’ll get a penalty point.’’, said Lendl in response. The scheme did not work. The merciless Czech sealed the tie-break 7-0 and became the 1986 Stratton Mountain champion.