Every day, Tennis Majors takes you back in time to relive a tennis event which happened on this specific day. On May 18th, 1909, Fred Perry, one of the legends of British tennis, was born 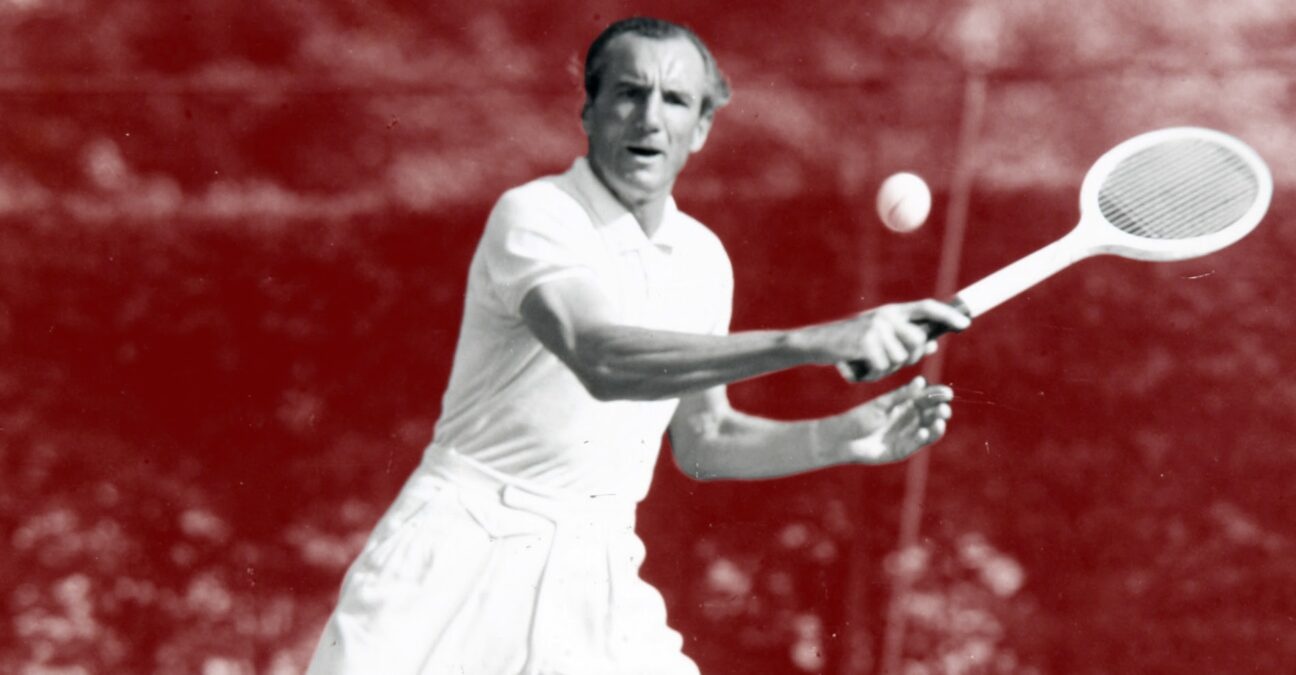 On this day, the 18th of May, 1909, Fred Perry – the first tennis player to win all four Grand Slams – was born in Stockton, England. Although everybody knows Fred Perry’s clothing brand, not everyone outside of the United Kingdom knows that he was a true tennis legend before he became an entrepreneur.

Even fewer people remember how great a player he was, and even fewer know that, before even playing tennis, he was also champion of the world…in table tennis. Let’s take a closer look at Fred Perry’s life, the reasons why his great career was largely overlooked for decades and how the working-class tennis player eventually owned a multi-million dollar company.

Fred Perry had started his successful sporting career in table tennis, which was a new international sport at the time. He played well enough to become champion of the world in Budapest, in 1929. Advised by his father, he quit table tennis the following year to become more serious about lawn tennis, a sport which made him internationally famous. Soon, he was on his way to also become the best at his new favourite sport.

Perry had tremendous hand-eye coordination but he also had solid strokes, punchy volleys and a reliable overhead and serve. Playing an aggressive game, but not always serving and volleying, he was also a great mover and his running forehand caused a lot of damage. His strong sense of self-confidence often helped him to prevail in close matches. A friend recalled at his funeral how he once entered the locker room and said: “Thank God I’m not playing me today.”

During his amateur career, Fred Perry claimed eight Grand Slam titles, including three Wimbledon titles in a row, without dropping a set, between 1934 and 1936, and three US Open crowns in 1933, 1934 and 1936. He only attended the Australian Open twice and won it in 1934. When he eventually won Roland-Garros in 1935, he became the first player in tennis history to complete a career Grand Slam. This feat would remain rare but would be overlooked in tennis history books as, in 1938, Don Budge would achieve something bigger, winning the four events in the same season. Their followers would be :

Perry also participated in four successful Davis Cup campaigns under the Union Jack. At the end of 1936, Perry decided to turn professional and went touring in America. There, he competed on the Pro Tour for several years, his biggest rivals being Ellsworth Vines and Budge. His busiest years were 1938-1941, during which he won two US Pro titles.

Perry’s success attracted the adoration of the working-class crowd as he contrasted with the privileged background associated with the All England Club at the time. According to the author Kevin Jefferys: “Fred Perry, by contrast, refused to conceal his ambition and indulged in gamesmanship such as making offensive personal remarks to opponents.” According to Jack Kramer, Perry was also known to infuriate the other players by saying “very clevah” every time they hit a nice shot.

The antagonism between Fred Perry and tennis establishment was easy to explain. The Perry family had working-class roots and as he started making his way into the last rounds of major tennis tournaments, he had to face many who didn’t see him as part of their world. One of his Davis Cup teammates called him a “bloody upstart”, and when he won his first Wimbledon title against the Australian Jack Crawford, he overheard an All England Club committee member saying that it was a day “when the best man didn’t win”. His All England Club member’s tie, the acknowledgement of his Wimbledon win, was dropped over the back of his seat in the dressing room. There was no word of congratulations, and the incident deeply wounded him. “Instead of Fred Perry the champ I felt like Fred Muggs the chimp,” he said.

This social antagonism partly explains why the British LTA overlooked Fred Perry’s achievements. The final straw, at the end of 1936, was the fact that he decided to turn professional, which was then considered shameful by the LTA. When Perry left for the United States, an official from the Lawn Tennis Club of Great Britain informed him that he should never wear the club sweater again. “I made sure he wouldn’t have to worry about that,” Perry said. “I sent a sleeve to him as a present.”.

It took decades before the relationship between Perry and the British LTA improved. First, the start of the Open Era released the tension between professionals and amateurs, which made the fact that Perry had turned pro less of a treason in the eyes of the association. There was another reason why Perry’s name started to be associated with glory again: the lack of a successor. Years, then decades, passed as no British man was able to claim a Grand Slam title. In the professional era, only two British men managed to reach a Grand Slam final before the end of the 20th century: John Lloyd (defeated by Vitas Gerulaitis in the 1977 Australian Open final) and Greg Rusedski (beaten by Pat Rafter at the 1997 US Open).

Perry became “the last British man to have claimed a Major title” and the last British man to have triumphed in Wimbledon. In 1984, a bronze statue was erected at the All England Club to commemorate the 50th anniversary of his first title in 1934. Eventually, 76 years after Fred Perry’s last Grand Slam title, Andy Murray, from Scotland, triumphed at the 2012 US Open, before winning Wimbledon in 2013 and 2016.

Fred Perry: the playboy and the clothing brand

Already known for his off-court romances, Perry became more famous for his clothing brand than his tennis achievements in his later life. One of the 1930s’ best-known bachelors, he was famed for several love affairs with famous actresses such as Marlene Dietrich. He was married three times between 1935 and 1945 before he eventually married Barbara Riese in 1952, a marriage that lasted until he died in 1995. Perry enjoyed the spotlight and the company of Hollywood actors. He became co-owner of the Beverly Hills Tennis Club and for the launch of the rebranded institution, he played a doubles match with Charlie Chaplin and Groucho Marx.

In the late 1940’s, Perry was approached by the Austrian footballer Tibby Wegner with the idea of an antiperspirant to be worn around the wrist, which eventually became the first sweatband. In 1952, Perry launched the “M3” tennis shirt, very similar to the Lacoste polo, but branded with the laurel wreath inspired from the original Wimbledon logo. It was an instant success after Jaroslav Drobny wore it during the Wimbledon men’s singles final. Also worn by Sean Connery in a 1965 James Bond movie, the Fred Perry shirt became a classic, and an iconic piece of clothing of the “Mods” movement. Nowadays, Perry’s M3 shirt is probably worn every day by people who don’t even know it is named after a tennis legend.

Several decades and several million shirts sold later, the company had not completely lost touch with its roots, sponsoring Andy Murray in his early tennis career.