Home » News » Our features » On this day » November 15, 1981: The day Jimmy Connors and John McEnroe misbehaved at Wembley

On this day in 1981, two fierce rivals clashed in more ways than one at the Wembley Grand Prix. 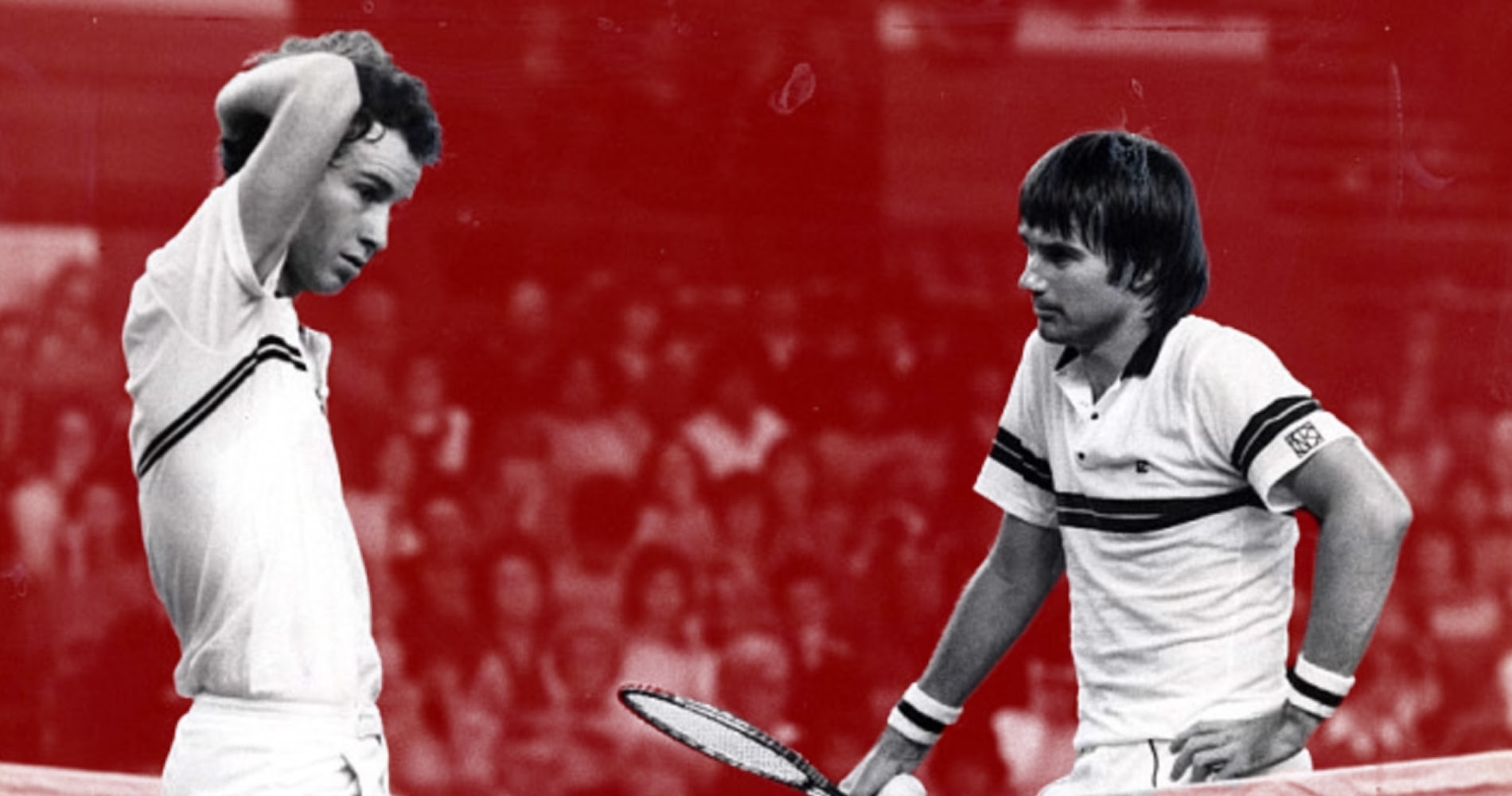 On this day, November 15, 1981, in the final of the Wembley Grand Prix,  Jimmy Connors came back from two sets to love to beat John McEnroe (3-6, 2-6, 6-3, 6-4, 6-2), in a match where both players ended up being fined due to their on-court behaviour. For Connors, who had struggled in the past three years, this win marked the beginning of his comeback to the top of the world: after having failed to reach a Grand Slam final since the 1978 US Open, the American would reclaim the world No 1 spot in 1982, triumphing at both Wimbledon and Flushing Meadows.

Jimmy Connors, born in 1952, was one of the greatest tennis players of his time. Coached by his mother Gloria, Connors was one of the first few players to hit the ball flat and mainly from the baseline. Hitting the ball on the rise, his game would be very influential for future generations of tennis players. “Jimbo” turned pro in 1972 and became world No 1 by 1974. In fact, that year he won three out of the four Grand Slam tournaments, and was not permitted to participate in Roland-Garros, the fourth one, due to a lawsuit he filed against the ATP. He stayed at the top spot of the ATP Ranking for a record of 160 weeks in a row, from 1974 to 1977. Losing his throne to Bjorn Borg on August 23, 1977, for just one week (!), he reclaimed it for another 84 weeks, until the spring of 1979. He had won five Grand Slam titles up to that point: the Australian Open (1974), Wimbledon (1974) and the US Open (1974, 1976, 1978). Since 1979, Connors was not performing as well as in his peak years. He had not reached a Grand Slam final since his 1978 US Open title, and yet he was still ranked No 2 in the world. His young rival McEnroe had even provocatively declared that he would have liked to see how it was to play against Connors “in his prime”.

John McEnroe, born in 1959, had  amazed the tennis world since his first steps on the tour, in 1977, when at the age of 17, showing up at Wimbledon as an amateur, he made his way out of the qualifications unto the semi-finals. “Mac” was very talented, his game being based on precision and touch on top of an iconic and lethal serve. In 1979, he became the youngest ever US Open Champion, defeating Vitas Gerulaitis (7-5, 6-3, 6-3). He also made quite a sensation by edging Bjorn Borg (7-5, 4-6, 6-2, 7-6) to win the WTC Finals. In 1980, he became world no.1 for the first time, although it was only for four weeks. That year, he was defeated by Bjorn Borg in a Wimbledon final which was considered as one the greatest matches of all-time (1-6, 7-5, 6-3, 6-7, 8-6), with McEnroe winning a legendary tie-break in the fourth set (18-16). A few months later, “Mac” took his revenge by defeating Bjorn Borg in New York to defend his US Open crown (7-6, 6-1, 6-7, 5-7, 6-4).  In 1981, he confirmed his new hold on the game by claiming his first Wimbledon crown and a third consecutive US Open title, each time defeating Borg in the final. In November, after having exchanged the No 1 spot several times with the Swede, McEnroe held the top spot since August.

The Wembley Pro tournament was established in 1934. Before the Open Era, when pros were not allowed to compete in Grand Slam tournaments, it was one of the most prestigious events in professional tennis. Former champions included legends of old like Ellsworth Vines, Don Budge, Ken Rosewall and Rod Laver. In 1976, the tournament was renamed after its main sponsor, Benson & Hedges, but its prestige remained : since then, the three players who had triumphed in Wembley had reached world No 1: Jimmy Connors (1976), Bjorn Borg (1977) and John McEnroe (1978-1980).

Jimmy Connors and John McEnroe were both known for their shocking on-court behaviour in the well-mannered world of tennis. They were sometimes vulgar – Connors giving the finger to a linesman or putting his racket between his legs in a crude manner. Their constant quarrelling with the officials made them famous in a gentleman’s sport. There was something personal in their rivalry, with the two players genuinely disliking each other and being more than just tennis opponents, openly and sometimes violently arguing on court. It made all their meetings very exciting. 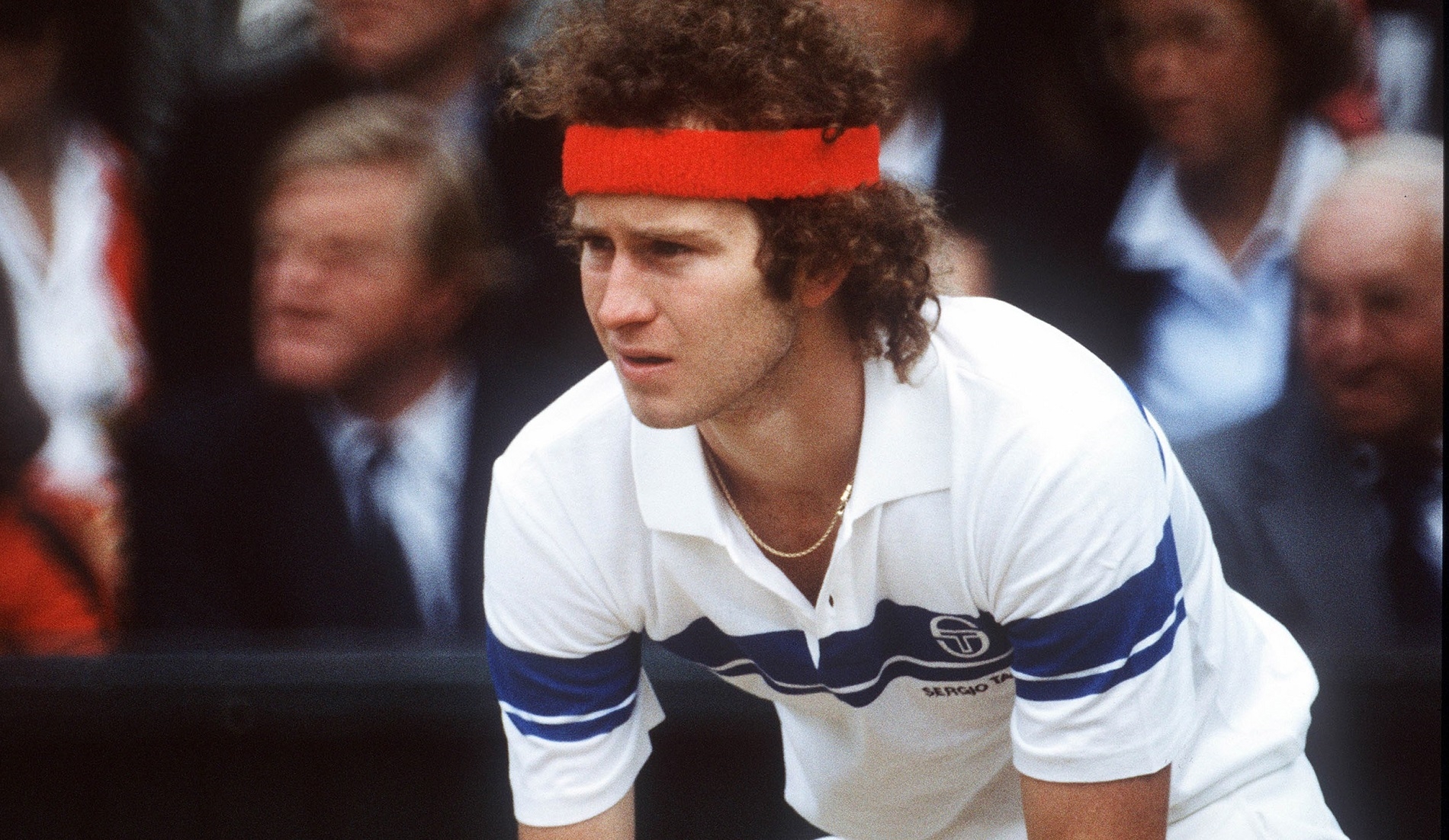 The 1981 Wembley final was no exception. Both players would end up being heavily fined after the match: Connors for shouting an obscenity on the court,  McEnroe for racket abuse, ball abuse and abuse of the umpire’s chair.

McEnroe, who, as world No 1 and three-time defending champion, was the favourite, made the best start. He won the first set, 6-3, and the second one, 6-2, but in the second set, a single incident probably changed the turn of events. During a particularly long argument between McEnroe and the chair umpire –  about a ball-abuse warning – Connors sat on one of the linesmen’s chairs, in a successful attempt to make the public laugh. Jimbo knew that the British fans were not very fond of McEnroe’s tantrums: in London, Mac’s nickname was “Superbrat”. This little joke gained him the crowd’s support.

In the third set, Connors, acting as if he couldn’t stand his opponent’s childish behaviour any more, came to the net and summoned McEnroe, obviously telling him off like a father would tell his son not to behave like a brat. Jimbo won the third set, 6-3, and Mac was about to lose his temper for good. In the fourth set, he lost his temper after a lob which, according to him, had touched the roof, was called in. “Are you even watching?” he asked the umpire. 6-4 for Connors, who sealed the set with a beautiful topspin lob.

Tension peaked in the last set. The chair umpire, who had already made several controversial decisions and had twice announced the score incorrectly, was now being challenged by both players on any close calls. At some stage, McEnroe slightly twisted his ankle and wasn’t happy when he was asked by the umpire to play on. During the changeover, he blamed the official for his “stupidity” and claiming that he wasn’t known for faking injuries.

A bit later, it was Connors’ turn to get angry at the umpire after a close call. “We’ve been playing for over three hours; we’ve been trying to pay attention. I know you’re very tired, you’ve been doing a lot of running and everything, but if you could pay a little bit of attention…”

Nonetheless, Connors easily won the last set, 6-2, claiming his first title since Rotterdam, in March. The public didn’t know it at the time, but they had witnessed the first step of his comeback to world No 1.

Because of the fines earned during the final, McEnroe could now face a 21-day ban from the tour. “It’s not fun to play tennis anymore.”, the world No 1 commented, according to The Washington Post. “There are so many rules; I don’t think anyone knows them all. Tennis is a great sport and if it’s to survive you can’t suppress everyone’s personality. I will not be appealing against the suspension. It does not affect exhibitions or the Davis Cup.

“If I thought these pro council people were human beings, I would appeal, but it’s senseless appealing. . . I have lost every appeal I have ever made. It’s so frustrating I’m not going to bother.”

These two American tennis stars would face each other 34 times in total, with McEnroe leading 20-14. They would cross paths on the tour for the last time in Basel in 1991, a final episode won by McEnroe 6-3, 6-3. Their rivalry would remain as one the most popular in tennis history, not only because of the undeniable intensity and technicity of their matches, but also due to their personal grudge and emotional involvement.