On this day in tennis history, a Yugoslavian and an Argentinian played out a monumental match. Look back on how they did it. 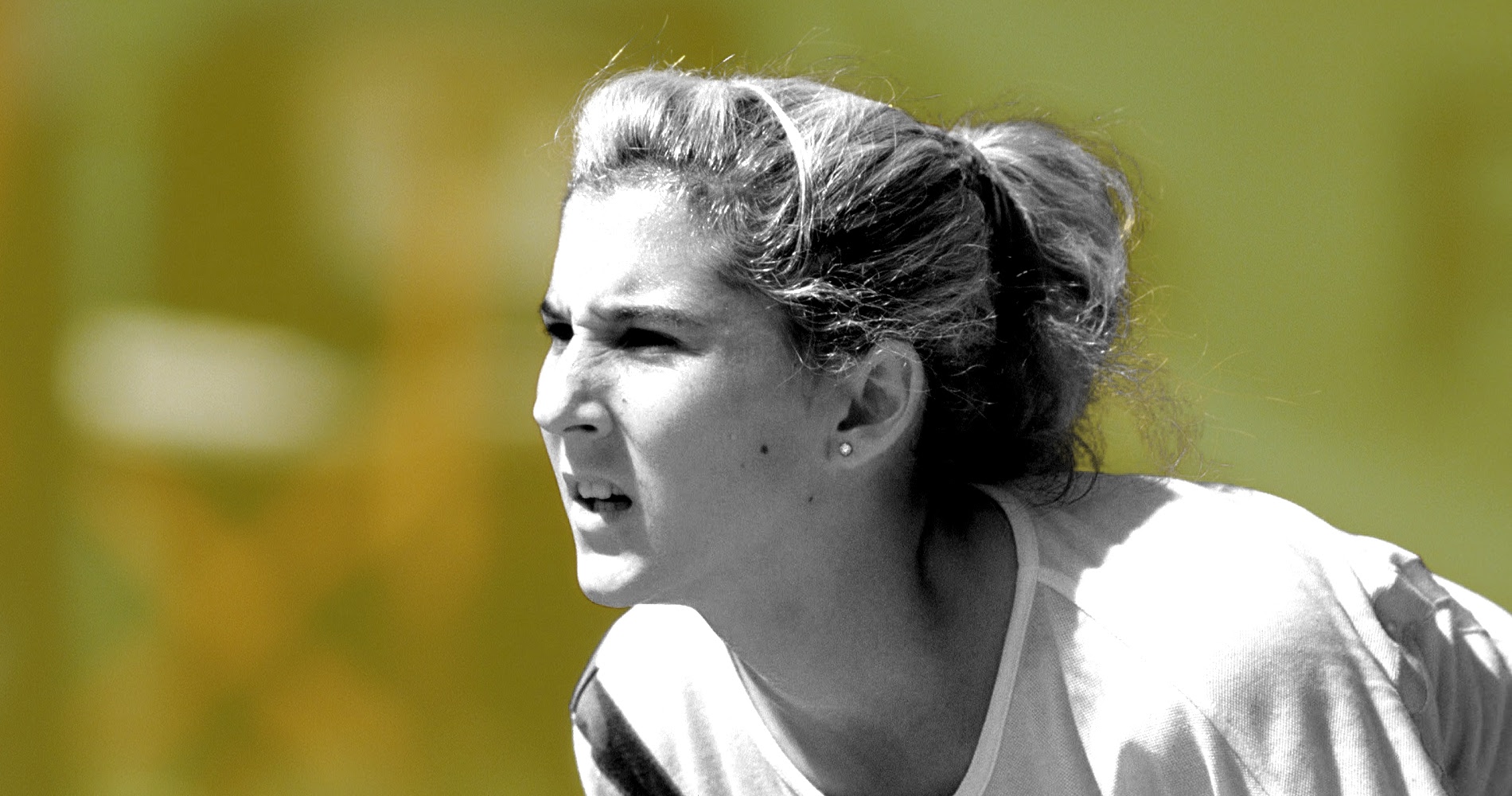 Monica Seles was born in 1973. She made her first steps on the tour in 1988, at the age of 14, in Boca Raton, where she defeated world No 31 Helen Kelesi (7-6 6-3). Her powerful two-handed groundstrokes, her innovative way of hitting the ball so early with so much power, and of course her trademark grunting, represented an absolute revolution in the women’s game. In 1989, she played her first full year on the tour and, after claiming her first title in Houston, she played her first Grand Slam main draw in Roland-Garros. This first appearance in Paris would be long remembered. In the third round, facing world No 4 Zina Garrison, young Monica, aged 15, gave away flowers to the Centre Court public before crushing her opponent 6-3, 6-2. She went on to the semi-final where she was only defeated in three sets (6-3, 3-6, 6-3) by the unbeatable Steffi Graf, who had won the last five Grand Slam tournaments.

In 1990, after winning five consecutive tournaments, including three on red dirt, she became the youngest player to triumph at Roland-Garros, defeating her German rival in the final (7-6, 6-4). Now ranked No 3 in the world, she reached the quarter-finals at Wimbledon (lost to Garrison, 3-6, 6-3, 9-7), and, in October, she won her first indoor tournament in Oakland, defeating Martina Navratilova in the final (6-3, 7-6). She was ready to take on the women’s Masters Cup.

Gabriela Sabatini, from Argentina, was born in 1970. Successful at a very young age, she became in 1985 the youngest player to reach the semi-final at Roland-Garros, where she was defeated by Chris Evert (6-4, 6-1). In the following years, Sabatini, displaying a beautiful one-handed backhand, established herself in the top 10, reaching the semi-final at Wimbledon in 1986 (lost to Martina Navratilova), and two more times at the French Open in 1987 and 1988, each time defeated by Steffi Graf. In 1988, in Boca Raton, she was the first of only two players to beat Graf (2-6, 6-3, 6-1), and at the US Open,  she finished runner-up to the same Graf (6-3, 3-6, 6-1). Sabatini climbed as high as world No 3 in 1989. That year, she lost to Graf in the semi-finals at both the Australian and the US Open, but in 1990, at Flushing Meadows, she eventually beat the German to claim her first and only Grand Slam title (6-2, 7-6).

The women’s Masters Cup, known as the Virginia Slims Championships, was originally founded in 1972. Its first edition was held in Boca Raton, Florida, and the tournament moved to Los Angeles and Oakland before eventually settling down in New York in 1979. The venue of the event was the famous Madison Square Garden, where 18,000 spectators could be hosted. In 1994, the first 16 players in the world qualified for the Championships, and, unlike in modern days, there was no round robin. Since 1984, it was the only tournament on the women’s tour where the final was played under a best-to-five set format, but so far, the longest finals had only reached the fourth set. 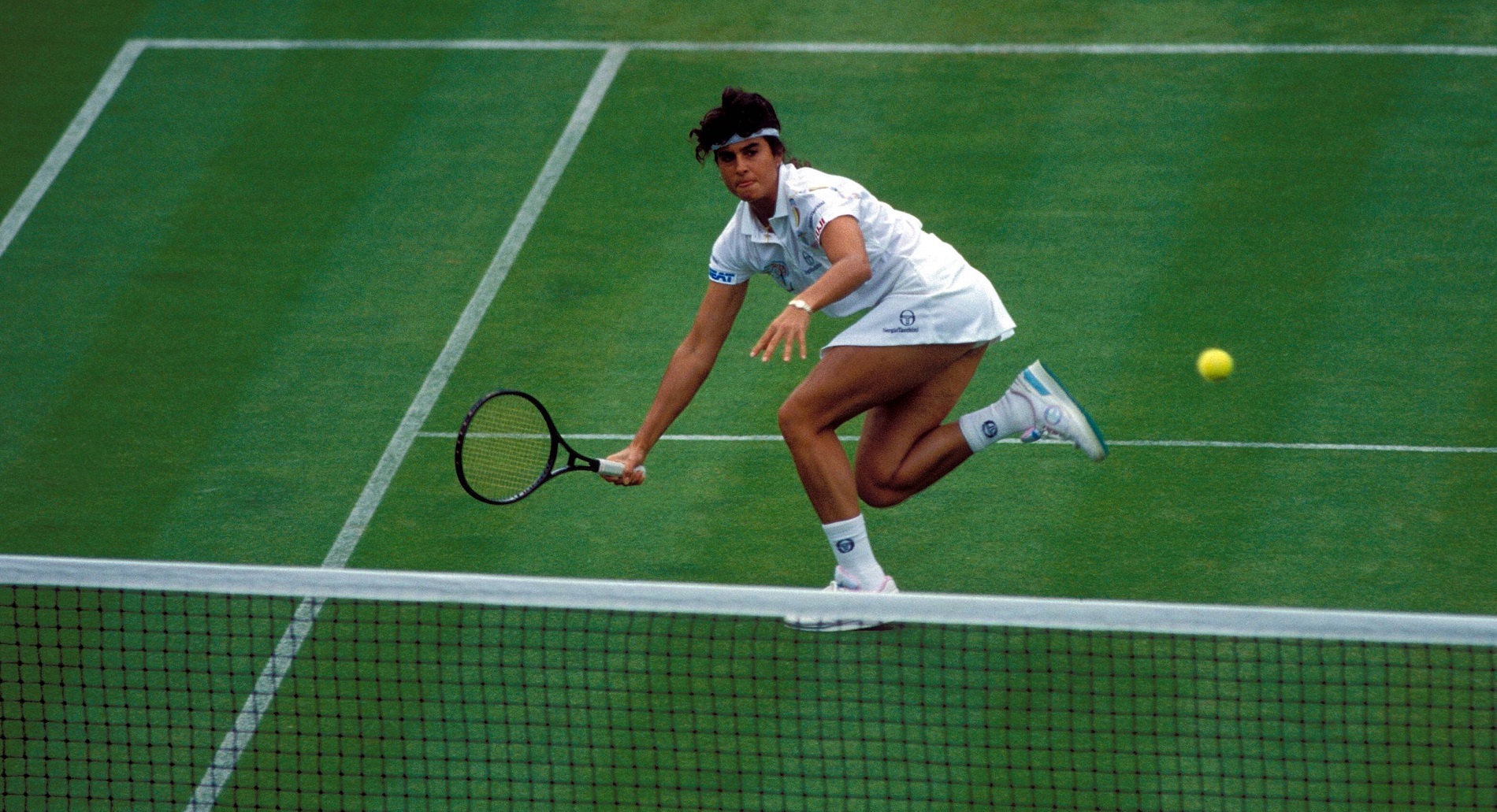 The 1990 Virginia Slims Championships final was only the second encounter between Monica Seles and Gabriela Sabatini. Their previous match had happened in 1988, in Miami, when Seles was only 14 years old, and it was won by the Argentinian, 7-6, 6-3. Since then, young Monica had grown a lot: she had already claimed her first Grand Slam crown at Roland-Garros, and she was world No 3. Sabatini herself had improved a lot in two years. A few months before, at Flushing Meadows, she had eventually managed to beat her nemesis Steffi Graf, who had beaten her six times before in Grand Slam tournaments, to claim her first major title.

At first, Seles took the lead with her powerful groundstrokes, running Sabatini around the court. The Yugoslavian took the first set, 6-4, and in the second set, she managed to break her opponent, serving for the set at 5-4. At that moment, it seemed that Seles’ hold on the match was too strong, but Sabatini kept fighting and started to play a more aggressive game, preventing her opponent from dictating the rallies.

“I had a slow start,” she said later. “And in the second set, I had to start playing aggressive because that was the only way I could beat her.”

The Argentinian won the set, 7-5, and in the third set, she didn’t hesitate to often come to the net, which was a recent improvement in her game, and won 6-3.

In any regular women’s tournament, Sabatini would have won 4-6, 7-5, 6-3, but since 1984, the women’s final at the Virginia Slims Championships was played under a best-of-five format, which gave Seles the opportunity to reverse the scenario. Although it was hardly possible, the 16-year-old started to hit the ball even harder, fiercely trying to regain control of the rallies. The Roland-Garros champion took the fourth set, 6-4. For the first time since the best-of-five format was introduced at the Masters Cup, and for the first the first time in women’s tennis in 89 years, a deciding fifth set was to be played.

In this historical decider, Seles dominated the game and easily prevailed, 6-2. One month before her 17th birthday, she had just claimed her second major title and made one big step towards world No 1.

The new champion seemed pleasantly surprised by the level of play: “It was very close for five sets, and the amazing thing was, neither of us made any stupid mistakes.”

For Monica Seles, this victory would not only be the first of three consecutive Masters Cup titles, but it would be a major step in the journey that would lead her to overtake Steffi Graf on March 11, 1991, becoming the youngest world No 1 in tennis history. In the following years, she would simply dominate the game and her achievements would be outstanding: from January 1991, Monica Seles would win seven out of the eight Grand Slam tournaments she participated in, losing only the 1992 Wimbledon final, setting a 56-1 victory-loss record. Furthermore, she would claim three Masters Cups in a row in 1990, 1991 and 1992. 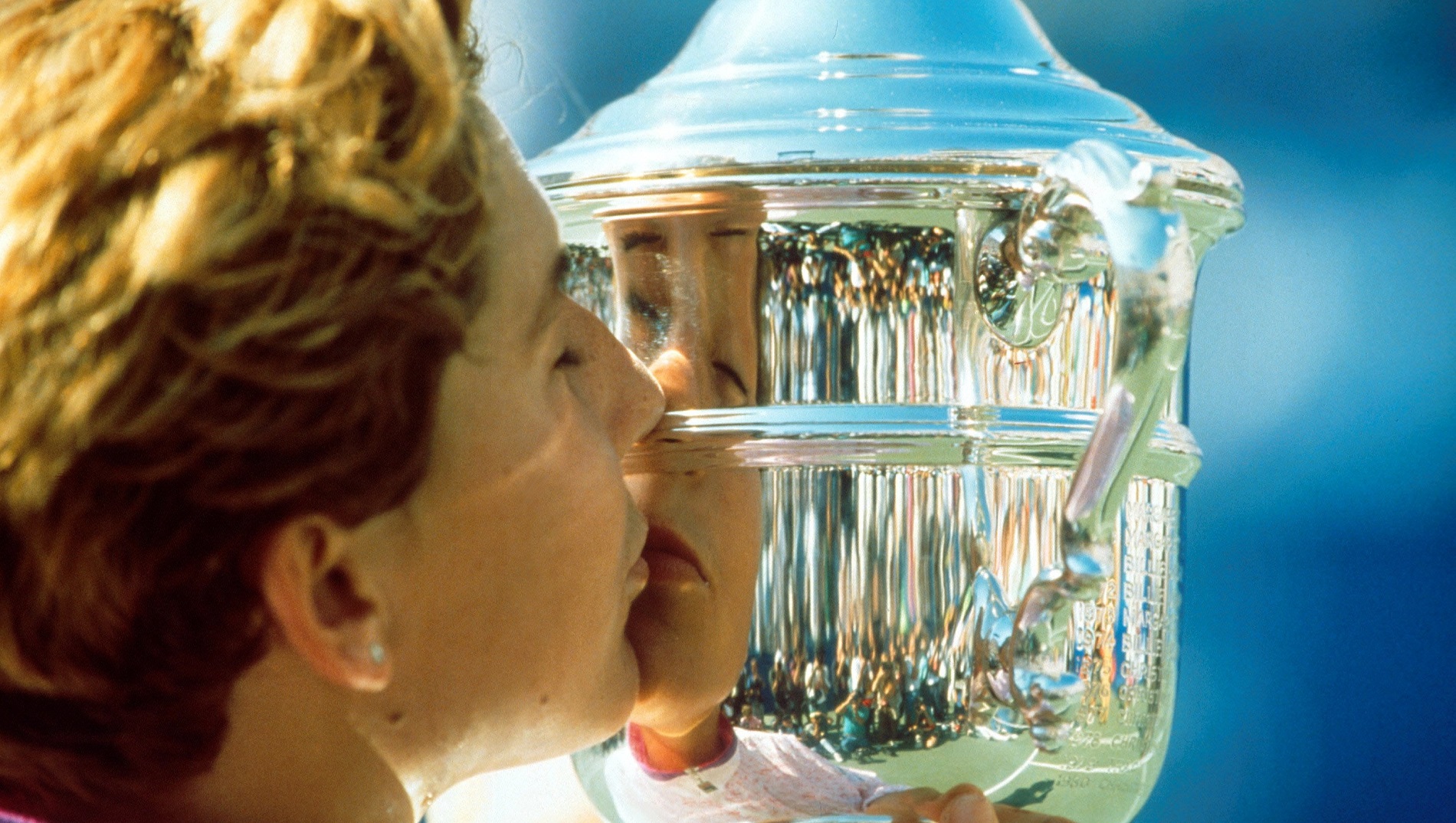 Her domination would be tragically interrupted after she was stabbed on court by a madman in April 1993. Although she would come back on the tour and claim a last Grand Slam title at the 1996 Australian Open, she would never reach the standards of her first years on the tour.

In 1991, at Wimbledon, Gabriela Sabatini would play a last major final (lost to Graf, 6-4, 3-6, 8-6) and she would then remain a top 10 player until 1995, reaching the semi-finals in Grand Slam tournaments no less than eight times. She would claim another major title at the 1994 Masters Cup, defeating Lindsay Davenport in the final (6-3, 6-2, 6-4). In 1996, struggling with motivation, Sabatini would go to only ten tournaments and would retire at the end of the year.