Every day Tennis Majors takes you back in time to celebrate a great moment in tennis history. Today, we go back to 1988 to witness how Gabriela Sabatini finally the defeated the world No 1, Steffi Graf, after having lost their first eleven encounters 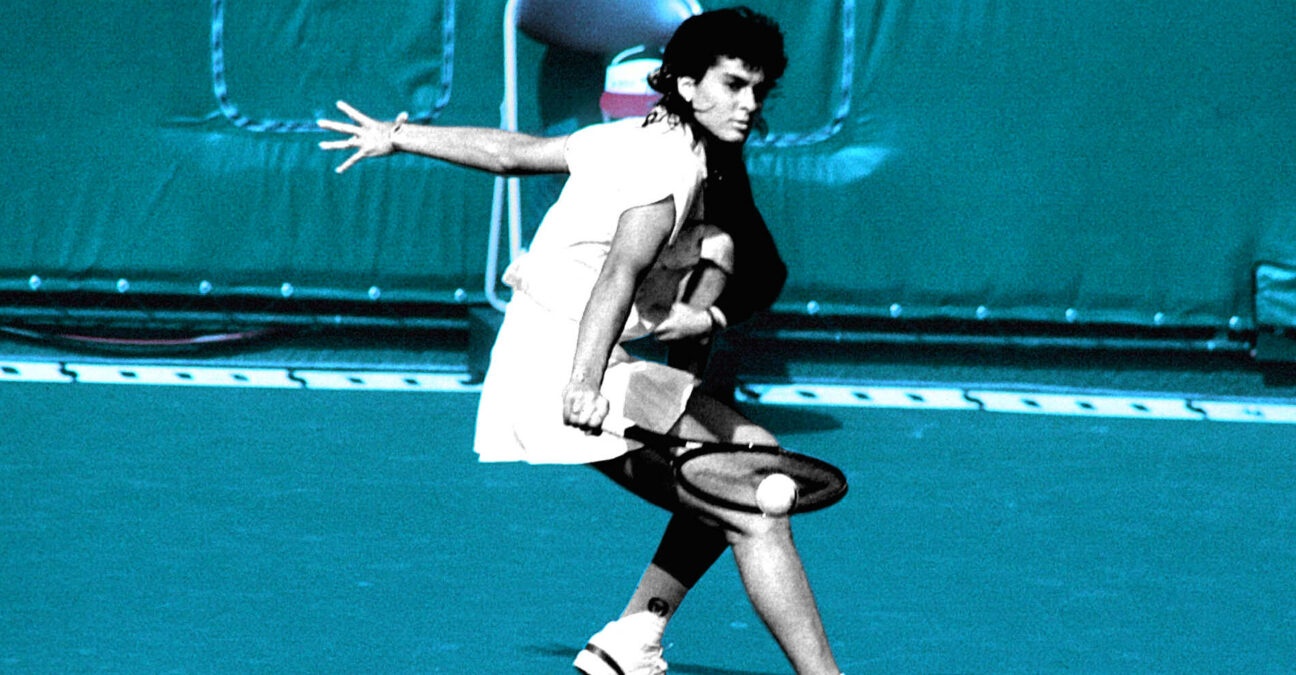 What happened exactly on that day and why it is memorable in tennis history : Sabatini beat Graf

On this day, March 13, 1988, Gabriela Sabatini defeated Steffi Graf in the final of the Virginia Slims of Florida, in Boca Raton (2-6, 6-3, 6-1). Although she had already faced the current world No 1 eleven times before, was the first time that the Argentinian prevailed against Graf. For the German, it was the first loss of a year which would only see her be defeated three times only, with a Goldsen Slam at the end of the year.

Gabriela Sabatini, from Argentina, was born in 1970. Successful at a very young age, she became in 1985 the youngest player to reach the semi-final at Roland-Garros, where she was defeated by Chris Evert (6-4, 6-1). In the following years, Sabatini, displaying a beautiful one-handed backhand, established herself in the top 10, reaching the semi-finals at Wimbledon in 1986 (lost to Martina Navratilova), and two more times at the French Open in 1987 and 1988, each time defeated by Steffi Graf. She also claimed seven titles on the tour, and in March 1988, she was world No 5.

• Graf, the number one

Steffi Graf was born in 1969. In 1982, at the age of 13, she became the youngest girl to ever get a WTA ranking. After winning the demonstration event held at the Los Angeles Olympics 1984, she constantly improved her game and her results. She reached the semi-final at the 1985 US Open, at the age of 16, defeated by world no.1 Martina Navratilova (6-2, 6-3).

In 1986, she claimed her first title in Hilton Head, before getting to the US Open semi-finals a second time. Closely monitored by her father, she had her breakthrough year in 1987, when she lifted her first Grand Slam trophy, edging Navratilova in the final of Roland-Garros (6-4, 4-6, 8-6), and finishing runner-up to the same Navratilova at Wimbledon and at the US Open.

On the 17th of August, she even took the top WTA seat from the American, who had held it with little interruption since 1982, and in March 1988, she was still world No 1. Since the start of the year, she remained undefeated, having notably won the Australian Open without dropping a single set, defeating Chris Evert in the first indoor final in the history of the tournament (6-1, 7-6).

The Virginia Slims of Florida was held for the first time in 1984, on clay, in Palm Beach Gardens. However, the tournament moved to Key Biscayne the following year, switching to hard courts, and in 1987, the event settled in Boca Raton. Chris Evert had won the three first editions, but in 1988, the defending champion was the world No 1, Steffi Graf.

In March 1988, Steffi Graf’s hold on the Tour was getting tighter and tighter. The German, who had won her first Grand Slam at Roland-Garros and become world No 1 in 1987, had won the Australian Open without losing one set. She was undefeated in 1988, and when she entered the court to play the final of the Virginia Slims of Florida, she was on a 30-win streak. It has almost been a surprise to see her being pushed into a deciding tie-break in the semi-finals by world No 4, Pam Shriver (6-4, 4-6, 7-6).

On this day, her opponent in the final was Gabriela Sabatini, whom she knew very well. Despite their young age, the two women had already faced each other 11 times on the WTA Tour – and Graf had always prevailed.

My goal is to be number one someday. That’s what I work for.

“This week has given me a lot of confidence for the future,” Sabatini said, quoted by the LA Times. “My goal is to be number one someday. That’s what I work for. I concentrated more and had confidence. When the third set started I felt ‘Now I can win. (…) It’s important to win this kind of match. Everyone wants to beat her. This proves it can be done.”

Steffi Graf regretted the catastrophic game she played in the middke of the second set.

What next : Graf would win the greatest games between the two rivals

A month later, Sabatini would repeat her feat, defeating Graf a second time in the semi-finals of the Amelia Island Championships (6-3, 4-6, 7-5). However, in 1988, Graf would take her revenge by winning the biggest matches, beating Sabatini in the Roland-Garros semi-finals (6-3, 7-6), in the US Open final (6-3, 3-6, 6-1, sealing the calendar Grand Slam at the same time) and in the final of the Olympic Games, in Seoul (6-3, 6-3), sealing the one and only Golden Grand Slam in tennis history.

In the end, even though Sabatini would beat Graf five times in a row in 1990, the German would lead 29-11 in their overall head-to-head.

Graf would remain the world No 1 without interruption until 1991, setting the record of a 186-week-long reign. In total, she would accumulate 22 Grand Slam titles and spend 377 weeks as world No 1 (also an all-time record).

Gabriela Sabatini would climb as high as world No 3, in 1989. That year, she would lose to Graf in the semi-finals at both the Australian and the US Open, but in 1990, at Flushing Meadows, she would eventually beat the German to claim her first and only Grand Slam title (6-2, 7-6).

In 1991, she would play a last major final at Wimbledon (lost to… Graf, 6-4, 3-6, 8-6), and she would then remain a top 10 player until 1995, reaching the semi-finals in Grand Slam tournaments no less than eight times. In 1996, struggling with motivation, Sabatini would attend only ten tournaments and would retire at the end of the year. She would never be number one, but she’s obviously considered as a legend today and a tennis star in South America. 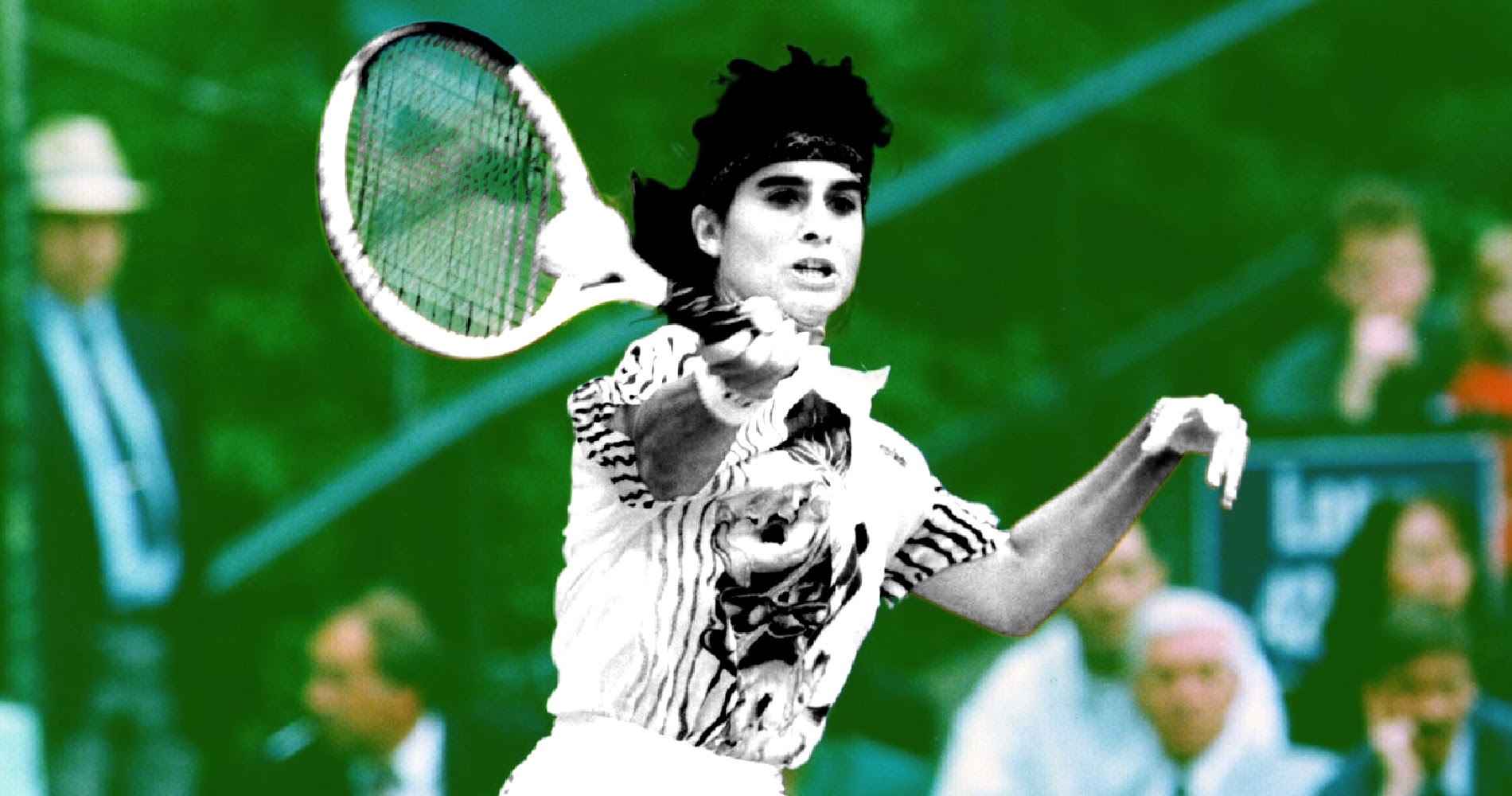 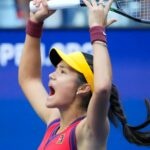 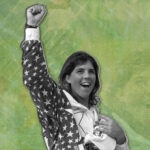 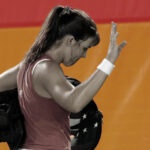 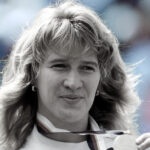