Every day, Tennis Majors takes you back to one of the most iconic moments in tennis history. On September 26, 2000, Monica Seles beat Jelena Dokic to reach the bronze medal at the Sydney Olympic Games. 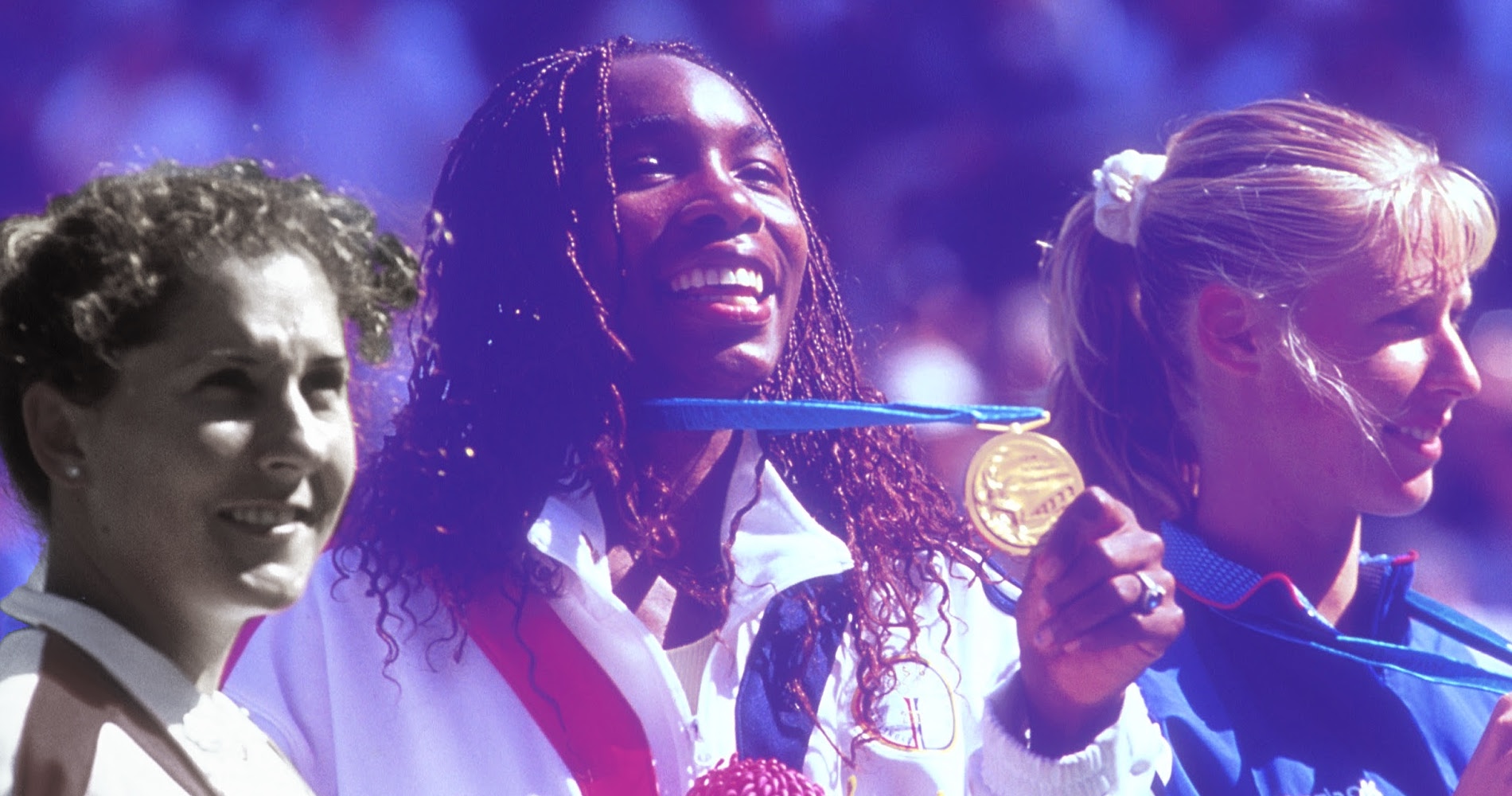 On this day, September 26, 2000, Monica Seles won the bronze medal at the Sydney Olympic Games, defeating Jelena Dokic, 6-1, 6-4. For Seles, who had previously lost to Venus Williams in the semi-finals (6-1, 4-6, 6-3), it was a big achievement in a season where, for the first time since she turned pro,  she had failed to go past the quarterfinals of any Grand Slam tournament. It also proved to be one of the last remarkable results in her career, which had started brilliantly, before she was stabbed at a changeover at the 1993 Hamburg Open.

Monica Seles had been one of the most successful players in the world at a young age. Her powerful two-handed groundstrokes, her innovative way of hitting the ball so early with so much power, and of course her trademark grunting, represented an absolute revolution in the women’s game. In 1990, at the age of 16, she was the youngest ever player to win Roland-Garros. It was the start of her domination on the tour. In March 1991, aged 17, she became the youngest world number one in tennis history, knocking over Steffi Graf from the throne she had been sitting on since the summer of 1987. From January 1991, Monica Seles won 7 out of the 8 Grand Slam tournaments she participated in, losing only the 1992 Wimbledon final, setting a 56-1 victory-loss record. Furthermore, she claimed three Masters Cups in a row in 1990, 1991 and 1992. Her career was brutally interrupted on the 30th of April 1993, in the quarterfinals of the Hamburg Open, when she was stabbed at a change over by a mentally unstable Steffi Graf fan. The psychological wound proved to be much deeper than the knife-blow itself. Although she was physically ready to play just a few months afterwards, it would take over two years before she played on the tour again. 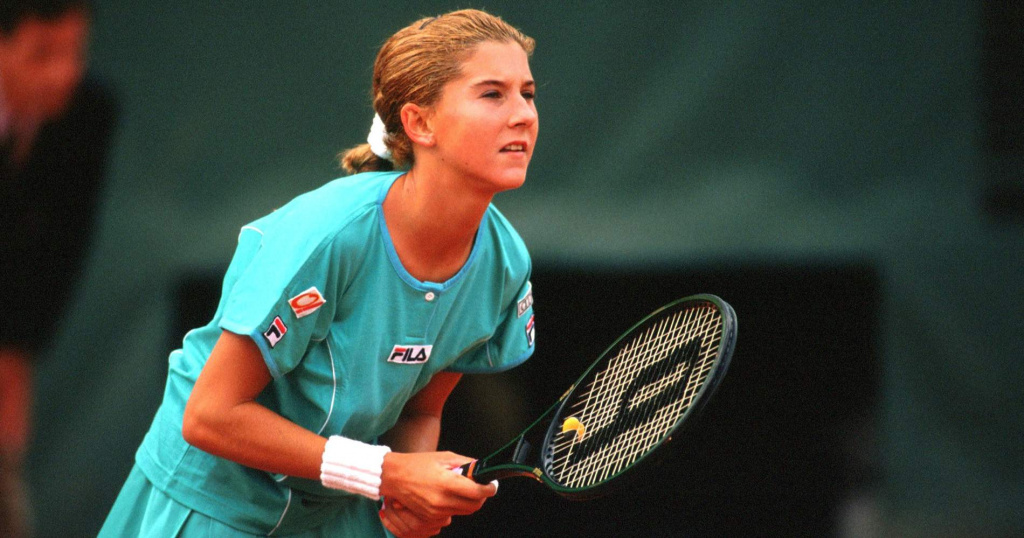 Monica Seles came back successfully in 1995, claiming the title in Toronto, proving herself worthy of her no.1 ranking by crushing her opponents one after the other, including Amanda Coetzer in the final (no.27, 6-0 6-1). A few weeks later she was beaten in the final of the US Open by Steffi Graf in three sets (7-6 0-6 6-3). At the start of 1996, aged 22, she won her last Grand Slam tournament at the Australian Open. In the final, she defeated Anke Huber, from Germany (6-4 6-1). After that, she remained in the top 10 but, suffering from eating disorders and weight issues that she would later describe in her book, she never lifted a Grand Slam trophy again. She still reached the final round twice, at the US Open 1996 (defeated by Graf, 7-5 6-4) and at Roland-Garros 1998 (defeated by Sanchez, 7-6 0-6 6-2).

Jelena Dokic was born in 1983 in Yugoslavia, but her family left for Australia in 1994 to escape the civil war, and that’s where she developed as a tennis player. In 1999, at the age of 16, she scored one of the biggest upsets in the tournament’s history at Wimbledon, defeating world No 1 Martina Hingis in the first round, 6-2, 6-0, before going as far as the quarterfinals (beaten by Alexandra Stevenson, 6-3, 1-6, 6-3). She finished her first full season on the tour as world No 43, and in 2000, she kept improving, reaching the semi-finals at the All England Club (defeated by Lindsay Davenport, 6-4, 6-2) and climbing as high as world No 29. 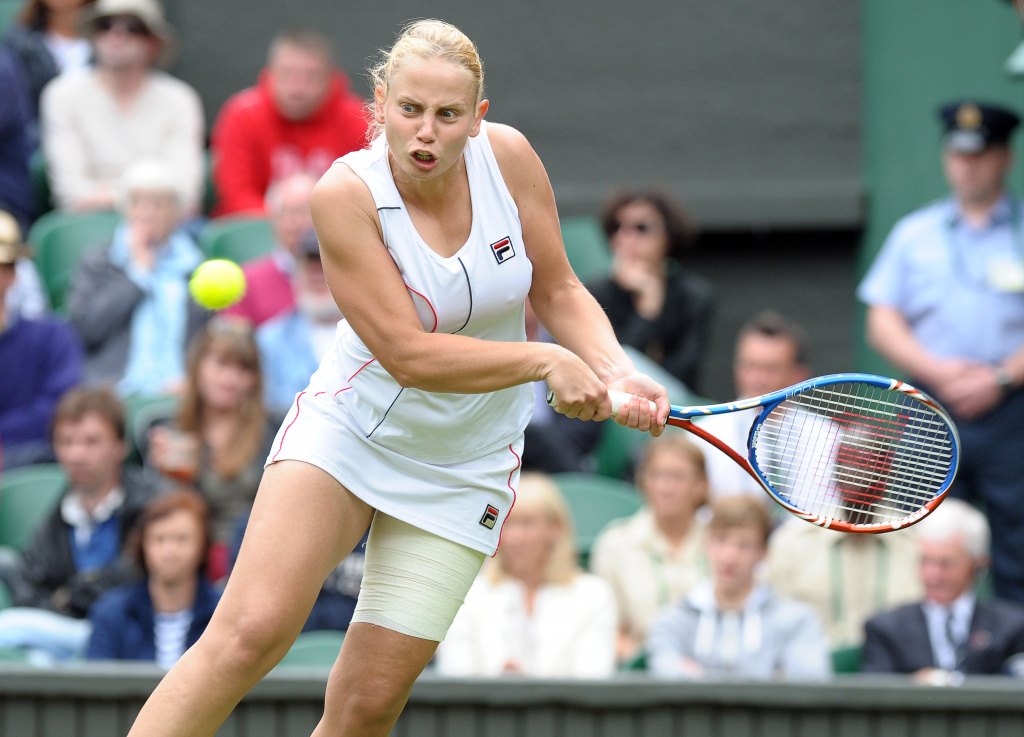 On September 26, 2000, Monica Seles, from the USA, and Jelena Dokic, representing Australia, faced each other in the match for the bronze medal at the Sydney Olympics. Seles had been defeated by fellow American, Venus Williams, in the semi-finals (6-1, 4-6, 6-3), while Dokic had lost to Russian Elena Dementieva (2-6, 6-4, 6-4).

Dokic, who had grown up in Sydney, had the crowd’s loud support, while Seles had only her American teammates, including the Williams sisters, to cheer for her. “We had a wonderful women’s tennis team: Venus Williams, Lindsay Davenport, and me (and Serena Williams won the gold in doubles with her sister). Even though we were competitors, everyone was supportive of each other in Sydney.”, Seles would remember twelve year later in Vogue.

Seles, who had dominated the game in the early 1990’s, before her career was tragically interrupted after she had been stabbed in Hamburg in 1993, had not won a Grand Slam tournament in more than four years, but she only struggled to beat the very top players. “She just hasn’t gotten over the hump of beating players like Martina Hingis, the Williams sisters and myself,” Olympic teammate Lindsay Davenport said, according to ESPN.com. “She beats everybody else. She has been working very hard, and hopefully she’ll make her breakthrough to go back on top soon. Her movement has been a little bit of a factor, but when she’s there, she hits the ball better than anybody.”

Perhaps Dokic hadn’t studied her opponent’s game enough, as she tried to overpower Seles from the baseline. As a result, she lost the three first games in six minutes, and after only 23 minutes of play, the former world No 1 had already taken the first set, 6-1. The second set was closer, but in the end, Seles broke her opponent at 4-4, and sealed her victory with two consecutive aces.

“I’m just happy I won a medal,” she said. “Away from the gold, a bronze is good.” “For me Grand Slams are still much bigger,  but this is such an honor to represent your country.”

Monica Seles would fail to claim any other major title in the following years. Struggling with a foot injury, she would play her last match ever at Roland-Garros in 2003, which she would lose against Nadia Petrova (6-4 6-0), although she would only announce her official retirement in 2008.

Jelena Dokic would claim five titles and finish runner-up six times between May 2001 and July 2002, climbing as high as world No 4. Struggling with her abusive father, she would change nationalities twice, and her career would not match her promising start. She would never reach a Grand Slam semi-final again.