Former French Open champion Jelena Ostapenko marched into the third round of the 2020 tournament after ousting second seed Karolina Pliskova 6-4, 6-2. 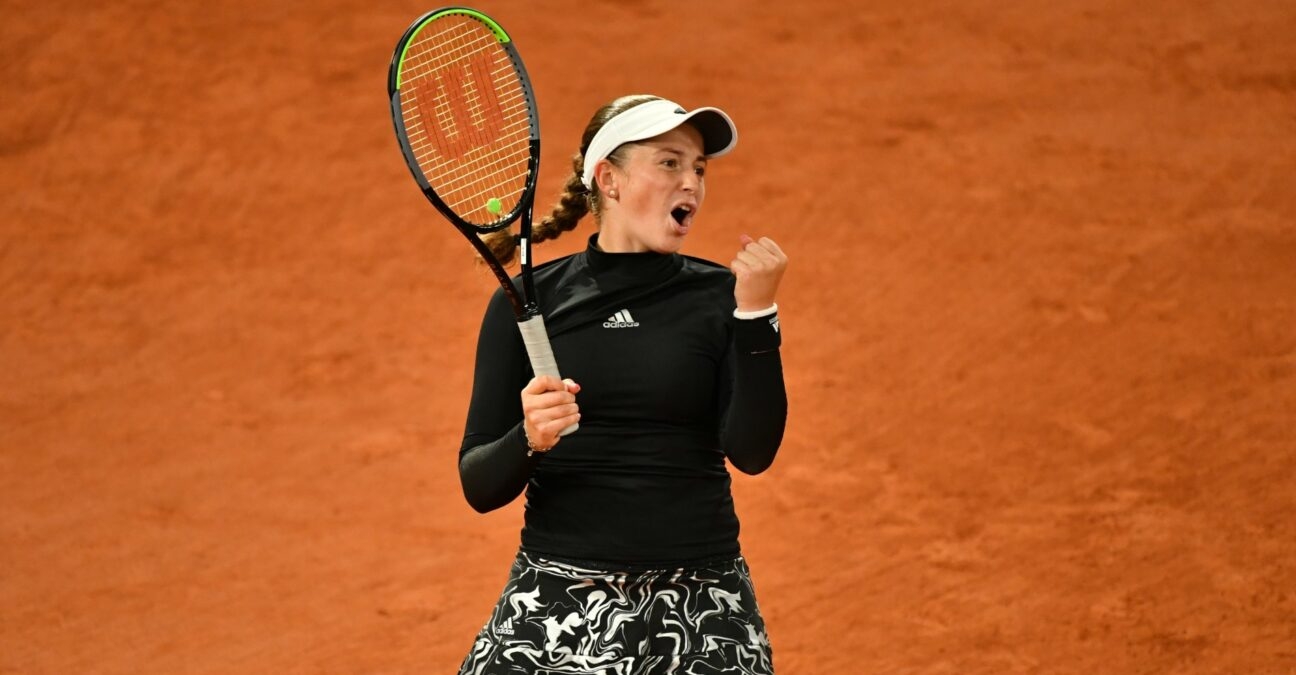 Ostapenko mixed up her usual powerful groundstrokes with clever variation to take the first set 6-4, breaking her opponent three times despite being broken twice herself.

Pliskova had perhaps been fortunate to scrape through her opening round match after finding herself in big trouble against Egyptian qualifier Mayar Sherif. But this time the Czech had no answer to the barrage of balls coming back from the other side of the net, Ostapenko breaking immediately in the second before breaking again and closing out the match on her serve.

“In the beginning it was very tough, she was serving very well. I knew before the match that I had to serve well and just be aggressive when I can and not miss many balls. Obviously, she is No. 2 and a great player, so I knew it was going to be tough and I was just trying to focus and try to play aggressive and not miss so many. Obviously, I needed to bring the best tennis I can play to beat her.”

How far can Ostapenko go after that performance? Judging by the Latvian’s confident frame of mind, she could well be on for another special run.

“It’s an amazing court and finally we can have some fans. Of course it doesn’t feel like it does in the final with a full stadium, but still I’m very grateful to play here and on this court. I have great memories, so this atmosphere helps me to play better.”

Victory for Ostapenko means she faces Paula Badosa next for a place in the fourth round after the Spaniard took down Sloane Stephens in three sets.