With Roland-Garros starting in Paris on Sunday, many players have expressed concern about the Covid-19 protocols and the chance that something could go wrong. Tennis Majors looks at four of the big questions. 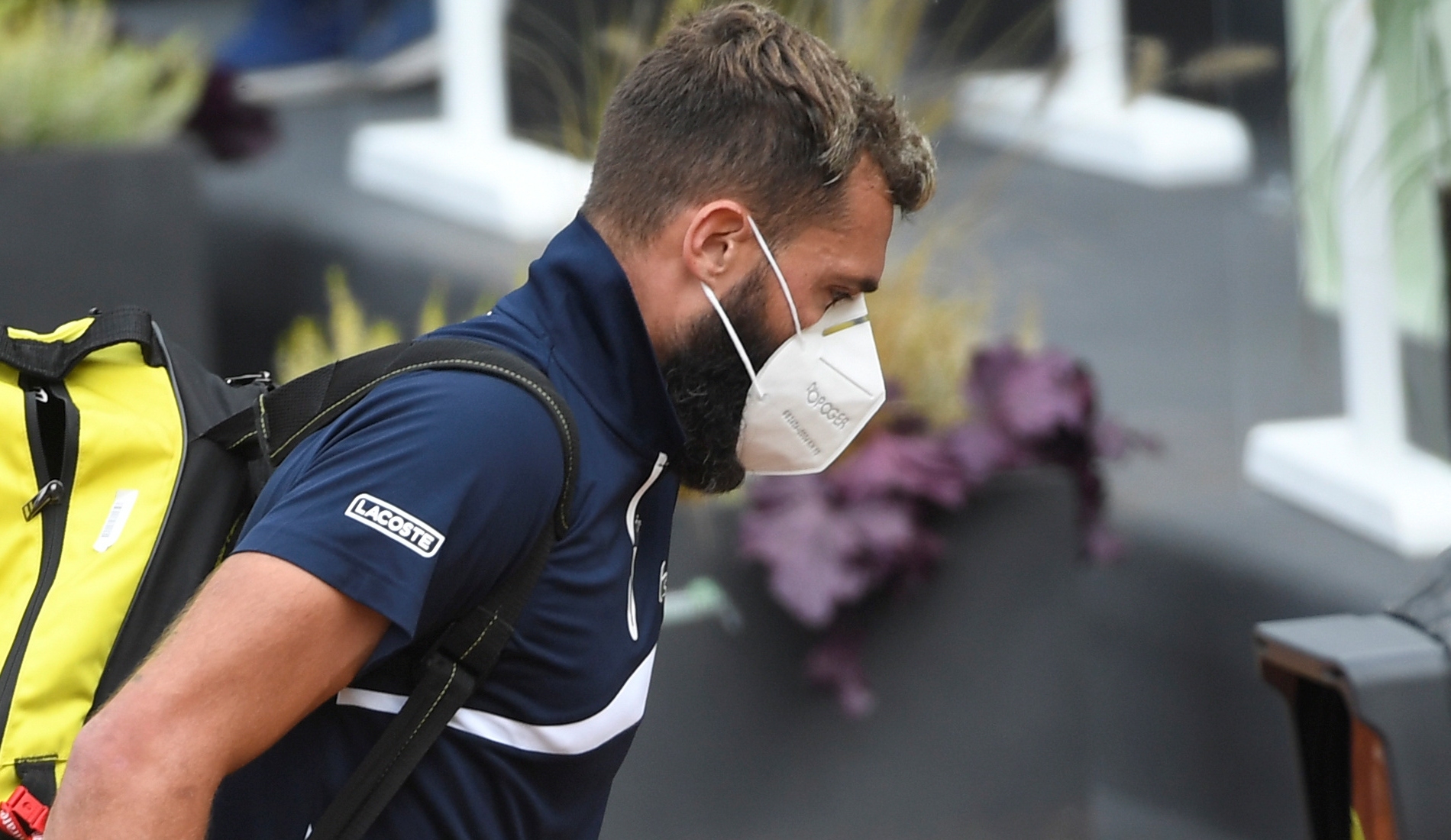 Roland-Garros began on Sunday, four months later than usual and with everyone on tenterhooks as to how it will unfold.

The success of the US Open – where only one player, Benoit Paire, tested positive for Covid-19 – was a relief to organisers and players but as the players arrive in Paris for the clay-court slam, there still seems to be confusion and fear surrounding what will happen if and when someone tests positive.

But from Simona Halep to Benoit Paire, Alize Cornet to Milos Raonic, many top players have expressed concern about their safety and ability to play the tournament and there appears to be confusion, stress and uncertainty.

Here are four examples of why players are fearful:

1. What happened to Benoit Paire in Hamburg

The big question: How can you play if you’re positive?
German doctors eventually decided he was able to play as they said he was “no longer infectious” and a third test proved negative. Paire, understandably, is exhausted and confused.

2. What happened to Fernando Verdasco and Damir Dzumhur at Roland-Garros

The two cases are different but both have a similar outcome and similarly frustrated players as a result. Verdasco was furious when he was told, after testing positive on arrival, that he couldn’t have a second test to be sure. Verdasco then had some tests done himself, and said they were all negative, but was not allowed to take his place in the draw. The Spaniard then said on Saturday that he had heard that Roland-Garros was changing its rules and is now allowing players to have a second test, if they test positive, though there has been no official confirmation yet from the FFT.

Dzhumhur had been preparing to play in qualifying at Roland-Garros when he was told that his coach had tested positive, and that, since he’d had close contact with him, he would therefore be unable to play. Dzumhur claims his coach Petar Popovic had already had the virus and had antibodies in his system, so the test must have been a false-positive. Dzumhur is reportedly considering taking legal action.

The big question: Can players be sure of a test’s validity?
The rule itself is fairly simple. Anyone who tests positive for the virus at Roland-Garros will be unable to play in the tournament. Also, if for example, a player’s coach tests positive, and they’ve been in close contact with them, then they will not be able to play. This is what happened to a number of players in Roland-Garros qualifying.

The testing procedure seems extensive, too; players are tested on arrival in Paris and have to wait in the hotel until they get the result within 24 hours. Then they will be tested again two days later and if they stay in the tournament, they will be tested every four to five days. 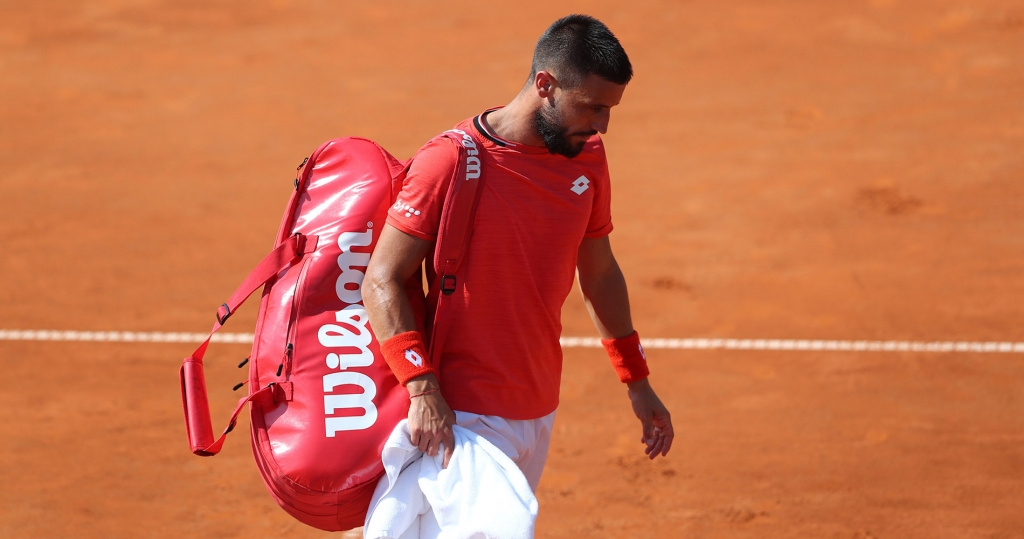 3. What happened with Alexander Zverev and Adrian Mannarino at the US Open

The start of the third-round match between the German and the Frenchman was delayed by several hours as organisers scrambled to try to understand new protocols which were being issued by New York state, which that afternoon were in the process of taking over Covid-19 protocols. In the end, Mannarino, who had been under strict protocols because he had been in contact with Benoit Paire, was allowed to play. It was not a match he was expected to win but the uncertainty clearly didn’t help anyone.

The big question: Who decides who can play?
In this case, Roland Garros’s rules are set in conjunction with the city of Paris. Players are informed of all the rules and nothing should change.

4. What happened to the mixed doubles pair Kristina Mladenovic and Timea Babos at the US Open

Mladenovic and Babos were the No 1 seeds in the women’s doubles and had already played one match but were forced to give a walkover in the second round when, because of the change in jurisdiction over rules, it was decided that Mladenovic had to isolate in her hotel. The Frenchwoman had already been placed under strict protocols because she had been in contact with Paire before the tournament began. But having initially been allowed to play, she was then told she could not play her doubles.

The big question: Are the rules applied consistently?
The USTA said that Mannarino had been allowed to play that day because the jurisdiction was changing hands, but did not officially take place until that evening. That’s why Mladenovic and Babos, who were due to play the following day, were eventually not allowed to play. Dzumhur’s coach, Peter Popovic said this week that he feels “bigger players” would be treated differently.

“I think if Rafael Nadal was in our situation, he would be entitled to a second or third test to verify,” he said. “So we’re really disgusted with what’s happening to us. We leave with a bitter taste. Damir was just outside the final draw, two or three places outside.”

These are all questions that may be tested over the next fortnight and all players and officials and everyone connected with the tournament has to take a leap of faith, to some degree, trusting in the protocols and accepting the rules. The only thing for sure is that everyone’s fingers will be crossed. 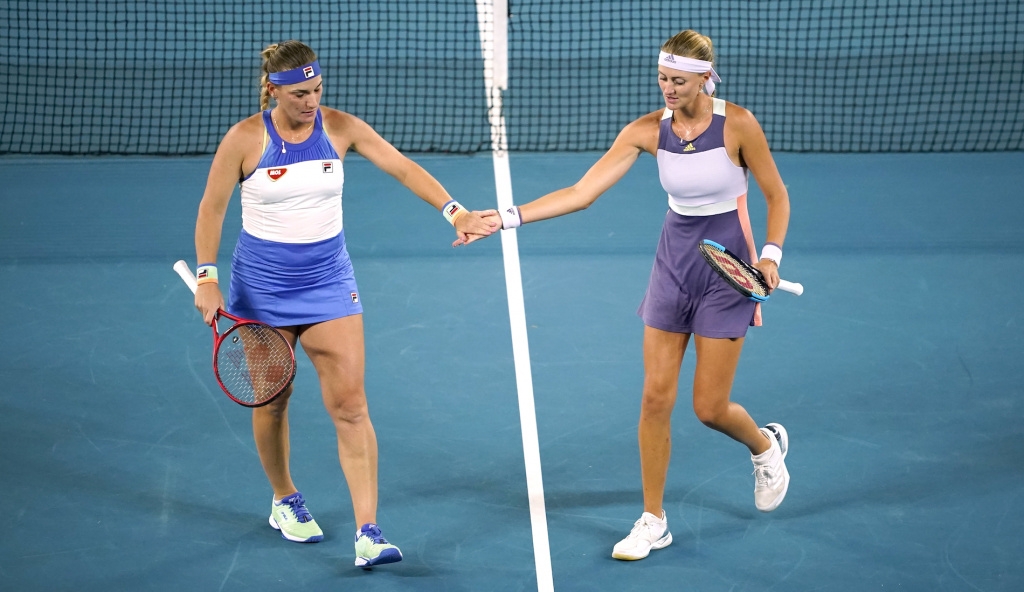