Brilliant Federer returns in style with win over Evans

Back on Tour after two knee operations in 2020, the 20-times Grand Slam champion produced a superb display to beat the world No 28. 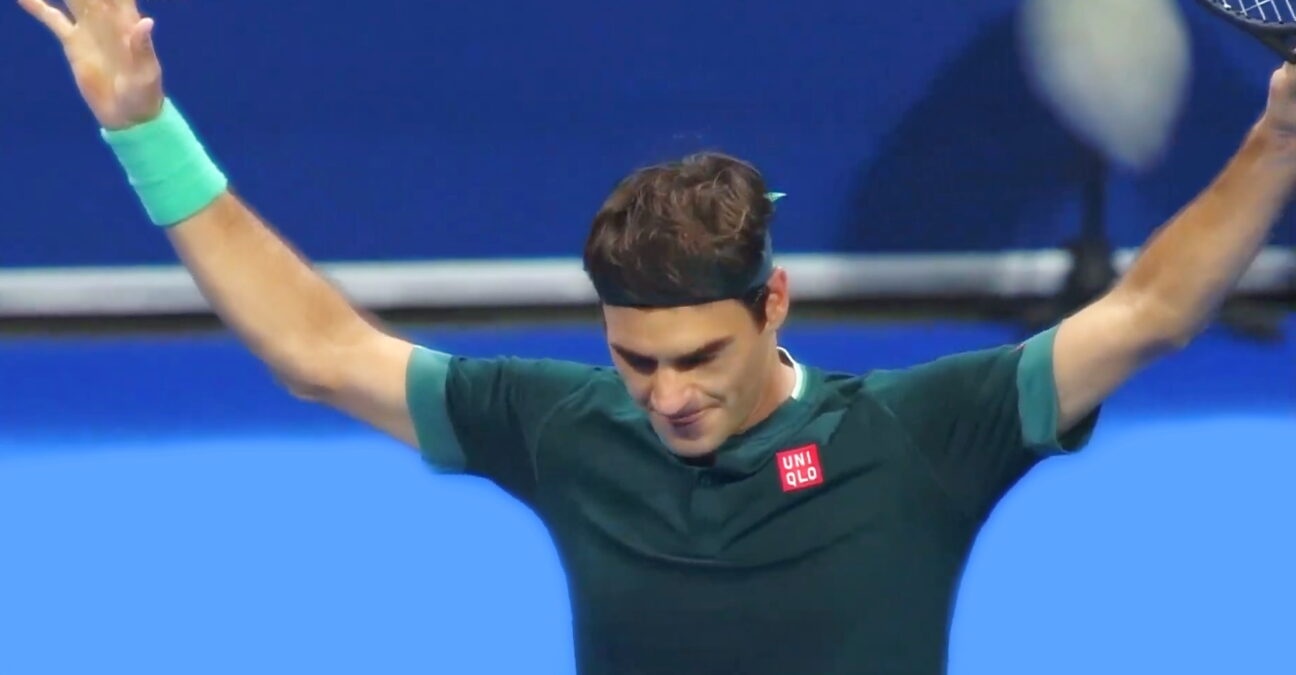 Roger Federer is back.

In his first match in more than a year, Federer produced a hugely-impressive performance to beat world No 28 Dan Evans 7-6, 3-6, 7-5 to reach the quarter-finals of the Qatar ExxonMobil Open in Doha, a thrilling return to the ATP Tour after two bouts of knee surgery.

“It feels good to be back,” Federer said. “It would have been good to be standing here, regardless of if I’d lost. It was a great match.

“I was tired at the end and I thought I would just go out swinging. I was actually really pleased with my performance. It’s been a long and tough road for me. But it’s been worth it because I played a great match today.”

On a breezy evening, Federer was greeted with a rousing ovation from the fans allowed into the stadium and caused a few smiles when he asked the umpire, Mohamed Lahyani, how many seconds there were between points and whether he had to fetch his own towel.

But if he needed a brush-up on the rules in his first match since the semi-finals of last year’s Australian Open, his game looked sharp from the start, especially his serve, which was working perfectly in the first set.

His first nine first serves found their mark as Evans, who practised with Federer in Dubai for a couple of weeks before the event, had no chance to make an inroad. But the Briton, who won his first ATP Tour title in Melbourne in January, held his own, serving well and trying to move Federer around.

Evans forced the first break point of the match at 4-4 but two big forehands from Federer closed the door and the set headed for a tiebreak.

Federer struck first to lead 2-0 but Evans won four straight points before Federer got back on level terms and evened it up at 4-4. An ace made it 5-4 but Evans led 6-5 only for Federer saved the set point with a forehand winner. Evans saved the first set point against him with a second-serve ace and then, when Federer had a second set point, he duffed a drive volley. Another drive volley from Federer found its mark to earn a third set point and the 20-times Grand Slam champion then ripped a backhand pass across court to take the set.

Trying to close out your first set in 13 months… Are you nervous, Roger?

Evans saved a break point in the opening game of the second set and was taken to deuce in his second service game as Federer forced the issue, taking returns early. But the Briton held firm and after a mishit from Federer, he got the break he needed to move ahead 3-1.

Federer had the chance to break back in the next game but missed a makeable forehand and Evans held serve for 4-1. Federer continued to pressure him on serve but Evans maintained the break to close out the set in style.

Federer had the advantage of serving first in the decider and had Evans under pressure on serve again, especially at 3-2, when the Briton had to dig deep in a deuce game.

There were signs that Federer was tiring – his first serve percentage dipped – and Evans forced two break points in the following game, at 30-40, and 40-A. But Federer saved the first with an ace and the second with a drop shot before scraping through to keep his nose in front.

Evans then came from 15-30 down to level at 4-4 while Federer held easily and in the following game, he forced match point only for Evans to come up with a brilliant serve and volley to save it and hold again.

Federer held serve to 6-5, forcing Evans to serve to stay in the match for a second time. A double fault on the opening point didn’t help, and two groundstroke errors handed Federer 15-40 and two match points and he won it with a brilliant backhand down the line.

After over 13 months away from the game, @rogerfederer plays his first match in Doha vs Evans

Evans said he was pleased with his overall level but frustrated by the result.

“I think I played pretty well,” he said. “It’s just a bit annoying to play pretty well and get nothing for it.”