Djokovic: “If I start to think about it too much, it burdens me mentally”

Just two wins away from the calendar-year Grand Slam, the world No 1 says he’s trying to stay calm amid all the hype 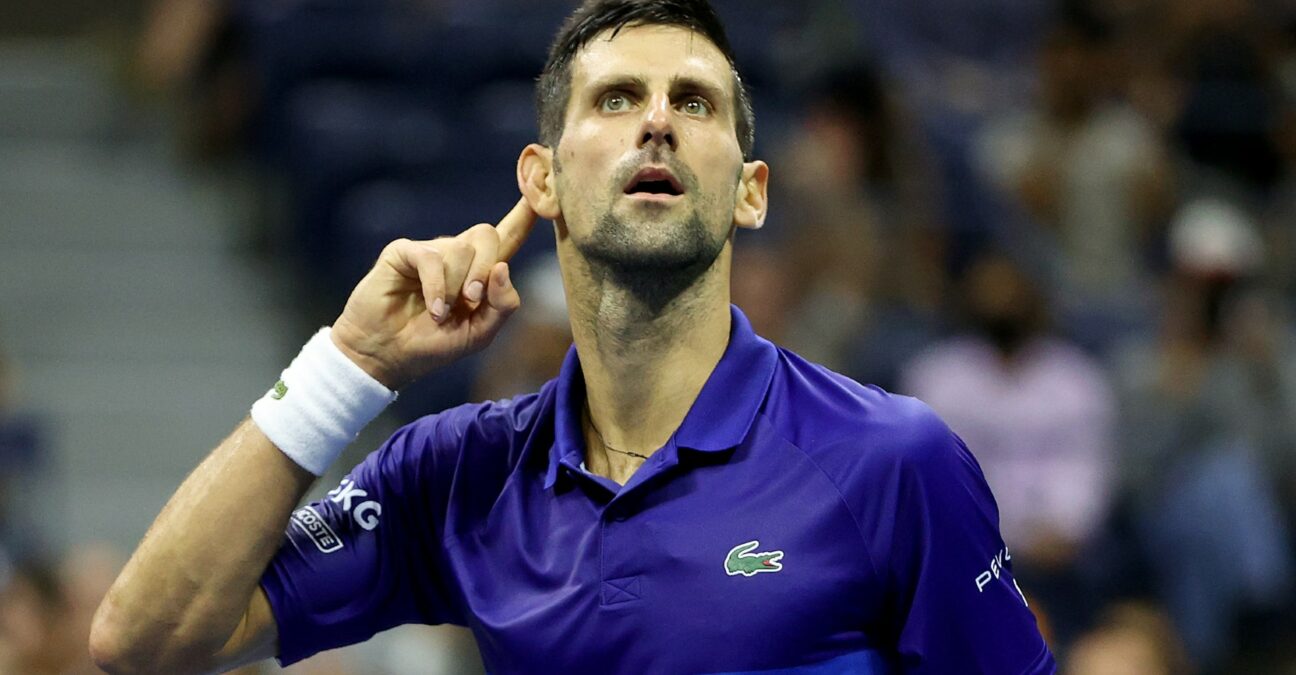 Novak Djokovic is now one step closer to achieving the impossible. One is tempted to say “again”, here. But being two matches away from the calendar-year Grand Slam right now has an unreal feeling: he has won 26 Grand Slam matches in a row in a single season. The performance in itself is already mind-blowing.

After losing the first set in his quarter-final against Matteo Berrettini (5-7, 6-2,6-2,6-3), the world No 1 didn’t let frustration take over. Exactly as he did after losing the first set against Kei Nishikori and Jenson Brooksby. It’s as if losing that first step relaxes him: back against the wall, there’s no more space for overthinking, it becomes just a fight. A champion’s brain is often a very mysterious thing.

“Best three sets I’ve played – second, third, and fourth – in the tournament so far. I managed to raise the level of my tennis. When I dropped the first set, I just went to a different level and I stayed there until the last point. That’s something that definitely encourages me and gives me a lot of confidence prior to the semi-finals.

“It was a great battle, it always is with Matteo. He’s a very powerful player, a difficult player to play against. He likes the big stage. He brings a lot of energy, a lot of intensity on the court. First set, I had some chances. He made a break in the 11th game. He deserved to win it. There were just a lot of emotions and things. I was just calm at that point. Said, ‘Whatever happened, move on’. Then I felt I kind of reached another level of focus and calmness at the same time that helped me read his game better, perfect my game. My game has improved definitely during the last couple of matches. It’s going in the right direction so far.”

“I reached another level of focus and calmness”

And that’s why he’s now making sure it’s staying that way. Aware of what is at stake, aware of how sometimes when he wants to win too bad he can sabotage himself, as we saw again in Tokyo, Djokovic chose to refuse to talk about this chase for history when asked about it on the court. Now that the finish line is close, Djokovic is deciding to forget about it as much as possible.

“I just said millions of times that of course I’m aware of the history and it gives me motivation. If I start to think about it too much, it burdens me mentally. I want to really go back to the basics and what really works for me mentally. Again, I’m in a position that is very unique. I’m very grateful for that. I’m inspired to play my best tennis. But I know what works for me to win just the next match. I know that a lot of people want to hear me talking about it. But let’s talk about it hopefully on Sunday.”

Djokovic leads 6-3 in his matches against his next opponent, Alexander Zverev. But the German broke a streak of five defeats in a row against him when he came back from a set and a break down in order to win their semi-final at the Olympic Games. It’ll be another semi-final on Friday with even more on the line and Djokovic knows that Zverev is not an ideal match-up for him when he’s in his form with his huge serve and his backhand that just can’t miss.

“The Olympic Games have been a tough ending for me emotionally. But I did dominate the tournament to the semi-finals. I was 6-1, 3-2 against Zverev, who was also playing very well. I played great tennis. Then, unfortunately, my game fell apart. It happens. I just started to doubt my shots a bit. He started to read my serve well. He has a tremendous serve and he got a lot of free points. Next thing you know he won it comfortably in the end, and he hasn’t lost a match since. He’s in fantastic form. Next to (Daniil) Medvedev, best form. But it’s best-of-five. It’s Grand Slam. Of course, looking at his
results in the past few years, he’s played very well here on this court. He was a couple of points away from his first Grand Slam title last year against Dominic Thiem. I know it’s going to be a battle, even harder than it was today. But I’m ready for it. These are the hurdles that I need to overcome in order to get to the desired destination.”

Keeping his eyes on the prize, trying to stay in this mental zone or bubble that will help him control what is actually his worst enemy on a court: his own nerves. That’s also surely one of the reasons why he feels more at ease in the best-of-five format of the Grand Slam events; it gives him time enough to recover when everything starts to be boiling too much inside. Knowing he has time brings the calm he needs to execute his shots because he doesn’t have the kind of game where free points are piling. He knew it from the start of course, so he built a plan and it’s that plan that has now also brought him to 20 Grand Slam titles and the “Nole Slam”. And it’s this plan that he counts on to get that calendar-year Grand Slam.

“I’m going to be ready to go five sets, five hours, whatever it takes. That’s why I’m here”

“I know what my strengths are. I stick to them. I’ve worked over the years to perfect my game so it can have literally no flaws. Every player has some weaknesses in his game. There’s always something you can improve. I want to have as complete of an all-around game as I possibly can so that when I’m playing someone I can adjust on any surface, I can come up with different styles of play, I can tactically implement the game that I need for that particular match in order to win. Over the years working on perfecting the game has really helped me I think just be very adaptable to anybody’s game and to any surface.”

And so the idea to have to go toe-to-toe with Zverev in a Grand Slam semi-final right now is actually an option he prefers to the best-of-three of the Olympics.

“I like to play best-of-five, especially against the younger guys. The experience of being on the big stage so many times does help. Physically I feel as fit as anybody out there. So I can go the distance. Actually, I like to go the distance. The longer the match goes, I feel like I don’t have any issues. I think I have a better chance than any other opponent. Of course, I want to start off well and win in straight sets, don’t get me wrong. But sometimes it happens that you go through ups and downs during the match, particularly when you play against the best players in the world in the latter stages of Grand Slams. I’m going to be ready to go five sets, five hours, whatever it takes. That’s why I’m here.” Facing history here is both a burden and a blessing, but clearly, Djokovic has been embracing both since the start of this tournament which is, viewing the amount of pressure is under, as impressive as anything else. So we’re still left with the same question, Will he or won’t he? 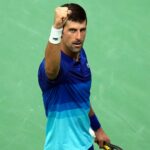