World No 6 Stefanos Tsitsipas will go into this month’s US Open full of confidence and as one of the favourites for the title. In an exclusive interview with Tennis Majors, the 22-year-old tells Simon Cambers how he embraced the Coronavirus lockdown, how playing the Ultimate Tennis Showdown may give him an edge on the rest and how he is feeling no pressure as he tries to win his first Grand Slam title. 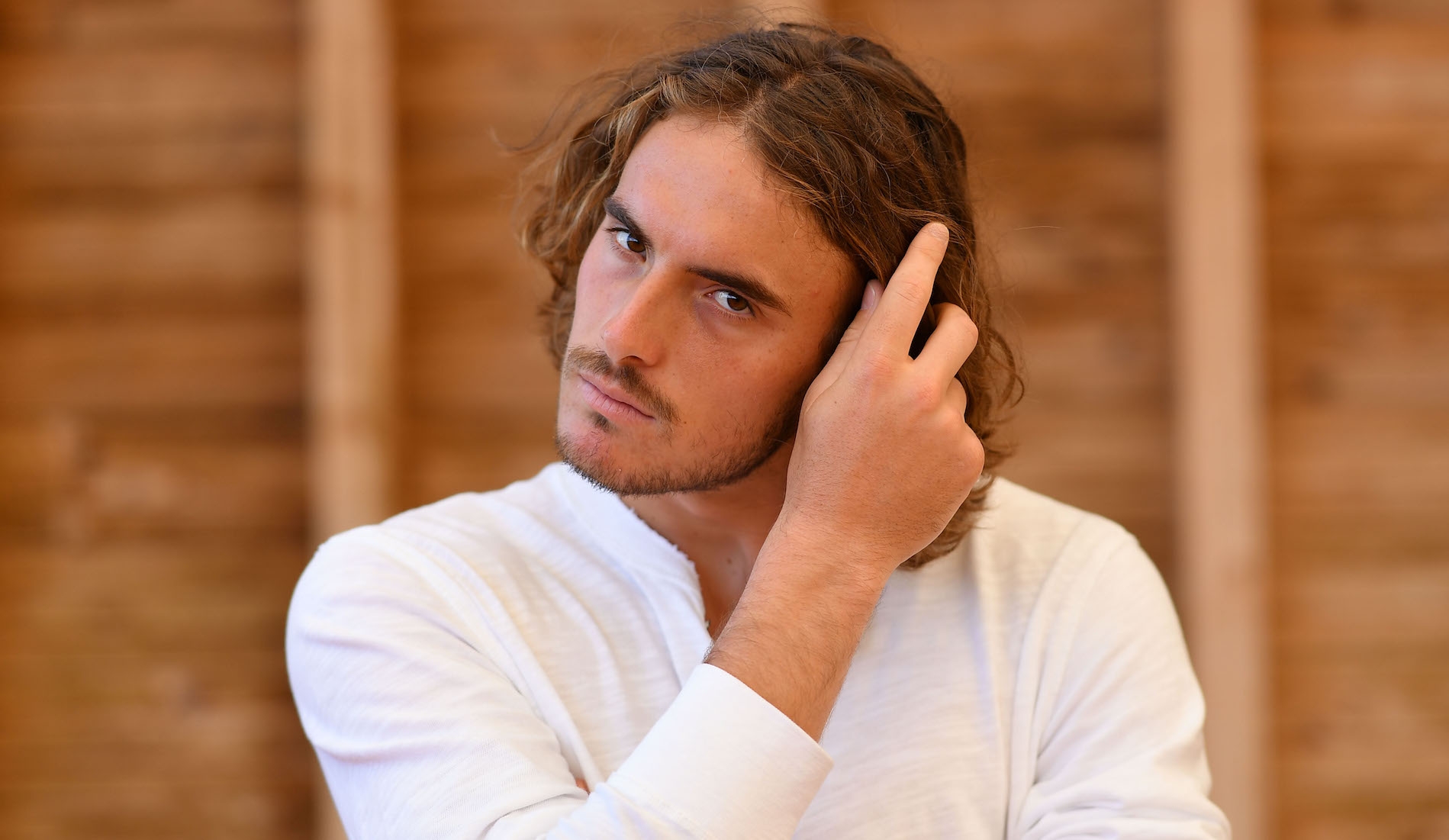 One of the stars of the show in the inaugural UTS, Stefanos Tsitsipas has plenty of tennis under his belt as he begins his title campaign at the Western and Southern Open, which is being played at the US Open venue. Confident and delighted to be back, the Greek discusses the psychological effect of playing with no fans and his hopes for glory at Flushing Meadows.

You were in great form when lockdown happened, winning Marseille and reaching the final in Dubai. Were you frustrated that you had to stop?

Not really, I just embraced it. You can’t really do much, the entire planet had to undergo this and it was no one’s fault.I embraced it and I also saw it as an opportunity to perhaps work on something or reflect on something. It was very unfortunate, and it still is unfortunate but we have to move forwards from there. You can’t really look back with a negative thought.

What did you work on?

A lot of things. Improving your mindset, always, improving your game, so many things that….tennis is my job and I always want to bring the best out of it and get better, many different factors that are going to make me a more complete tennis player. I also saw this as an opportunity to learn a few things and focus more on my education and things like that. We are sort of in a bubble when we play, we’re focused on tennis every single day of our lives, and sometimes it’s just important to de-clutter and use a different approach on our lives. It’s important for us to keep sane and I think quarantine was something that benefitted me a lot, it gave me a whole different perspective on things. It healed me in a way.

You played a lot of matches in the Ultimate Tennis Showdown during lockdown. Was that a good experience for you?

Yes, it definitely was. It was an opportunity for me to compete again and be back on track. Patrick (Mouratoglou) organised it very, very well, it was a great initiative, a great idea, and I had a lot of fun playing it. 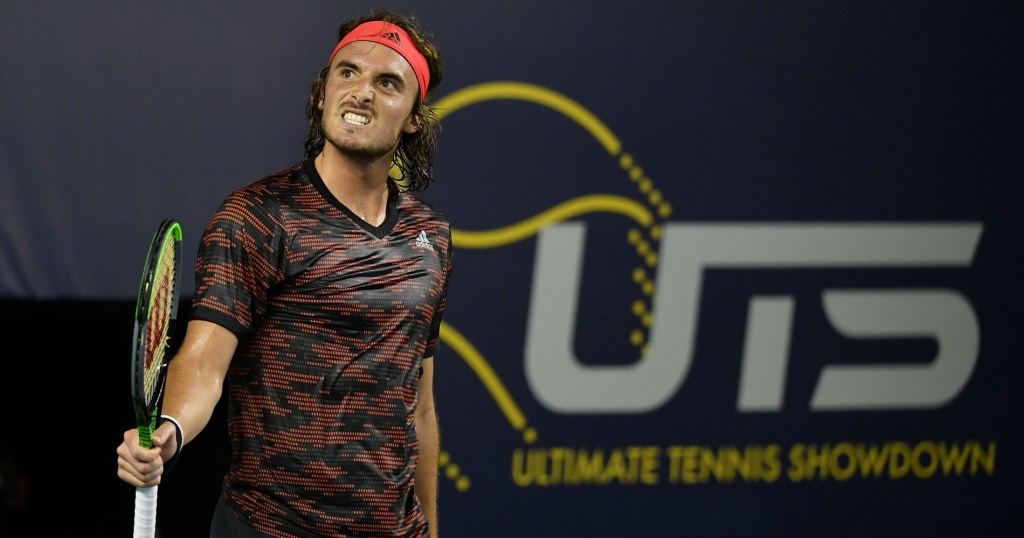 Do you think you will benefit from playing all those matches, compared to others who didn’t play much?

From my perspective, I find it very beneficial, 100 percent, that I did play matches at the UTS. Of course it’s not the same format as I’m used to playing but I got to play against many good players who know the game very well and it does give me a little bit of a psychological advantage.

There will not be any spectators either in the Western and Southern Open or at the US Open. How will you approach the psychology of an empty stadium?

Being back, seeing all the players, it puts a smile on my face, being back, and knowing I can finally compete and enjoy the game even more now. I’m a very competitive guy, I like playing in front of big crowds and the competition in general. It’s not going to be like that this year, I’m aware of it, everyone is, I guess. But it gives sort of another dimension to things. I’m here to embrace them and find a way to do better even if there are no people watching.

Do you see this as a great opportunity to win your first Grand Slam title, or go close?

I’m not really thinking about it. I’m playing well, it’s so much fun to be out here, no expectations, honestly.

“My theory behind it is that if you think about it too much it might as well never happen, so just relax and enjoy the process” : Watch Again our Major Talk with Stefanos Tsitsipas

Some people have said that because many top players are missing, there should be an asterisk against whoever wins this year’s US Open. What do you think of that?

A US Open is a US Open. It’s not going to take away anything. Of course there’s a pandemic, but it doesn’t stop the players from coming. If the players are too scared to come, well there has been an announcement that clarifies that the environment and conditions are safe for them to come and play, I don’t see any problem there.

Is the US Open a legitimate Grand Slam ? Watch Again our Match Points on this topic

Might it even be extra-special to win this year?

Yeah, even without people. Of course it is the most special feeling in the world to win with much attention, people watching and experiencing it, but at the same time, if it’s for the safety of everyone and you have to remove people, it has to be this way.

The top players all get the use of one of the expensive sponsor suites inside Arthur Ashe Stadium this year, to help with social distancing while on site. How are they?

That is very nice. I was dreaming of that a long time ago. It is very comfortable. It makes you feel certain luxuries of being a top tennis player.

After such a long break from Tour tennis, how worried are you about picking up an injury, as often happens?

I’ve had a great preparation and an injury-prevention programme that I follow every now and then, so my team knows what they’re doing with my body, nothing to worry about. I just need to do my job and the rest, they take care of. Injuries, they come unplanned, you don’t know when they’re going to show up. Knock on wood, I wish nothing happens to me, I wish I’m healthy and in good shape and good condition to play. If I have to play of course five sets and have to put my body through difficult conditions like this to make it, I’m prepared for it. I’m physically there. I’m feeling it, it’s all intact and in place.

Tsitsipas will begin his Western and Southern Open campaign against either Kevin Anderson of South Africa or Britain’s Kyle Edmund. See the draw here.