Home » News » Mouratoglou says pressure is building on Djokovic in chase for history, like Serena

Mouratoglou says pressure is building on Djokovic in chase for history, like Serena

Having lived every moment with Serena Williams as she chased the calendar-year Grand Slam in 2015, the Frenchman sees similarities in Novak Djokovic as he tries to do the same 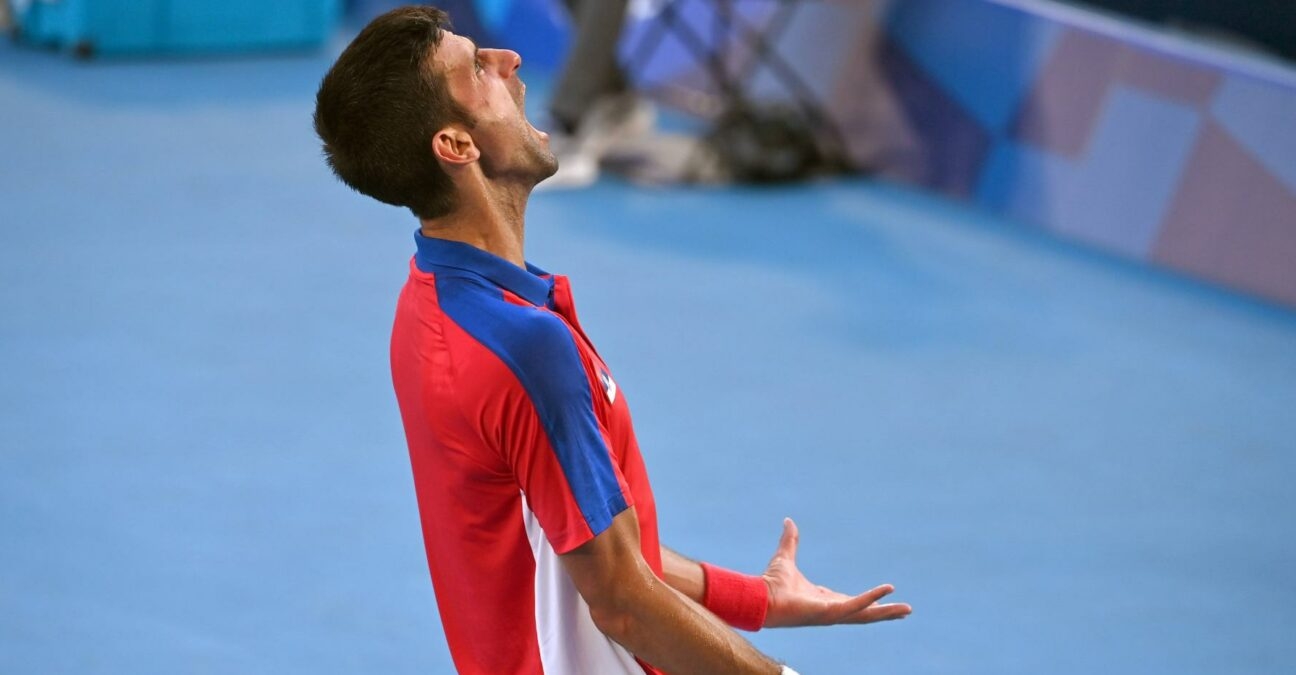 When it comes to chasing history, few people know what Novak Djokovic must be feeling as he tries to emulate Rod Laver and become the first man since the Australian in 1969 to win a men’s record 21st major at the US Open and complete the coveted calendar-year Grand Slam.

Laver, of course, is one. Serena Williams is a second, having come within two wins of the calendar-year Grand Slam in 2015, only to lose, surprisingly, to Italy’s Roberto Vinci in the semi-finals of the US Open. And a third is her long-time coach, Patrick Mouratoglou, who lived every moment with Williams.

For Mouratoglou, watching Djokovic over the past few months has brought back a lot of memories about what Williams must have been going through.

“This year is special for Novak, he was always far from the two others (Roger Federer and Rafael Nadal) in terms of number of Grand Slams,” Mouratoglou told Eurosport. “Now, he is equal – 20 – 20 – 20. So, he knows it’s an opportunity to really rewrite history and I can feel that the tension throughout the year is getting bigger and bigger.

Mouratoglou: “At the Olympics, he got crazy angry and lost”

Djokovic has handled nerves, the occasions and expectations incredibly well to this point, of course, adding the Roland-Garros and Wimbledon titles to the Australian Open crown he won in February.

No man has been this close to the calendar-year Grand Slam since Laver achieved it (for a second time) in 1969. Mouratoglou said he can see the pressure growing.

“The first two sets of the Roland-Garros final against Stefanos Tsitsipas, I felt he was super nervous, much more than usual (Djokovic recovered to win in five sets). At the Olympics, he kind of lost it a little bit, he got crazy angry and he lost. I can feel it building.

“This moment for him is a lot about dealing with his nerves. In the last tournament he played (the Olympics) he lost in a semi-final against Alex Zverev when he got crazy nervous, so he has a bad taste in his mouth and he needs to get rid of it.”

Djokovic dropped a set to Holger Rune of Denmark in the first round but came through unscathed and plays Tallon Griekspoor of The Netherlands in the second round on Wednesday.

Mouratoglou: “Playing for history is the highest pressure possible”

As a coach, Mouratoglou said it can be difficult to help a player when they’re trying to create a piece of history as significant as the ones Djokovic – and Williams – are chasing.

“If I knew the secret, I would make it a lot easier for Serena,” he said. “But playing for a 24th title like Serena has been is a new pressure altogether, it is one match for history. Sometimes, it is one set for history. This is the highest pressure possible. Even though these guys are the best in the world to deal with pressure, sometimes it is too much, sometimes it catches you, sometimes you get too nervous or too angry because the emotion is too difficult to control.

“When it comes to Serena, I think there have been some traumas in the last years – maybe she feels like she cannot express herself any more and I don’t think it’s good for her. I think she is good when she is herself. I don’t feel like she is authorising herself to be herself in several moments in big finals and I think this hurt her.”

Djokovic relying on experience as he chases history

World No 1 Djokovic, meanwhile, says he is doing everything he can to stay calm and focused on the task at hand.

“Obviously I would like myself to win, to go far, to win the title and make the history,” he said. “Without a doubt that’s something that inspires me.

“There are things that you can always rely on, go back to when you are experiencing a little bit of a turbulence in terms of emotions on the court or off the court. When it gets too much, then I’ve developed a mechanism where I feel like I can mentally handle that.

“But it’s not a guarantee, right? I do have a formula for many years that has worked well for me, that got me to where I am. At the same time, it’s not necessarily a guarantee that it will work every single time.”