Svitolina to meet Canadian teenager Fernandez in US Open quarter-finals

The Ukrainian was too strong for a wounded Simona Halep but now faces an inspired Leylah Fernandez, who followed up her win over Naomi Osaka by beating Angelique Kerber 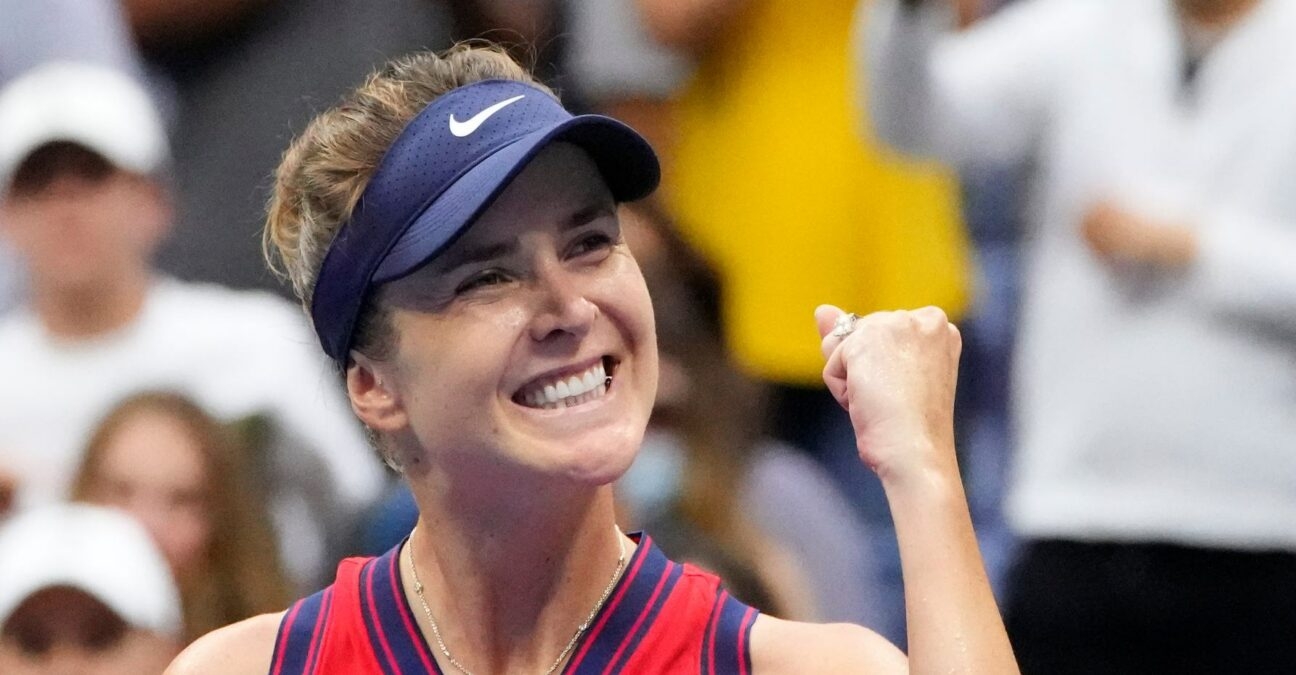 Could this be Elina Svitolina‘s year?

The Ukrainian has flattered to deceive many times in Grand Slams in her career but on Sunday, she reminded everyone that she’s a genuine title contender as she beat former world No 1 Simona Halep 6-3, 6-3 to reach the quarter-finals of the US Open.

But if she’s going to do it, not only will she have to hold her nerve, she will have to deal with the sensation of the women’s event, the Canadian Leylah Fernandez, who followed up her win over defending champion Naomi Osaka by coming from a set and 4-2 down to beat former champion Angelique Kerber 4-6, 7-6, (5), 6-2.

Svitolina too consistent, too good for wounded Halep

The 26-year-old Svitolina produced an assured performance on Arthur Ashe stadium court as she ended the hopes of Halep, whose right thigh, heavily strapped, seemed to hamper her movement as the match went on.

“I was really excited going into the match,” Svitolina said after one hour, 16 minutes of battle under the roof, thanks to poor weather. “I had to bring my best game, I really enjoyed it. I’m extremely happy with the win.”

A semi-finalist at the US Open in 2020, Svitolina has been to the last eight of a slam six times in the past but having won the 16th title of her career in Chicago on the eve of the US Open, she took her winning streak to nine matches, her court coverage and consistency too much for Halep, who made more unforced errors than usual.

Still Halep fought for everything, recovering from a break down in the second set to lead 3-2 but Svitolina remained aggressive, took her chances and wrapped up victory with her fifth break of the match.

Halep: “I feel good, but the body’s used”

“She played really well, very constant,” the Romanian said. “She didn’t miss much. She was strong on the legs, running very well. So all the credit to her. She had a very good match. From my side, a bit tired, a bit stressed before the match. It’s normal. But it’s been a good tournament. I take the positives only from this week.”

Halep said she will take some time to decide whether she will play at next month’s Indian Wells event, which has been rescheduled from March because of the Covid-19 pandemic.

“Going home and rest a little bit because I feel good, but the body’s used,” she said. “I used it a lot this period so I need to come down. Then I will decide what I play after I see how I feel.

“Normally I go. But, yeah, you never know. After a long break with injuries, I need just to talk to my doctors again, to my team, and then we’ll decide. But normally I go.”

When Leylah Fernandez trailed Angelique Kerber by a set and 4-2 on Louis Armstrong stadium, it looked as if that was the end of the road for the Canadian, who turns 19 on Monday.

But having led 4-2 in the first set, the left-hander knew she had the game and from the depths, she produced some of the best tennis we’ve seen at this year’s US Open as she stormed back to record a 4-6 7-6 (5) victory and reach her first Grand Slam quarter-final.

Taking the ball early, ripping the ball on both sides and riding the energy of a New York crowd pulling for her to get back into it, she did just that, stunning Kerber with her power, resilience, speed and endurance.

At 2-1 in the decider, Kerber had a point to lead 3-1 but Fernandez shut the door in her face and from then on, she was just unstoppable, using the angles brilliantly, running down everything and out-Kerbering Kerber.

“My family just said, stay calm, it’s only the third round

A day shy of her 19th birthday, Fernandez plays with energy but has the serenity to get the job done, too, a remarkable effort coming just two days after the high of her win over Osaka.

“My family just said to me to stay calm, it’s only the third round,” she said.

Svitolina beat Fernandez in their only previous meeting, in Monterrey last year, but the Canadian said she could not wait to get out there.

“It’s going to be a very tough match,” Fernandez said. “She’s a great player, a great fighter, she makes a lot of balls. I’m just going to have fun, like I’ve been doing, and see how it goes.”