Richard Gasquet came out on top the eagerly-anticipated battle of experience versus youth by defeating Corentin Moutet in Ultimate Tennis Showdown, winning 18-5, 14-15, 12-11, 17-8. 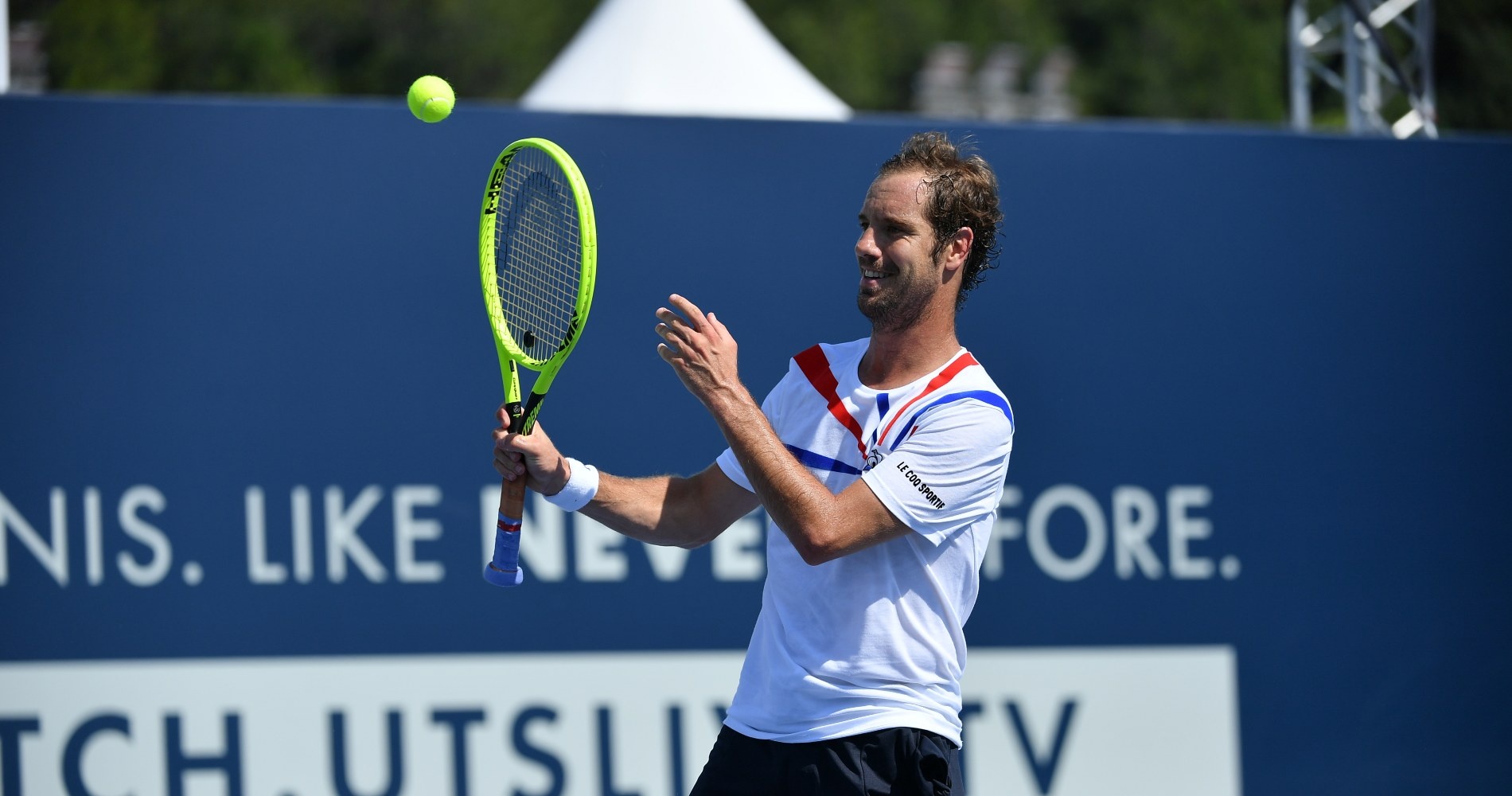 The match billed as the ‘French Civil War’ was a real clash of the in-form players and, despite Moutet being 13 years Gasquet’s junior, this was a tough one to call on paper. Would experience win through or the exuberance of youth prevail in this exciting new format?

During the course of the tournament, both had grasped a quick understanding of the new rules and, in particular, the use of ‘UTS Cards’, of which the players can use two per quarter in order to give them a distinct advantage if utilised correctly.

The Virtuoso is through ✅

Not too sure what happened there at the end, but the takeaway is the following: @richardgasquet1 defeated @moutet99 3-1.#UTShowdown pic.twitter.com/laflniTKWY

It was no surprise when both Frenchmen chose to use cards that had served them well in Steal Serve and Winners count x3. And it was Gasquet who got off to a flyer, using his Steal Serve at 8-2 up as his opponent struggled for early rhythm, hurling his racket into the awning in frustration.

Even with five minutes of the quarter remaining, is looked all over for Moutet at 11-2 behind yet was not lost, with two cards still in the Moutet locker. But successive double faults was certainly not what the doctor ordered, and it was something of a formality for The Virtuoso to close out a dominant opening quarter 18-5.

“You know Corentin, I didn’t think he played his best, he played, to be honest, not good and made some mistakes,” said a humble Gasquet. “I know how talented he is. It’s always good to play the first. He’s a very good player so I expect a tough match from him now.” 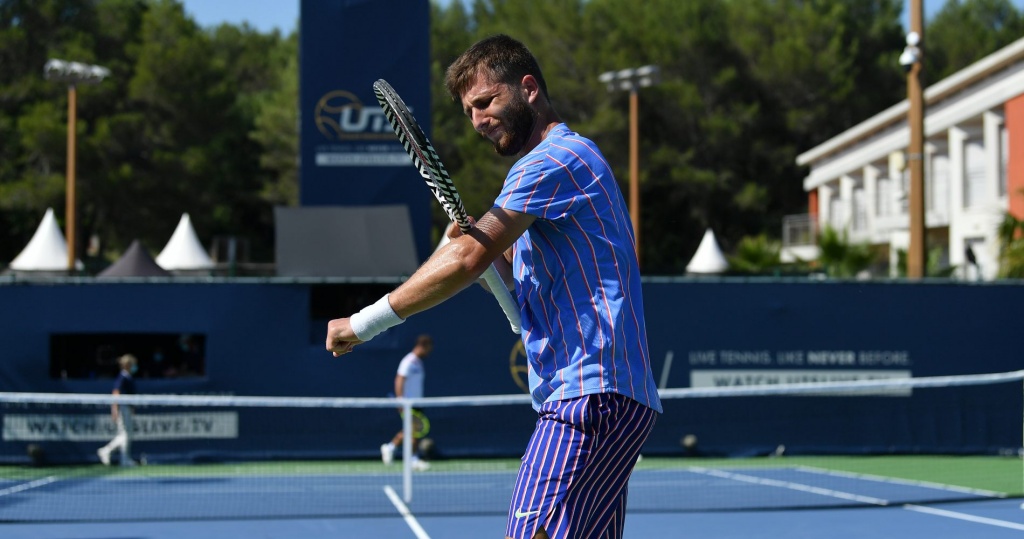 The great thing about this format, though, is that momentum can change in a heartbeat when points, timing of cards and awareness of the clock are all important. A single winner can easily turn the course of a quarter.

A lovely backhand winner up the line seemed to get the adrenaline pumping for Moutet, and he followed it up with an inside-out forehand winner. As Gasquet had eluded to, The Tornado is a talented and dangerous opponent, and at 10-8 up and with two cards remaining, the quarter now seemed to be in Moutet’s hands.

Flashing forehand winners edged The Tornado further ahead but, in an attempt to go for broke on a Winners x3, he allowed Gasquet back to level at 14-14 and force a deciding point. This time, it was on the Moutet serve, and it was the youngster who levelled with a pressure overhead.

“I’m sorry for the word, but if I’m a pussy and let it bounce and take a forehand, I miss ten forehands in the match, so I decide to be brave and do the smash. But I’m not happy about my game and I have to improve.”

Moutet stuns with exhibition shots but Gasquet wins through

It was now the close match that people predicted, and the third quarter started with some exhibition net play, the compatriots sharing a smile and appreciation after an entertaining exchange. Moutet is already becoming well known for his flamboyant strokeplay, and a dropshot followed by exquisite lob even brought applause from The Virtuoso.

All players are also allowed four coaching time-outs of 30 seconds during the course of a match, and it seemed required for Gasquet to recompose himself. A player is also allowed to refuse, and that’s what Moutet did, instead opting to play a Winners x3. It proved an inspired decision, an incredible drop volley spinning backwards towards the net. And although Gasquet got there, he couldn’t prevent himself from running into the net at the same time as the ball.

The most unconventional three-pointers so far, but it's a STUNNER. Should it count?#UTShowdown pic.twitter.com/oAwHF6xfcf

The match bubbling into the classic that was expected, Moutet levelled at 11-11 to force yet another deciding point. But this time it was on the Gasquet serve, and The Virtuoso took it with a clean ace.

“I didn’t want to do a second serve, trust me, because it was tough and he hit some incredible points, winning the three points, so it was tense and good to serve an ace,” said Gasquet.

The Virtuoso takes the third quarter against @moutet99 on another deciding point. #UTShowdown pic.twitter.com/auQyD3pLFH

In these best of four quarter matches, all was not lost for The Tornado, who described the amazing drop shot as the best of his life.

But it was Gasquet, who followed up his wins over David Goffin and Dustin Brown, with a dominant final quarter as the elder statesman grabbed bragging rights over the young upstart. For the moment, at least.