Home » News » The UTS Final 4 is set; just the seedings to be decided

The UTS Final 4 is set; just the seedings to be decided

The Final 4 of UTS is set, with Stefanos Tsitsipas, Richard Gasquet, Matteo Berrettini and David Goffin all through to the semi-finals. All that is left to be decided is who will play whom on Sunday July 12. 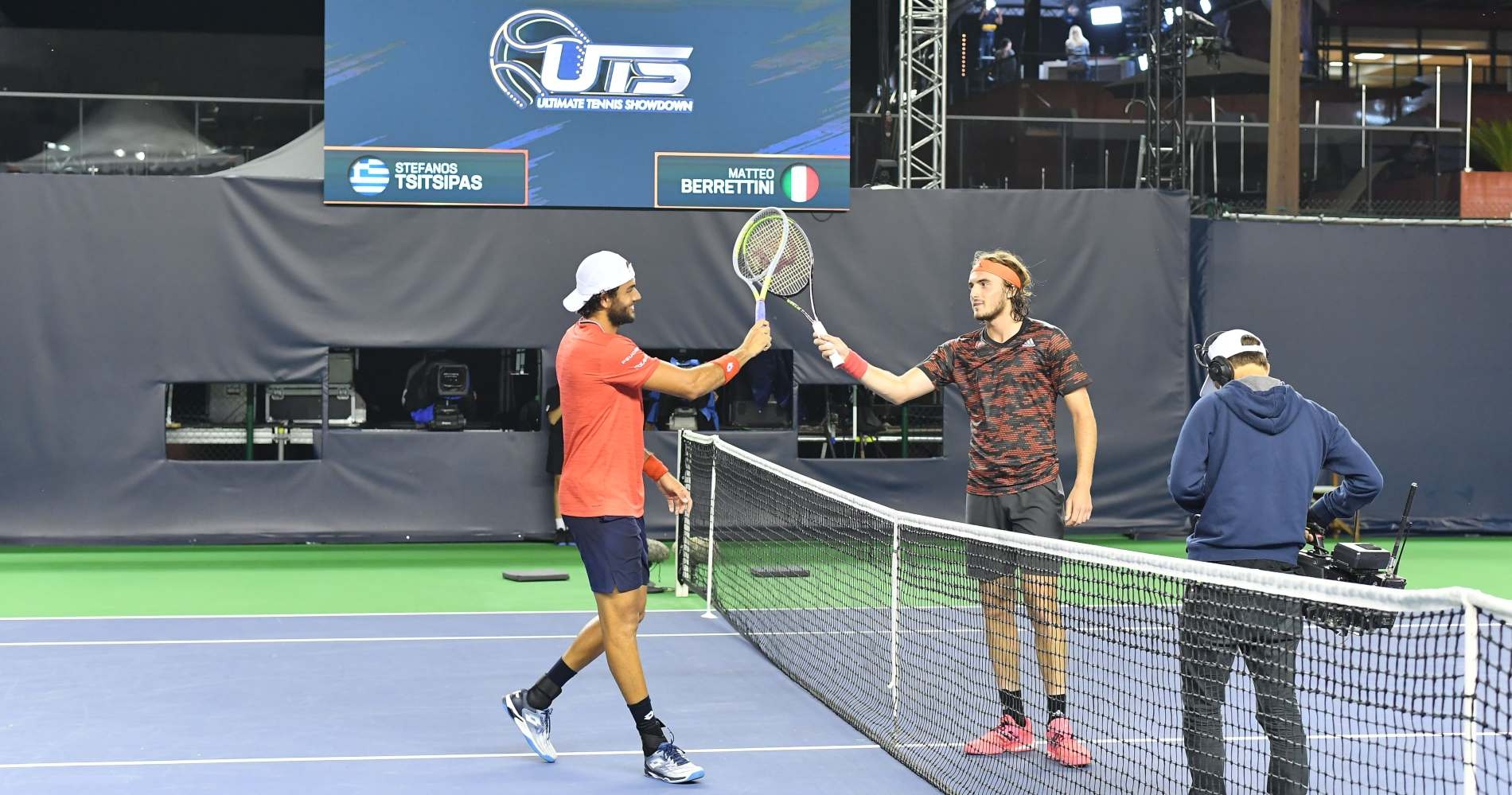 Stefanos Tsitsipas is at the top spot in the UTS standings. But he will need a win over David Goffin during next Saturday’s final set of round-robin matches to secure the top position and prevent Richard Gasquet to overtake him before the finish line.

The Greek God has a 7-1 record going into his last match, with The Virtuoso (6-2), joining Matteo Berrettini and David Goffin (both 5-3) in the Final 4 of the revolutionary event. If two or more players are tied with the same number of wins, the tiebreakers are, in that order:

Goffin was the last man to book his spot in the semis thanks to his win over Benoit Paire on Sunday and the Belgian, whose nickname of The Wall could not be more apt, thanks to his consistency, hinted he would like to play the lone Frenchman still standing.

“I haven’t played Stefanos yet in this format (the pair will play on Saturday), but I lost a close one to Richard (Gasquet, “The Virtuoso”, so maybe that could be a little bit of revenge,” he said.

In the semi-finals, the player ranked first will face off the player in fourth position, and the second will play against the third. So the last matches will be crucial for seeding purposes.

Gasquet will face off Paire and Berrettini is scheduled to play Corentin Moutet. But The Hammer could be replaced by an alternate, as he is engaged to play the Thiem’s 7 next week in Kitzbühel. However the Italian will be back at then Mouratoglou Academy on Sunday to play his semi-final match.