Home » News » Tsitsipas vs Goffin and Gasquet vs Berrettini: UTS semis are set

Tsitsipas vs Goffin and Gasquet vs Berrettini: UTS semis are set

After Tsitsipas defeated David Goffin on Saturday afternoon, Ultimate Tennis Showdown semi-finals are set. Tsitsipas and Goffin will meet again on Sunday, and Gasquet will take on Berrettini. 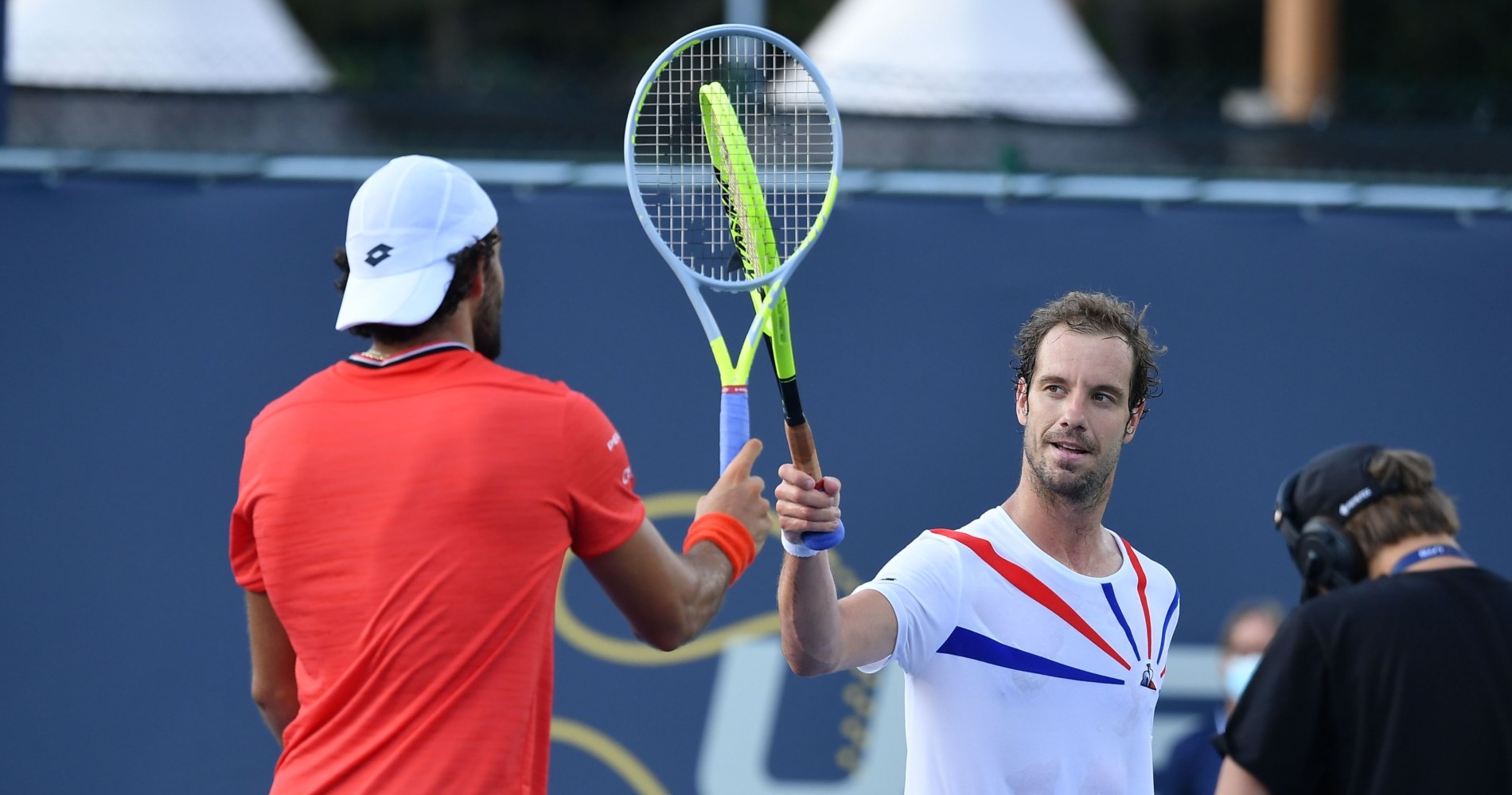 After Stefanos Tsitsipas defeated David Goffin on Saturday, the ranking of the UTS Top 4 is set in stone and the Ultimate Tennis Showdown semi-finals matchups are known.

With his 8th UTS victory in 9 matches, The Greek God can’t be surpassed anymore by Richard Gasquet, who will play against Benoît Paire at 9:00PM CET. The Virtuoso ends the round-robin at a stunning second spot. Matteo Berrettini, who did not play at the Mouratoglou Tennis Academy on Day 9 because he was committed to play the “Thiem’s 7” exhibition event, finishes third. David Goffin, who also qualified for the semifinals last weekend after defeating Benoit Paire, is fourth.

Goffin had shown a growing momentum in UTS over the past couple of weekends. As for him, Tsitsipas has not lost since Day 4 against Dominic Thiem, despite not being always brilliant.

Against Berrettini, Gasquet will be eager to get his revenge after his 4-0 loss in their round-robin meeting on Day 5, a time when The Virtuoso was the UTS leader. That day, despite what the scoreboard suggests, Gasquet played some very solid tennis but Berrettini played better in big moments.