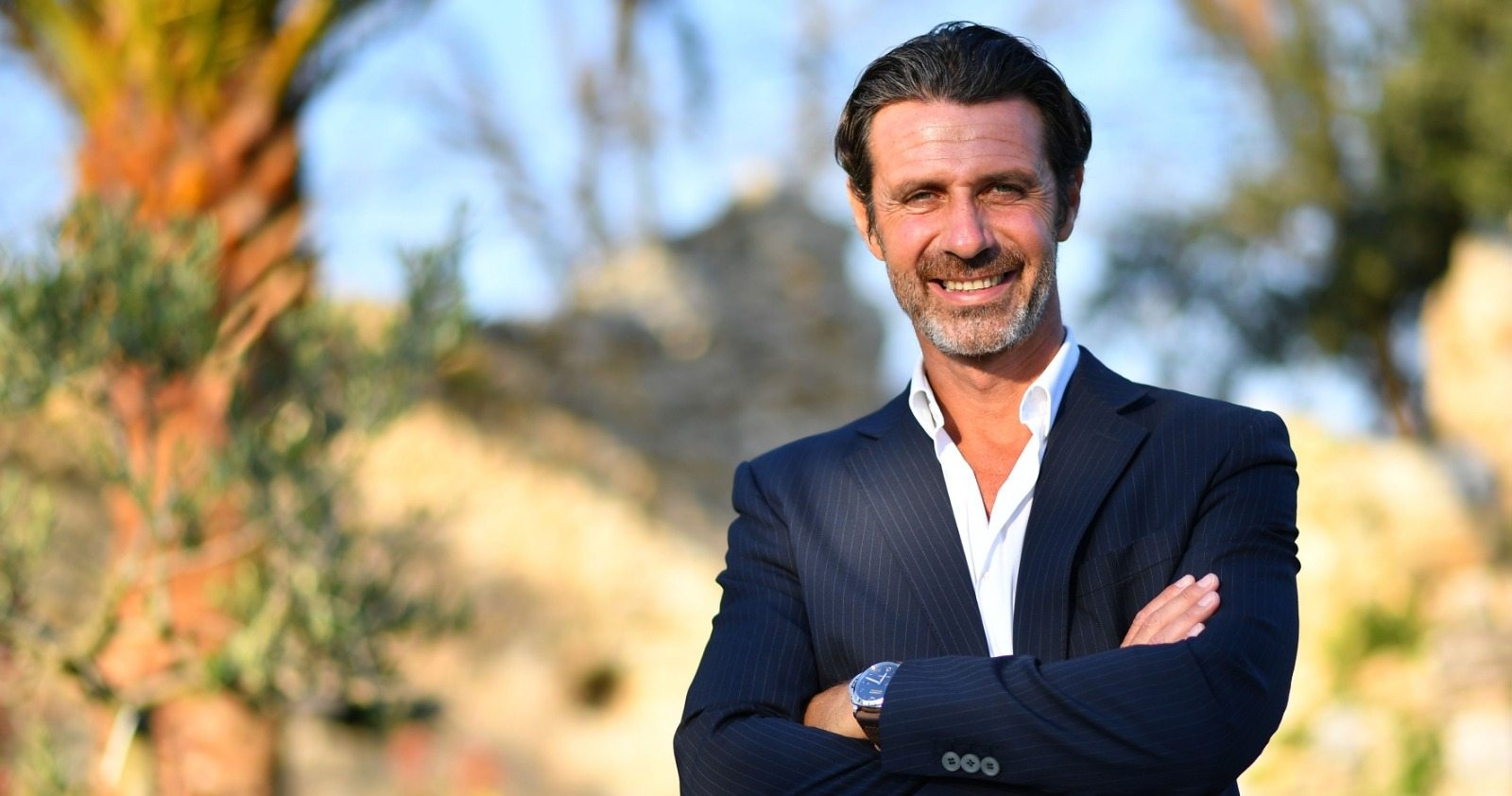 At a time when the tennis world is stuck, the influential Patrick Mouratoglou makes things happen. A week after raising the alarm on the situation of players ranked outside the top 100, Serena Williams’s coach and Tennis Majors expert just announced he is launching a new tennis league, the Ultimate Tennis Showdown (UTS), that could change the way we consume tennis both on the short and the long run.

While no ATP or WTA match will be played before at least July 13th, due to the Covid-19 pandemic, Patrick Mouratoglou promises to feature 50 matches during five consecutive weekends, starting as soon as of May 16-17th, to feed people’s appetite for tennis. 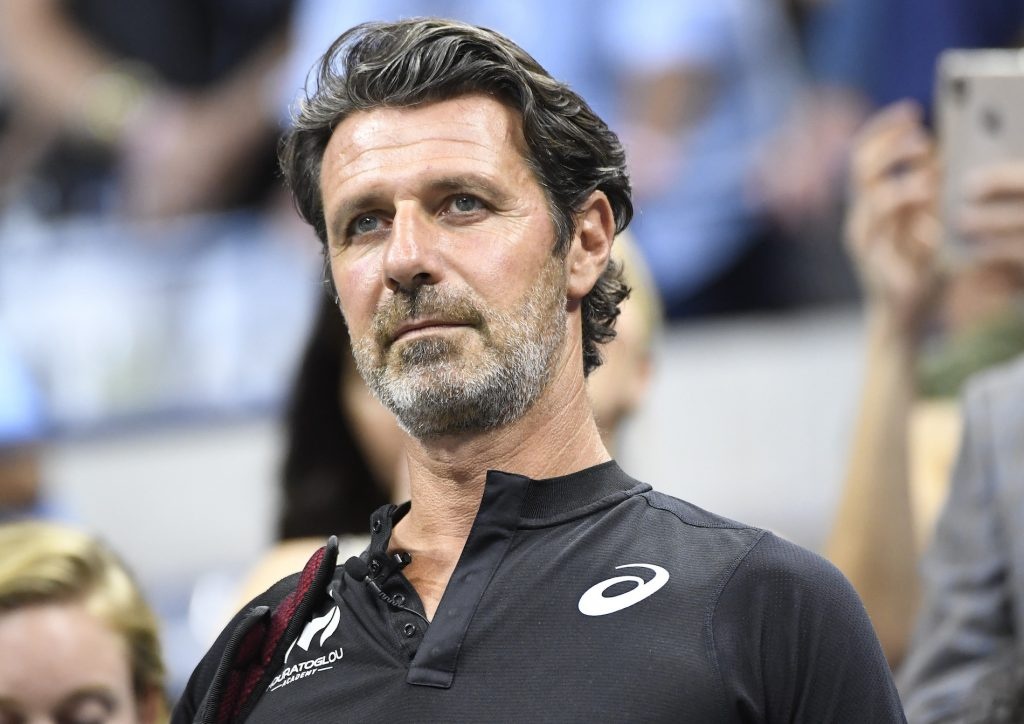 Surprisingly enough, he assures, in the extended interview he gave last night to Tennis Majors that you can read below, the UTS is not a one-shot and will continue when the ATP and the WTA tours resume. “The UTS is a championship that is going to last the whole season, and for the years to come. Players will earn points, money, and there will be a champion“, he told our interviewer Josh Cohen.

Goffin and Popyrin, first names confirmed for the UTS

With this concept shared with Alexei Popyrin’s father, the 49 years-old tennis coach aims at revolutionizing the tennis experience for fans and spectators, and at making tennis attractive for young people. “I want players to be encouraged to show their emotions. I want coaches on the court, I want interaction with the public“, he said.

The event will be held at Mouratoglou’s Tennis Academy, the biggest in Europe, located near Nice, in the south of France. Indeed, France announced the end of its coronavirus lockdown on May 11th and Mouratoglou promises that strict preventing measures will be taken during the games.

For now, two players have given their agreement to participate: David Goffin and Alexei Popyrin, who trains at the Mouratoglou Academy. As he has made his project public, he ensures he will now speak to more players, discuss with broadcasters and publish the entire casting next week.

You can read here our exclusive interview with Patrick Mouratoglou about the UTS :

JOSH COHEN: People are craving for live sport and live competitions, but the Ultimate Tennis Showdown will be on its way soon. Tell us about this and how this will roll out.

PATRICK MOURATOGLOU: We wanted to make the most of this period and to use it as an opportunity to show our vision. During five weekends, starting from May 16-17th, ten players are going to play against each other. So we will feature 50 matches. It will be ten top players, even though we have not talked to a lot of players for now as we did not want the project to leak. After that fifty matches, we will sit down, we will see what people enjoyed, what they disliked and adapt. Because this is not a one-shot. The UTS is a championship that is going to last the whole season, and for the years to come. Players will earn points, money, and there will be a champion.

Which players will feature the Ultimate Tennis Showdown?

For now, we went to two players: Belgian David Goffin (#10 player in the world), who gave his OK, and Alex Popyrin (#103), who will obviously play also. As soon as the other players will confirm, I will announce it next week. I am extremely confident because the players are genuinely willing to play matches that count. Not exhibitions, because they are competitors, and also in which they can earn money. 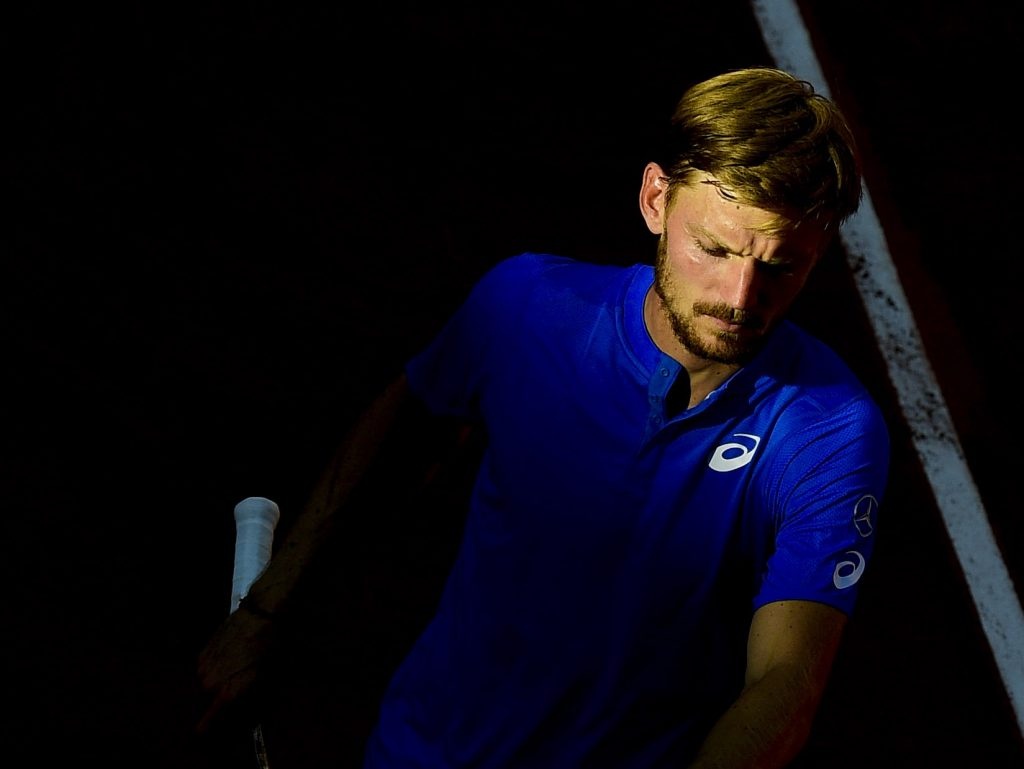 Where will the matches take place?

The venue is Mouratoglou Tennis Academy, which has amazing facilities and exists for 24 years now. It is near Nice in the south of France, close to Monte-Carlo and Marseille. It is a region where there are a lot of professional players. As the lockdown in France will be over on May 11th, French players will be able to travel. My Academy will host the first five week-ends. But then we will go to other places, in the US, Australia and Asia, because this is not a European tour, but a worldwide tour.

Mouratoglou : “I want people lo love or hate the players because they know them better”

When did this idea surge to you?

During this period, when a lot of things stopped, we tried to activate our mind and to come out with new ideas. We reflected on the possibility to showcase tennis, but then we thought bigger: which tennis do people want to see? Everything started with an unbelievable idea of Alexei Popyrin’s father, whose son trains at my Academy in Nice. When he told me about his project, I immediately went for it.

Why is it the right project for right now, for people to see the game as they have never done before?

I am probably one of the most passionate guys about tennis since I am a child. Also, I think the ATP and the WTA have been doing a great job since such a long time now. But a lot of young people are not attracted to tennis because a lot of other sports feature better shows. We want to create a new tennis show that attracts also young people. In the NBA, in American football, in European soccer, the players share so many emotions with crowds and people love that. In tennis, that does not happen as much as it should. We have unbelievable personalities, but a lot do not express themselves. One watches sport because he wants to feel something. It is as for a movie. One watches a movie because he wants to feel emotions, he wants to cry, he wants to feel anger. Many sports actually succeed in achieving that. Why the only emotion in tennis is because the player that I like loses or wins? I want people lo love or hate the players because they know them better. That is exactly the goal of the UTS.

Not only allowing but encouraging players to show off their emotions is somehow counter what this old game has always told us. You are willing to reinvent the game.

When you play a tennis match, you go through tons of emotions: highs, downs, frustration, happiness. Basically, a tennis match is your life shortened. Today, when you watch the top players playing, you don’t understand what they feel. I loved tennis in the 70s and 80s. Seeing McEnroe and Connors arguing and talking to each other from the side of the net was great. Comparing them with calm and quiet Borg was great. Then over the years, these differences disappeared. We must let the players be who they are. When Serena gets angry, people say “oh, she loses it.” I don’t get that, because she goes through so many emotions. All soccer or basketball players lose it at every match, and it is normal.

Mouratoglou : “The last thing we want to happen is for anyone to get sick”

Are you targeting a younger fan base?

Exactly. The average age of a tennis fan is quite old, because it is an extremely traditional sport. Yet society has changed so much, not has tennis. In a way, this is fine, because tennis has an extremely loyal fan base. But we can also attract a lot of people who are not interested in tennis for the moment.

Obviously these matches will be played without crowds as the world continues to deal with this pandemic (ATP and WTA Tour are suspended until July the 13th and the WTA Rogers Cup have been postponed). How will you adapt to the Covid-19 pandemic and its necessary preventing measures?

The last thing we want to happen is for anyone to get sick, whether it is a player or a ball boy or a chair umpire or anyone who is filming. We will test everyone, then they will have to undergo a 15-days quarantine, and then we will test them again just before we start. Of course, they will be absolutely no crowd watching. And of course, for safety reasons, we won’t be able to have coaches and families on the court, but we will find different ways to make them interact, as with headphones. Players, instead of turning on the same side of the court at the changeover, are going to turn on the opposite side and sit on the opposite side. All the ball boys will wear gloves. The ball will be different for the two players, and they will be marked.

Mouratoglou : “I want people to be able to stream it for free”

Do you already know where the UTS will be broadcasted?

I don’t have all the answers now, for the simple reason that the timing is extremely short as you can imagine. The first step is to announce what we are doing. The second step is going to start on Monday. We will deepen our talks with broadcasters and players, and work to ensure the security of the players. For broadcasters, it is an amazing opportunity to offer live sport. I want people to be able to stream it for free but again, of course, there will be other announcements in the next few weeks. I hope not but it could be the only tennis we see this year. That is a possibility.

Are you planning to discuss with the ATP and the WTA?

I would love to sit down with the ATP and the WTA all together in a few months and think about how we can have this last for next years. I want the tennis pie to grow. I have discussed for a while with people from the ATP, the WTA, the Grand Slams, tournaments directors. A lot of people want to add some new things in tennis, but a lot of people don’t. I am excited that this initiative is completely private and thus can be a laboratory where we will be able to experience all the things that we wanted: coaching, interactions with the fans, expression of emotions.