Verdasco beats Brown, but Moutet goes through to UTS2 semifinals

The UTS2 Group B winner was decided after less than an hour of court time on Saturday. Fernando Verdasco beat Dustin Brown, but it wasn’t enough for El Fuego to pass Corentin Moutet in the standings. 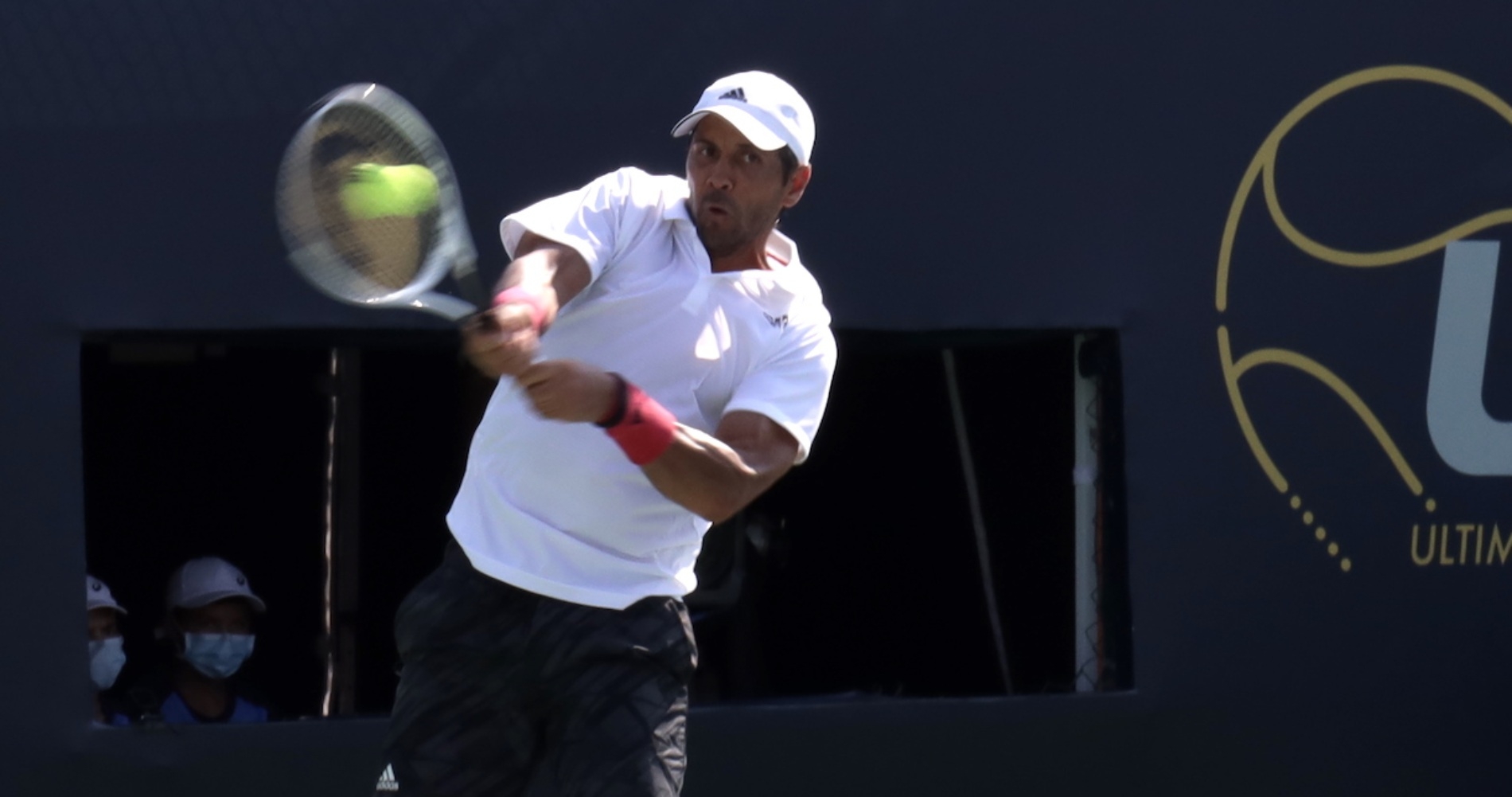 It did not take long to decide Group B of UTS2 on Saturday afternoon.

With all four players – Corentin Moutet, Benoit Paire, Fernando Verdasco, and Dustin Brown – holding 1-1 records after the first weekend of action, Saturday was expected to be chaotic. After all, every scenario was in play.

Instead, the Group B winner was decided after less than an hour of court time. Due to Paire’s abrupt retirement against Moutet, Brown was eliminated and Verdasco was forced to defeat The Artist by a 4-0 margin in order to have any chance. When Brown took the first quarter 19-16 over El Fuego, Moutet clinched his spot in the semifinals.

The world No. 239 actually trailed Verdasco 12-6 in the opening frame, but he got back in it with a pair of big serves in next point counts two situations. A streak of nine straight points brought Brown to a 15-12 advantage. Verdasco used steal serve card at 13-15 only to immediately double-fault. Serving at 16-14 with one minute remaining, Brown executed a perfect serve-and-volley tactic to all but end the quarter.

Both players seemed to remain motivated despite knowing their unfortunate UTS fates.

“Congratulations, Moutet! To be honest he is a great guy, on and off the court,” Brown said of helping the Frenchman clinch the Group B victory. “I’m happy for him. Either way, I’m going to do my best. I don’t even know what happened (in the Moutet-Paire match). I guess I’ll hear later.”

“I was up; he made seven points in a row,” El Fuego lamented. “This format is like this. I tried, but he just played better than me. At the end, I’m here to compete, to try my best, to see how I feel. For me it’s just great to be back on the tennis court. No matter what happens, it’s been nice.”

Mentally, Verdasco stayed in it. Strictly from a tennis aspect, however, the Spaniard had no chance in quarter two. The Artist was completely on fire, raising his level to an even higher standard than what was on display during the first 10 minutes. Brown played a next point counts double card quite early at 4-2 and quickly went ahead 6-2. A leaping volley by The Artist gave him a 9-3 advantage and not long afterward a huge return gave him an 11-3 cushion. From there Verdasco had no chance to recover.

…and the Air Drive Volley.

“[Everyone in the group] is hard,” El Fuego praised. “When they put first serves in, when they hit like nothing matters and they put it in… They can do everything with the ball. It’s hard to play, but you have to keep trying and see if things turn around a little bit.”

“Life is great,” Brown quipped. “Everything is perfect. Everything’s gotten a lot better (since my previous UTS matches).”

Verdasco stays in it

Brown surged to a 10-4 lead in quarter three on the strength of a take away one serve card and a next point counts double card. Just when it looked like Verdasco was done, however, he rose from the proverbial dead. El Fuego came up with an ace in a next point counts three situation and eventually won two consecutive next point counts two points for a 15-10 lead. Brown produced some absolutely spectacular shots throughout the remainder of the quarter, but it was not enough to come back.

“It’s not easy to enjoy it when it’s so hot and so humid,” Verdasco commented. “It’s like an oven. But we are both pushing. We are trying to serve well; serve more first serves. He was not as perfect as the other two quarters, so he gave me a little bit more of a chance to play.”

Once again in the fourth quarter Brown seized an early lead, but he used both of his cards (next point counts two and must serve and volley) in order to do it. Verdasco still had both of his cards in his pocket, and he dialed up a next point counts two offer while trailing 11-7. Success each time leveled things up at 11-11 for El Fuego. Impressive returning gave Verdasco an upper hand and eventually a double-fault by The Artist at 14-16 with less than a minute remaining virtually ended the quarter.

That forced the first sudden death of the day, and El Fuego quickly completed his comeback with a big serve followed by a well-placed return that Brown could not handle at the net.

Although neither man is through to the semis, both enjoyed their UTS experiences.

“It was a great experience to be here these two weekends,” Verdasco assured. “I’ve been here also during the week practicing and going around the Academy. It’s a shame that this is the last weekend. It’s not the same format, but you can play and get ready for whenever the Tour comes back.”

“My tennis in every match got better and better,” The Artist added. “Generally it’s very interesting for fans to watch – something that you don’t get at other tournaments.”