11 nerdy facts about the Italian Open

In our video, check out 11 nerdy facts you may not know about the Italian Open, one of the biggest clay-court events after the French Open.

Pavlyuchenkova on Emotional US Open Decision: “I have not missed a Grand Slam since I was 16”
Next 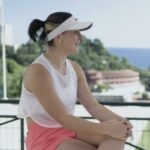 Andreescu: I will definitely be at the Australian Open

1. The Italian Open has not always been held in Roma

2. Pietrangeli, a living legend with a court named after him

The Foro Italico’s Stadio della Pallacorda was renamed Stadio Nicola Pietrangeli in 2006, after one of the greatest Italian players of all-time.

Pietrangeli is one of the only male players to have a court named after him while being alive, like Rod Laver or Rafael Nadal.

His court, half-buried and surrounded by 18 marble statues, is considered as one of the most beautiful tennis venues in the world.

4. Waiting for another Italian winner…

Adriano Panatta (in 1976) for the men and Raffaella Reggi (in 1985) for the women are the tournament’s last Italian winners.

Björn Borg won in Rome, in 1974, the first clay-court title in his career, a few days before his 18th birthday. Two weeks later, the Swedish was the French Open champion. He is still to date the Italian Open’s youngest winner.

In 1976, Chris Evert lost on clay for the first time in six years against Tracy Austin. She was on a 125-win streak and had lost only 8 sets during it!

Play as suspended due to darkness at the end of the 4th set, and players only began the 5th set in Houston… on September 15th.

Rafael Nadal won his first final in Rome in 2005 against Guillermo Coria after…a 5 hour and 14 minutes thriller! This is the second-longest Open era final, after the 2012 Australian Open (5 hours and 53 minutes between Rafael Nadal – again him – and Novak Djokovic).

The longest “Fedal” of all time took place in Rome. Roger Federer and Rafael Nadal battled in a gladiatorial duel during the 2006 final. Rafael Nadal, who was led 4-1 in the 5th set, saved two match points before prevailing in 5 hours and 5 minutes.

Nick Kyrgios made the headlines in Rome in 2019. The Australian was disqualified during his match against Norwegian Casper Ruud because he threw a chair and left the court.

11. Evert and Nadal, the most titled