In this episode of The Eye of the Coach, Patrick Moratoglou talks about the toll that this unusual season has taken on players. Despite the so much unexpected time off, they have not had an easy time either mentally or physically. 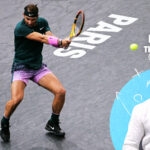 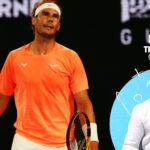 Djokovic and Nadal, champions adjusting to injuries – Eye of the Coach #34
The figures

More often than not at this time of year, professional tennis players are wearing out down the stretch. Their bodies have been put through the rigors of a 10-month season and physical problems about in addition to the mental strain of non-stop competition.

Of course, 2020 is anything but a normal year. The coronavirus shelved the WTA Tour for four months and the ATP Tour to five, drastically reducing the overall length of the season. That drastically reduced the number of matches played for everyone. The only blessing in disguise is that players are more rested than usual and in most cases healthier. At the Nitto ATP Finals, for example, only one direct qualifier (Roger Federer) withdrew and his injury issues have nothing to do with playing too much tennis. He was already sidelined even before the pandemic hit in early March.

Mouratoglou: “The three most intense months they’ve ever had in their career”

However, coach Patrick Moratoglou explains that players are still feeling the negative effects of bizarre year.

“We are at the end of the 2020 season. The players have played only three months (since the restart) and they are as tired as they were in 2019 with a full season. I think there are two main reasons for that. One is psychological, and the second one is physical. You spend all year long being in a rhythm; they haven’t had that rhythm for maybe six, seven, eight months.

“Suddenly, what the ATP and WTA did is an extremely condensed schedule — including two Grand Slams within five or six weeks. That’s almost not human. Some guys chose not to play the first Grand Slam in order to be ready for the second even though they hadn’t been playing for [many] months — just to tell you how much it is tiring and it is exhausting to have two Grand Slams played back-to-back on two different continents on two different surfaces. Yes, it’s only three months, but it’s the three most intense months they’ve ever had in their career.

“When you have much less events, every event becomes much more important. So the pressure is much higher. Then you live in a different world. For some of the guys they couldn’t have their family around because of the COVID…so (there was) extra stress…. Some of them are very scared to be tested positive, because this would mean no tournament.”