Eye of the Coach #70: “Allowing off-court coaching has not changed anything”

In the latest edition of Eye of the Coach, Patrick Mouratoglou assesses the impact of allowing off-court coaching in the second half of 2022 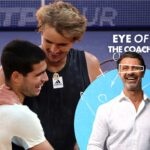 Eye of the Coach #69: The Alcaraz-Rune generation and the Next Gen of Medvedev, Tsitsipas and Zverev will have a big battle
Next 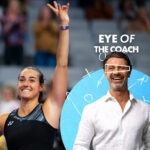 Eye of the Coach #68: Caroline Garcia has what it takes to be No 1 and win Slams
The figures

From mid-July until the end of the season, the ATP allowed off-court coaching as a test. Coaches were allowed to talk to their players and gesture at them, something some had been doing before but unofficially and often in hiding, sometimes resulting in warnings from the chair umpire.

This authorisation has been the subject of much discussion, with some in favour of off-court coaching, such as the coach of world number seven Daniil Medvedev and Stefanos Tsitsipas, and others against, such as Nick Kyrgios, who said in a tweet last July that “the beauty of tennis is to be alone on the court”.

In the latest episode of the Eye of the coach, Patrick Mouratoglou explains that the authorisation of off-court coaching has not changed anything on the circuit for the moment, with coaches still hiding to coach due to lack of practice, which is detrimental to the show. According to Simona Halep’s and Holger Rune’s coach, the coaches deserve to be better promoted. 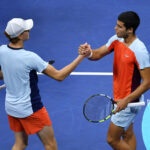 Eye of the Coach #67: Now and in the future, Sinner is the most dangerous challenger for Alcaraz
tennis majors
Share this story
Facebook Twitter Linkedin Whatsapp Email
CREDITS
Patrick Mouratoglou