Some tennis racquets are memorable, some stick in the mind for even longer. Only a few are truly iconic. 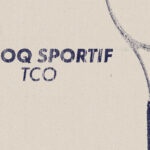 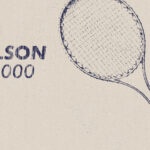 In episode #2 of a special new series, Legendary Racquets, Seb Proisy examines the Dunlop Maxply, a wooden racquet that has quite a pedigree. The reason? It was the racquet that John McEnroe, Ilie Nastase and Rod Laver all used during their legendary careers.

This racquet, made from a mix of nine different woods, was first produced in 1932 and pretty much dominated the wooden racquet market for the next 50 years. The Maxply weighed in at 395 grams strung, had a balance point of 34 centimetres and a string pattern of 18 by 19.

The most recent name we can associate with the Maxply is American legend John McEnroe. The left-hander won a total of seven grand slams, two of which came in 1981 while he was playing with the Maxply: his first Wimbledon title and his third US Open title.

But the biggest piece of notoriety that the Maxply can claim is the fact that Rod Laver won both of his calendar year Grand Slams with the racquet.

The Australian player was using a Dunlop Maxply when he won all four Grand Slam tournaments in a row, something he achieved in 1962 and 1969. Laver remains the only male player to have ever won all four major tournaments in the same calendar year, including in the Open era, which began in 1968. While this is an incredible achievement, it’s worth mentioning that three of the four Grand Slams were played on grass, which gave a slight advantage to serve-and-volley players like Laver. 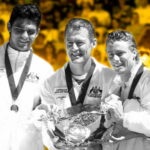