Some tennis racquets are memorable, some stick in the mind for even longer. Only a few are truly iconic. Seb Proisy presents them in the new Tennis Majors video series. The first episode showcases the Le Coq Sportif TCO, which was used by Yannick Noah when he won the 1983 French Open. 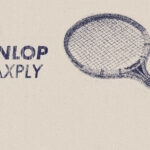 In episode #1 of a special new series, Legendary Racquets, Seb Proisy examines the Le Coq Sportif TCO, a piece of equipment that holds a special place in history.

The reason? It was the racquet used by Yannick Noah when he won Roland-Garros in 1983 – the last time a Frenchman won any Grand Slam singles event.

It is also the last racquet made mainly of wood to win a Grand Slam title.

He also liked the look of the racquet, which was distinguished by its “third branch”, an extra line of wood in the throat. Le Coq Sportif said the third branch added stability and moved the sweet spot higher, but Noah, a style icon himself, just liked the way it looked.

Noah liked to add weight to his racquets by adding lead tape but he only used it for a couple of years before upgrading to a graphite racquet made for him by Le Coq Sportif.

Remarkably, Noah remains the only French man to win any of the four Grand Slam events in the Open era, which merely adds to the iconic status of his good old Le Coq Sportif TCO.