When will tennis be able to unite itself? – Match Points #1

Match Points is a talk show about tennis, hosted by Josh Cohen for Tennis Majors. In the first episode, our three guests talked about the possible ATP-WTA merger and the current situation in the tennis world 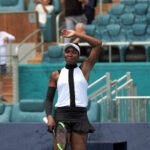 Who would be the ideal commissioner for tennis? – Match Points excerpt
Next 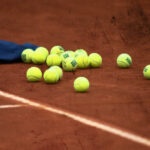 When and how will tennis return? – Match Points #2
The figures

Match Points is a talk show about tennis, hosted by Josh Cohen for Tennis Majors.

The first point of their debate concerned Roger Federer’s tweet on April 22nd. The Swiss said that it was maybe to merge the ATP and the WTA, to create a unique association to rule professional tennis.

“Today, there is too much differences between the two instances. There is on-court coaching on the WTA, no coaching on the ATP, differents rules applied in Grand Slams, so all of this brings a lot of confusion for the tennis fans. From what I understand, ATP and WTA see a great advantage and a great vision in delivering one product, one common product for tennis. And it’s also probably the opportunity to look at the format of tennis which is something that hasn’t been discussed for so many years. And maybe, think about a new product that would be more adapted for the business of tennis to grow. Because it’s a huge business, potentially, with a billion fans around the planet” said Patrick Mouratoglou.

In that case, should prize money be the same for women and men? A big yes came.

“If it’s the same company, you cannot make another thing that 50-50. It’s the excuses ATP uses now to explain the inequality on tour. ‘It’s two different tours, two different organizations, two different TV deals…’ If you unite, all will be the same so you have to give the same size money to men and women.” explained Ben Rotenberg.

There are only 3 tennis tournaments (Grand Slams excluded) where prize money is the same for men and women: Indian Wells, Miami and Madrid.

As the tennis world is put to a stop by the health emergency, an old idea comes back in force: having a commissioner to supervise the Tour. And, even more, having a commissioner supervising a merged Tour. Might Roger Federer be ideal to play that role ? For Ben Rothenberg, the former world number one is not the ideal person to be the commissioner :

”Whoever is the commissioner, he would have to be able to take a lot of abuses in a way that Roger Federer has never had to take abuses. It would have to be somebody with a very thick skin and able to compromise. It would angry him. Everytime Roger walks into a room, he is immediately loved and beloved and everyone is so happy. That would not be the case for a commissioner.”

Listen to the full debate here on TennisMajors.com