“The video cuts out the lack of trust” – Match Points excerpt

In the latest episode of Match Points, host Josh Cohen is joined by Noah Rubin, Ben Rothenberg and Simon Cambers to talk about the dilemma of calling points and whether video assistance can come in play in tennis. 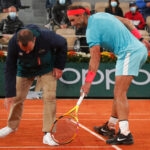 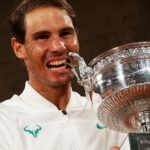 Is Rafa the GOAT after Roland-Garros? – Match Points #18
The figures

The crew (Noah Rubin, Simon Cambers and Ben Rothenberg) debates the importance of getting calls right at every junction of a long tennis match, while also looking into how the technology could be implemented into the decision-making process if video assistance will indeed be a bigger part of tennis.

Rothenberg thinks that it’s an easy fix for the tennis authorities, as the technology is already there, but doesn’t see it being a huge priority.

“Honestly, I don’t care that much if one call on a match is right or not. I don’t think it usually changes everything particularly and I think that sometimes, you know, messily having the controversy can be good for a match, create some dramas and debate afterwards, but the technology is there if they want to fix it, it would be a pretty easy thing to fix.”

Cambers, on the other hand, wants it to be done right and knew that technology would be ready.

“I don’t like unfairness in sport at all. It needs to be right for me, as somebody who played a lot as a kid I hate you know being cheated out of anything that don’t like found found ways of fixing it… I know some of the guys at Hawk-Eye, they are already ready to do foot-fault technology, and they can definitely do that double bounce. It might be a little bit awkward but it doesn’t take that long and it’s better in the situation like Mladenovic and Siegemund when it just cuts out the lack of trust.”

It could also mean altering to the challenge system, where players might be awarded an extra challenge for calls like a double bounce.