Match Points is a talk show about tennis. In this episode, Josh Cohen asks the panel one last time: should the US Open even be held at all? 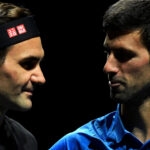 Federer the saint and Djokovic the demon, is it that simple? – Match Points excerpt
Next 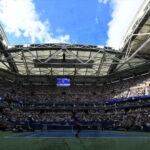 Asterisk or not: Is the 2020 US Open a legitimate Grand Slam? – Match Points excerpt
The figures

Our Match Points panel consists of 2013 Wimbledon champion and former WTA world No. 7 Marion Bartoli, founder of Behind the Racquet and current ATP world No. 225 Noah Rubin, and American journalist Ben Rothenberg. In anticipation of the US Open beginning in less than three weeks, host Josh Cohen asks the panel one last time – should the US Open even be happening?

The panel isn’t quite sure.

“I think there’s still some things out in the air,” Rothenberg says. “I think the travel restrictions with Europe are still a massive problem. If players from Europe have to quarantine for two weeks upon their return to Europe, they’re not going to want to play the US Open, and you cannot play the US Open without European players. In the current makeup of tennis, you need Europe at every tournament to have it be a relative tournament on the world stage.

Rothenberg says that the US Open might be better off just cancelling or downgrading its status unless the travel situation is clearer for all the players.

“That’s a major unknown still and so if they can’t get that worked out I think it probably should cancel or at least change its status to some sort of domestic championships, because I don’t think you can have a credible Grand Slam with that much of the tennis world missing.”

Bartoli has taken note of the myriad withdrawals that the US Open has announced and believes that maybe it is better just to cancel the tournament and compensate the players in order to mitigate the risks to their health.

Rubin agrees: without a concrete clearance for players to get to Europe without quarantining after the Open, the tournament will continue to suffer more withdrawals.

“The fact that the largest aspect of the Open, which is travel, is still like ‘We’re making forward progress’ – that can’t be the case three weeks out.”

Should we change the rules?

If the tournament is to be held, a pressing matter will be the fitness of the players and whether or not they are able to physically withstand the rigors of Grand Slam tennis after a five-month layoff and without their complete support staffs available to them.

Rubin warns that it could get ugly if the men play best-of-five at the Open. He recommends best-of-three, at least through the first week.

“If they are actually going to have three out of five sets, we are going to have injuries, we are going to have people pulling out. People are not prepared for what’s happening. The best competition that you could ask for a lot of these guys was World TeamTennis, and that’s playing a set to five [games], so going in and playing back-to-back three out of five sets, and for some of these top guys not to have all six physios with them, it could be a detriment. I don’t know if it’s going to be possible for a lot of them.”

Bartoli feels that it doesn’t matter how long they play. Either way it’s going to be a monumental task to be fit.

“You can train as much as you want, there is no way you can replicate the stress of a match,” she said. “The problem is your muscles can feel ready but actually when you are under stress your muscles have to work twice as hard just to make the same movements. And therefore because you haven’t been in that situation for almost six months, for a lot of players, your body just can’t cope with it.”

Grand Slam or not?

Finally the panel debates the legitimacy of the tournament, given the fact that many top players will be missing from both singles draws.

Rubin thinks the dreaded asterisk could be stuck next the the champion’s names when all is said and done.

“It’s tough, this is going to be one of those times where there could be an asterisk right next to the name, because without the top guys playing, maybe we lose 20 or 25 of the top 50 guys, it’s going to be tough to argue, will this be the same level of a Grand Slam?”

Bartoli says that the US Open will crown champions, but not true US Open champions:

“I think the player himself or herself who will win the US Open under these circumstances will know that they didn’t really win the US Open,” she said. “You can’t really say that you won a Grand Slam when you have 20 out of the top 32 players not coming, for example, if that is happening. You know it is just a regular tournament that you won, and you are happy that you won and you are happy that you have been able to get through all the difficulties and you navigated through all of this, but you can’t really call it a Grand Slam when there is that many people not showing up at all.”