10 questions you have about grass-court tennis: Wimbledon, serve and volley, specialists

From its origins to its nature, to the elements required to play on it, here are the answers to 10 questions you may have about grass-court tennis 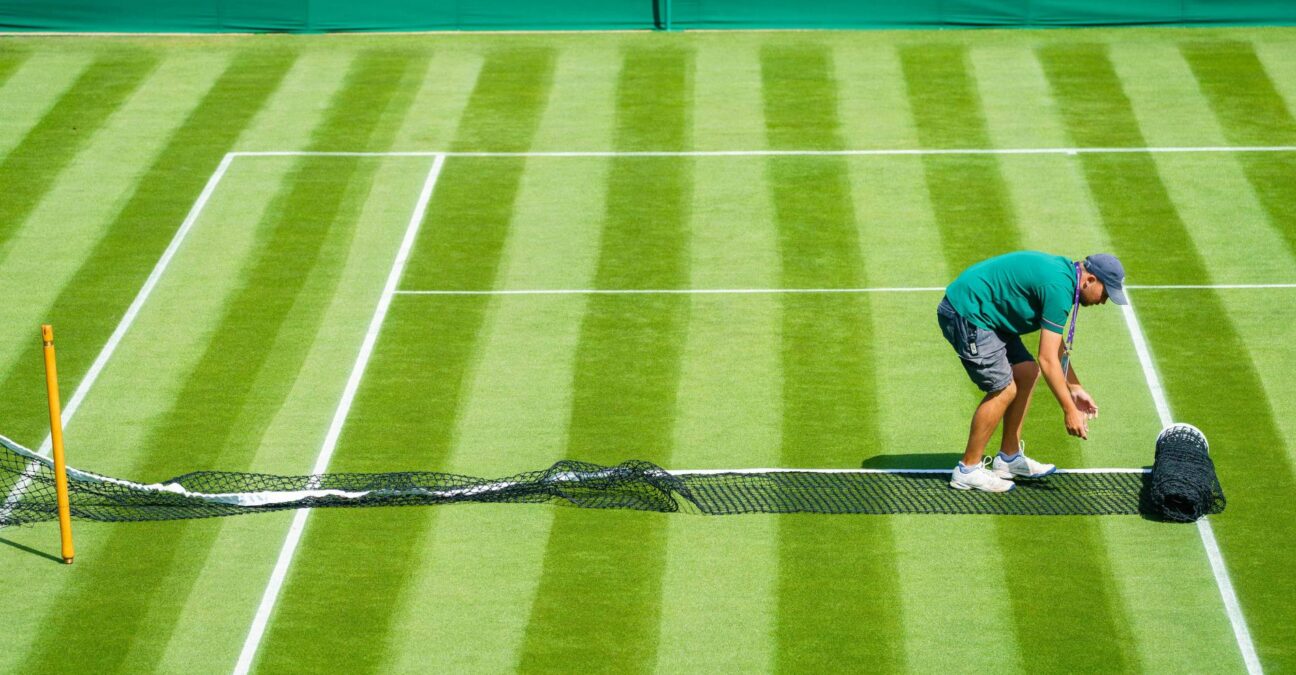 What is grass-court tennis?

Grass-court tennis, as the title suggests, is tennis played on natural grass. Originally known as lawn tennis, the grass-court season is professional moderne era is highlighted by Wimbledon, the third Grand Slam of the year, which was first played in 1877. Historians believe the sport first came into use, on grass, in the 18th century, played by nobility on their lawns.

Is there a grass-court season?

Yes. Just like clay and hard courts, grass has its own season, but it’s shorter than the other two main surfaces, lasting just five weeks in total. Starting after Roland-Garros, usually in early June, there are now two warm-up events before Wimbledon, and after Wimbledon, the Hall of Fame Open, in Newport, Rhode Island, rounds things off.

How many Grand Slam events are played on grass?

How is playing on grass different to hard courts or clay?

Grass is a living surface and as such, plays differently to other, harder surfaces. Traditionally, grass has a lower bounce, while damp conditions can make the surface even faster, the ball zipping off the grass. Players do not have as much time to prepare for the ball and their movement is different, with much more emphasis on staying low. Rallies are shorter.

Do you need special equipment to play on grass?

Because movement is so different, players wear special grass-court shoes, with protection on the outside of the shoes. But at Wimbledon, players have to wear shoes with a completely flat sole, to avoid damaging the grass.

What aspects of the game are rewarded on grass?

Aggressive tennis is rewarded on grass more than on any other surface. Traditionally, serve and volley tennis has been the route to success, with returners having less time to react to the serve and good volleyers able to dominate the forecourt. In the 20th century, a worn path would develop from the server’s position to the net. But in recent years, with changes to the make-up of the grass, baseline tennis has begun to dominate.

How did the grass change in Wimbledon in 2002?

In 2002, stung by criticism that the game had become too boring, because of the domination of big servers, Wimbledon chose to make some changes to its grass. Until then, the grass was a 70/30 combination of rye grass and creeping red fescue grass; now it’s 100 percent perennial grass. The changes made the surface more durable, and harder, which allowed the ball to bounce higher, more helpful to baseliners. In the 2001 Wimbledon final, Goran Ivanisevic and Pat Rafter served and volleyed on every first and second serve; in the 2002 final, the only time Lleyton Hewitt and David Nalbandian went to the net was when they shook hands at the end of the match.

Are matches shorter on grass than other surfaces?

Yes, as a rule. The shorter rallies mean shorter matches. However, the longest match in tennis history was also played on grass, at Wimbledon in 2010, when American John Isner beat Nicolas Mahut after 11 hours, five minutes in a first-round match played over three days. Wimbledon switched to a final-set tiebreak, at 12-12, in 2019.

What colour balls are used on grass?

Nowadays, the balls are the same colour as those used on other surfaces, even though the yellow of the ball can sometimes disappear into the green of the grass. The International Tennis Federation approved the use of yellow balls as early as 1972, but Wimbledon continued to use white tennis balls until 1986, when they switched to yellow, mostly because it was easier to see them on television.

Who are the most successful players on grass? 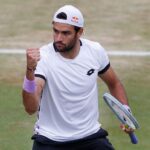 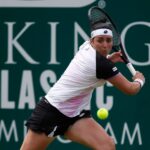