Andy Murray: “It’s difficult not knowing what’s around the corner”

As the Scot prepares to play singles at Wimbledon for the first time since 2017, he explains why niggling injuries have made it so difficult to kook too far ahead 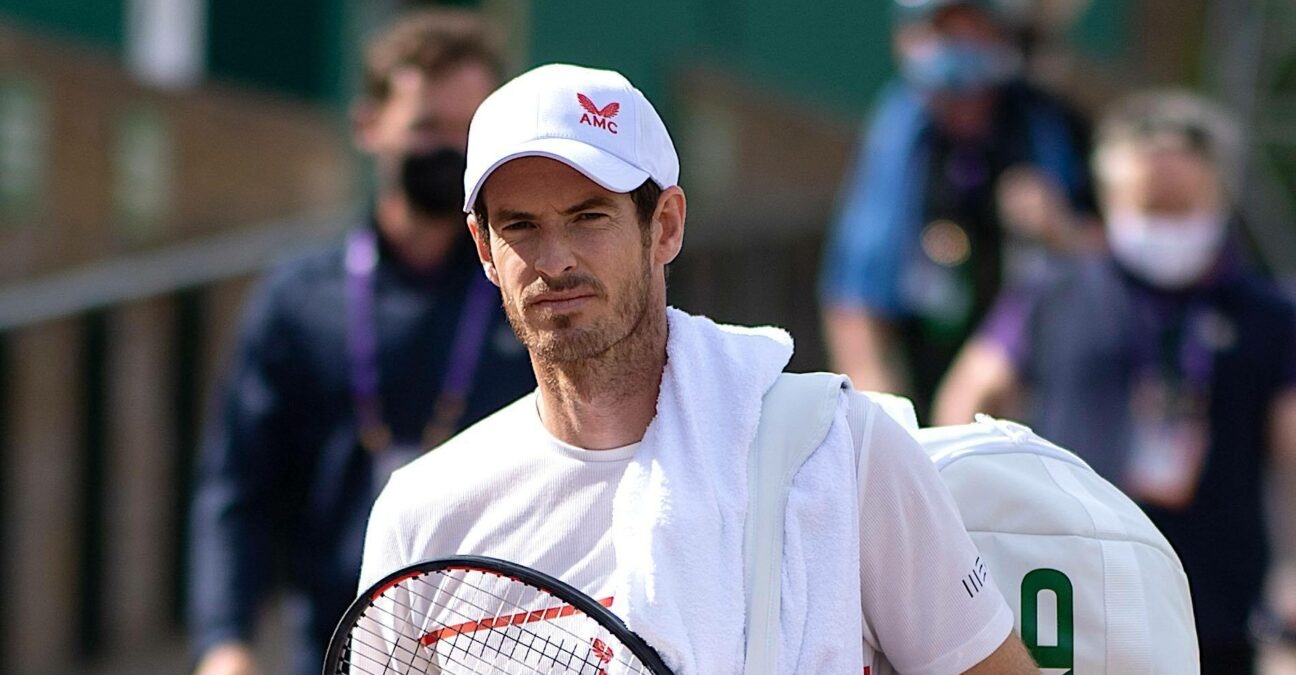 In the two years since Andy Murray returned to the ATP Tour – a miraculous effort in itself after the insertion of a metal hip at the start of 2019 – the Scot has experienced more than a few false dawns.

There was his stunning return at Queen’s Club that summer, when he partnered Feliciano Lopez to an emotional victory in the doubles event. There was his victory in the ATP event in Antwerp in October that year, when he beat Stan Wawrinka to win his 46th career title, something he didn’t know if he’d ever be able to do. And then there was this January, when after a great few months of training, he felt ready to perform well at the Australian Open only to get Covid-19 and miss out altogether.

For a man who has won three Grand Slam titles – including two Wimbledons in 2013 and 2016 – two Olympic gold medals, helped Britain win the Davis Cup and been top of the world rankings in the same era as Roger Federer, Novak Djokovic and Rafael Nadal, Murray knew that even with a metal hip, the ability to play tennis would not go away.

But it’s the niggling injuries, the latest one to his groin, which have hampered his progress since his return, left him unsure if he’d be able to play the events he wants to the most.

Thankfully, Murray will be on court at Wimbledon on Tuesday, playing singles at the Championships for the first time since 2017. It’s been a long, long road back and as he prepares to face Nikoloz Basilashvili of Georgia in the first round, the Scot revealed that the inability to plan has been perhaps the hardest thing of all.

“I’ve actually found the hardest thing actually has been more the preparation for tournaments,” he told reporters at Wimbledon on Saturday. “I think Roger mentioned it a little bit after his match in Halle. For example, at Queen’s, which is an important for me and a tournament I’ve loved playing at, you’re also 10, 12 days out from Wimbledon, which is the biggest tournament for me to play in, one that I’ve been really excited about.

“The mentality and the preparation, I’ve had lots of issues in the last few years, lots of injury problems, how hard should I push on the couple of days and the build-up to the match at Queen’s, how much should I practice and prepare. A bit of you is, like, if I get hurt this week and then I have to miss Wimbledon…I’m desperate to play here, like with what happened at the Australian Open, for example. I don’t want something like that to happen again.”

That inability to plan, he said, has meant he has had to temper expectations.

“Obviously, once I get on the court and stuff, my expectations are high still,” he told British reporters on the eve of the event. “It is difficult and again because of not knowing what’s around the corner.

When the coronavirus thing happened in Australia my team the week afterwards, when we got back on the practice court and stuff, they were saying it sucks but the French Open will quickly come around and then it’s Wimbledon. I was like: But that isn’t how it has worked for me the last few years. There’s no guarantee that French Open is going to come around and I’m going to be fine. There’s no guarantee that Wimbledon will happen and I’ll be fine and the Olympics.

“That’s why it’s difficult. If I could say I’m going to be fine for the next five or six months, it’s a lot easier. But when you’ve had multiple setbacks and they keep happening, it’s difficult to not view like each tournament as being extremely important – because you don’t know what is going to happen. So that is why it’s been difficult. When you come back from an injury and you know you’re physically doing fine and you have the time to physically lose a few early matches and kind of build-up and stuff. But it has not really been the case for me the last few years. So it has been hard.”

But Murray, whose last Wimbledon experience was in mixed doubles with Serena Williams in 2019, is the ultimate competitor, a man who has won Wimbledon twice, coping with the most unbearable pressure, trying to win in front of a nation starved of success.

“When I get on the court and play, I think it will be pretty different,” he said. “I’ll just go out there and I’ll compete for every point. If my body hurts afterwards, fine. It’s more the build-up that’s the hard part, knowing how much to push, having the mentality to really go for it in training.”