Home » News » Wimbledon » Djokovic’s son, Stefan, “in love with tennis”, has a lasso finish like Rafa to “intimidate” his father

Djokovic’s son, Stefan, “in love with tennis”, has a lasso finish like Rafa to “intimidate” his father 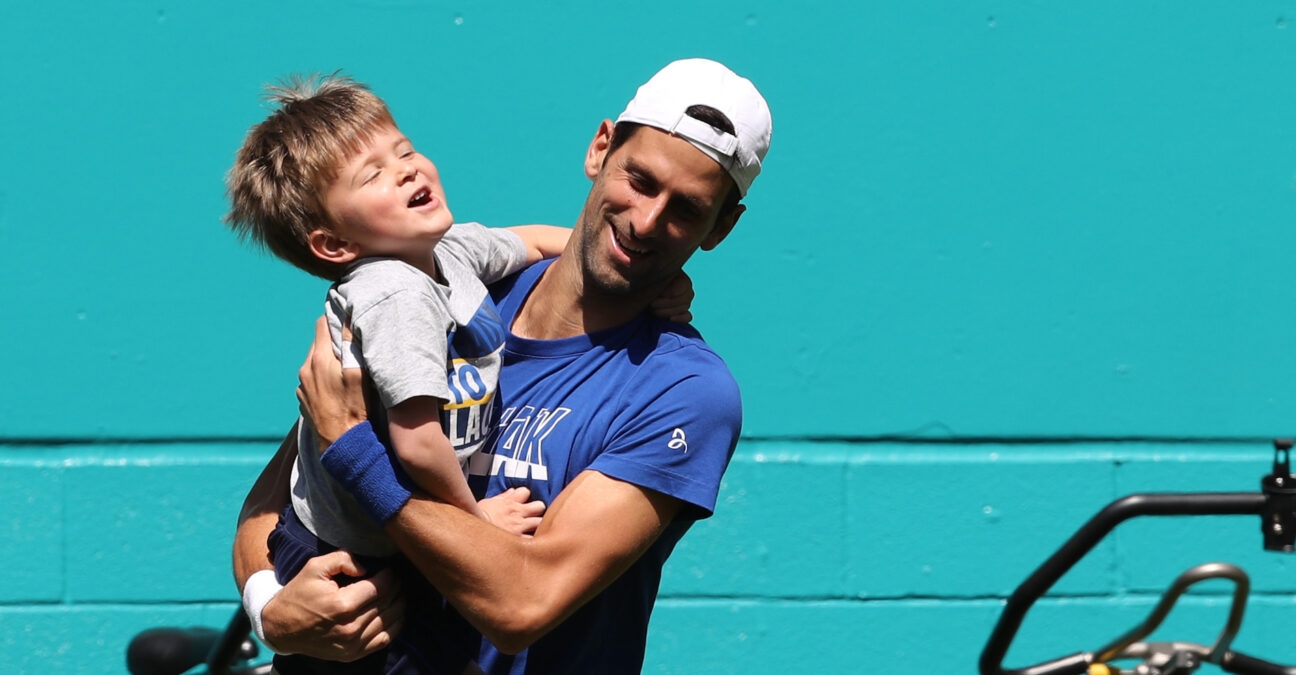 Videos and photos of Stefan Djokovic, the son of Novak and Jelena Djokovic, playing tennis with or without his father have met with increased success on the Internet. What has mostly impressed people since the first pictures from Mallorca came out last year, is the similarity between Stefan’s forehand motion and Rafael Nadal’s.

“He likes to intimidate me on the court with finishing the swing here”, smiled Novak Djokovic, during a press conference on Sunday, after beating Tim van Rijthoven in the fourth round at Wimbledon.

The Serb added: “He knows I don’t like that particularly. I’m trying to teach him to finish the hand here, the swing, over the shoulder. But he likes to do that. Whenever he does that, he always laughs because he knows. We have this kind of funny moments on the court”.

Djokovic, who was happy to share a recent picture of his son’s forehand looking like his, confirms his son is deep into tennis at the moment and has several questions about the sport like any curious child.

“I try to use every available opportunity, possibility, time to play with him because he’s right now fully immersed into tennis. Everything around tennis, how he can play, he’s watching, he’s analyzing. We’re talking. Last night when I was putting him to bed, he was asking me questions: What is the difference between the racquet head sizes, the strings, why somebody is stringing less tension, all these basic questions that kids are very curious about”, he explained.

He’s in love with tennis right now. It was fully his own desire to really pursue tennis.

Novak Djokovic added: “He’s in love with tennis right now. It was fully his own desire to really pursue tennis. So of course I’m going to be there for him. I never force him to be on the tennis court, but if he wants, I try to always make myself ready to be there and play with him”.

The 20-time Grand Slam champion was asked about a future career but he thinks it’s too early to think about it, tennis being more an area for a safe father-and-son relationship.

“Of course, I will support him in any possible way I can so that he can be professional tennis player if he intends to, if he really wants to. But it’s too early to speak about it, to be honest. He’s not even eight years old. It’s important for me that we have a relationship as a father and son, first of all, primary, before anything else, and that he’s enjoying life, that he’s having fun”, the Serb said. 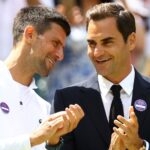 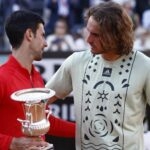 “Novak Djokovic makes sure every single thing that he does is reaching as close to perfection as possible”: Tsitsipas
tennis majors 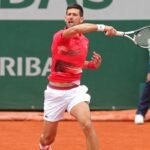 “Roger is a violin, For Nadal, let’s say electric guitar or drums, and myself, a saxophone” – Djokovic on the Big 3
tennis majors
Share this story
Facebook Twitter Linkedin Whatsapp Email