It will be Aryna Sabalenka vs. Ons Jabeur in the Wimbledon quarter-finals on Tuesday. Sabalenka followed up Jabeur’s win over Iga Swiatek by beating Elena Rybakina, also in three sets. 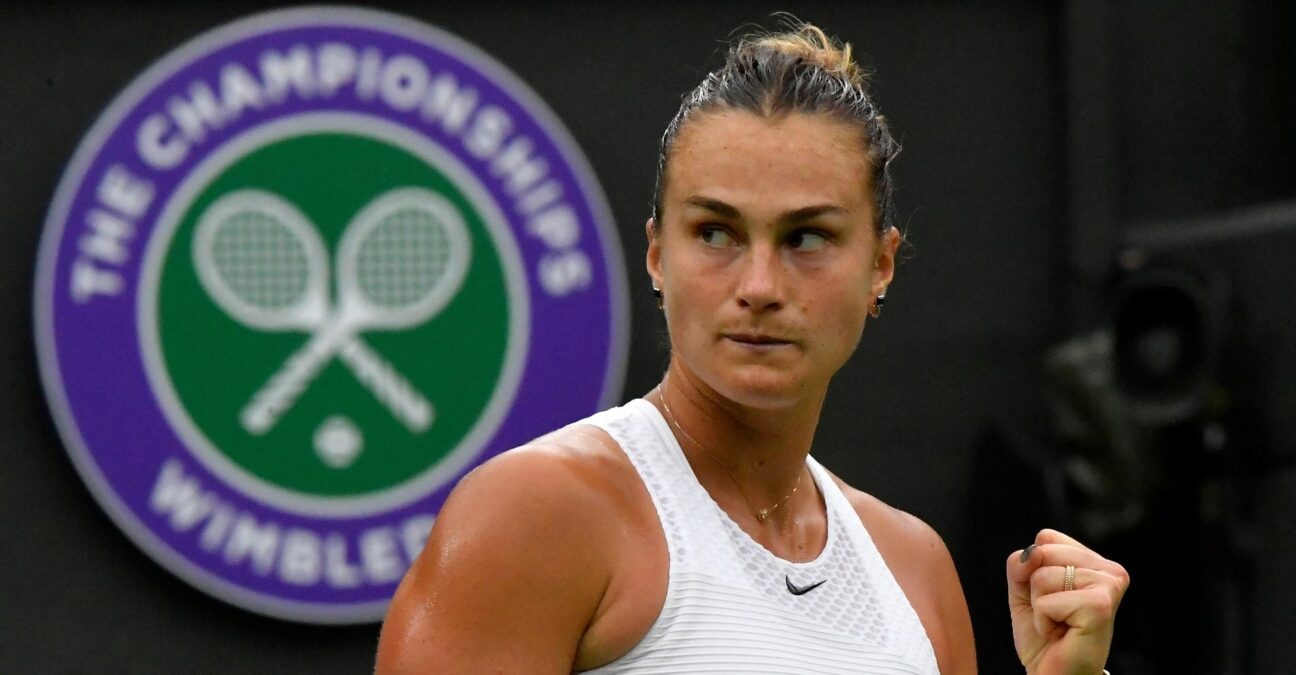 Aryna Sabalenka is ranked No 4 in the world, but 14 Grand Slam appearances had come and gone without a single trip to the quarter-finals.

That finally changed this fortnight at Wimbledon, where Sabalenka punched a long-awaited ticket to the last eight by beating Elena Rybakina in the fourth round. The Belarusian opened “Manic Monday” play on Court 3 with a 6-3, 4-6, 6-3 victory that required one hour and 49 minutes of work.

Sabalenka was impressive on both serve and return, which kept the pressure on Rybakina. The second seed struck 10 aces and she won a whopping 71 percent of the points when her opponent had to toss in a second serve. That helped Sabalenka earn five breaks.

The 23-year-old will go up against Ons Jabeur in the quarter-finals on Tuesday. Jabeur booked her spot in the last eight by defeating 2020 French Open champion Iga Swiatek 5-7, 6-1, 6-1. 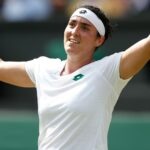 The Tunisian struck nine aces (seven more than Swiatek) and 30 winners (10 more than Swiatek). Amazingly, Jabeur converted all seven of her break-point opportunities. She capitalized on a poor serving performance by the Pole, who put only 46 percent of her first serves in play and double-faulted five times.

“This time is different,” said Jabeur, comparing it to her first slam quarter-final at the 2020 Australian Open. “This time I (have) been going to the second week almost every Grand Slam right now — being more consistent. So I think everybody was kind of expecting me to be in the second week.

“My goal is to break this quarterfinal and be able to go to semi, and why not the final? I’m enjoying my time here in Wimbledon, enjoying the grass a lot. Next round is not going to be easy so I have to be ready for it.”

Sabalenka and Jabeur have split their two previous encounters. They faced each other earlier this season in Dubai, where Sabalenka cruised 6-2, 6-4. However, Jabeur won their only previous Grand Slam meeting 7-6(7), 2-6, 6-3 at the 2020 French Open.