Home » News » This time, Coco Gauff enters week two of Wimbledon as a contender to win it all

This time, Coco Gauff enters week two of Wimbledon as a contender to win it all 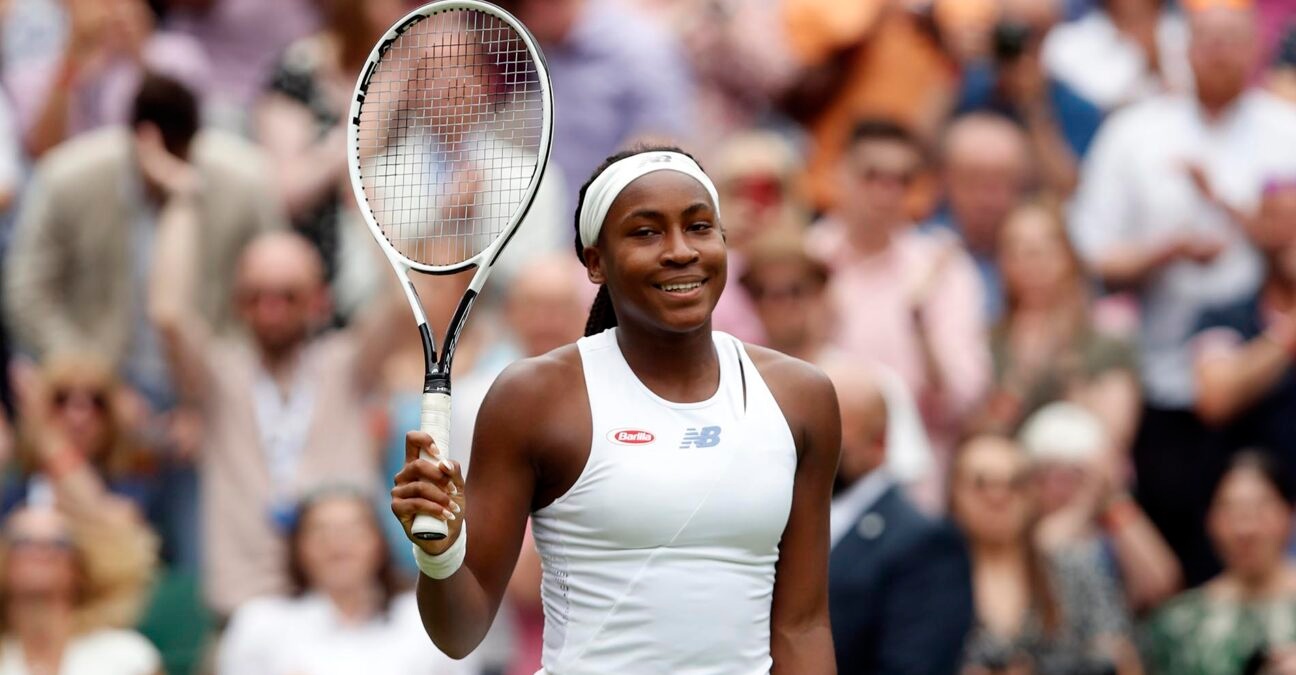 In 2019 there was an air of improbability surrounding Coco Gauff as she made her way out of qualifying and – remarkably – into Wimbledon’s round of 16. Cocomania was all the rage at SW19 as the 15-year-old topped Venus Williams in the first round and pushed into the second week, becoming the youngest player to reach that far at Wimbledon since 1991.

This year, Gauff is back, and at 17 she looks capable of an even deeper run. The American is eager to make new memories now, and frankly, she doesn’t much remember the old ones.

“I think the biggest thing is I don’t really remember much from my Centre Court experience in 2019,” she said after her second-round victory over Elena Vesnina. “I don’t know, I felt like it was all a blur.”

But Gauff insists that mentally, there isn’t much difference between the 2019 version of herself and the one we saw take down Kaja Juvan on Centre Court in straight sets on Day 6 and into the round of 16.

“I believe that I can win. I think I believed that back in 2019, and I believe that now. I don’t think anything has changed. My goal is to always win the tournament regardless of my ranking or what people think of me,” she said.

The No 20 seed, who will face 2018 Wimbledon champion Angelique Kerber in the round of 16, does take comfort in the fact that she believes more firmly in herself, after paying her dues on tour over the last few years.

Mouratoglou: she might look patient, in reality she’s hungry

Patience is part of the process for Gauff, but her mentor Patrick Mouratoglou tells Tennis Majors that underneath the facade of a patient student, is a woman who is dying to win – now.

“What I will say is that goal [of winning a major] I guess is more clear right now than it was in 2019. I think just my belief is a lot stronger now, the feeling that I can go far,” she says.

“She’s philosophical when she loses but I wouldn’t say she’s patient,” he says. “She plays every tournament to win. That’s really how she sees herself. That’s why, when the winning option comes up, she takes it. She’s always been like this. When she loses in the quarters at Roland-Garros, she might look patient during the press conference, but she’s disappointed deep inside because her purpose is to win the trophy every tournament she plays.”

Gauff says that one of her goals is to play without pressure. She told reporters on Saturday that her father and coach, Corey, told her that she’s already matched 2019’s result, so the rest is gravy. But Mouratoglou says even if she does feel the pressure, it will impact her positively.

“When you lived something strong on a court like she did on this Centre Court you always have strong feelings,” he says. “Good or bad, extra motivation or pressure. Here I have the feeling that the crowd loves her and lifts her. I can see more positive than negative, so far.” 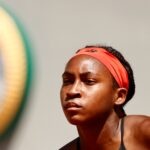 Read also
“This match will make me a champion”: Coco Gauff already looking to the future
Tennis Majors

Kerber next – a challenge and an opportunity

Many people had two key matchups circled in the top half of the women’s draw at Wimbledon: A potential third-rounder between Serena Williams and Angelique Kerber, and a potential first-time meeting of Gauff and Williams in the round of 16.

Neither happened. Instead it will be Gauff and Kerber, the 2018 champion with a 34-11 lifetime record at Wimbledon, for a spot in the quarter-finals. Gauff has never faced Kerber, and she’ll have to produce her best tennis of the tournament against a resurgent player who has reeled off eight consecutive wins on grass to come through.

“Angie is a great player, great returner, does well on grass,” Gauff told reporters on Saturday at Wimbledon. “Does well on all surfaces, but especially grass.”

Gauff says that two things will be important for her to get the win over Kerber: pinpoint serving and playing relaxed.

“My dad told me today I matched my result from 2019 so now should just be being able to play even freer.”

“From the 2019 run, we can feel that the crowd love her in London”, Mouratoglou says. “There’s more positive than extra pressure from this souvenir.”

The contest will be a classic battle of lethal server vs. top-flight counterpuncher. Gauff leads all remaining women at Wimbledon in percentage of unreturned first-serves and unreturned second serves. She has held in all but three of her 29 service games through three rounds, but the crafty Kerber has broken serve in 17 of her 37 return games.

Something has to give, and Gauff hopes it won’t be her serve. She told reporters on Saturday that she feels she has never served better.

“I would say this is the best I feel on my serve,” she said. “Honestly, every time I play on grass, my serve feels pretty good just because the court’s faster. Some balls that might not be non-returnable [on other surfaces] actually are. Same with aces. I think especially my next match it will be important to have a high first-serve percentage.”

16 years separate Gauff and Kerber in age, but the two should be tightly matched in their first career meeting on Monday at Wimbledon’s fabled Centre Court. If the hunger is what separates them on the scoreboard, rest assured that Gauff will be there until the end.