Home » News » Wimbledon » “Just has all the skills to play on grass”: Swiatek details why Jabeur is so strong

“Just has all the skills to play on grass”: Swiatek details why Jabeur is so strong

Tunisia’s Ons Jabeur is in the groove on Wimbledon’s grass, and Iga Swiatek could not do much to stop her on Monday. Afterwards, the Pole talked about how hard it is to face Jabeur. 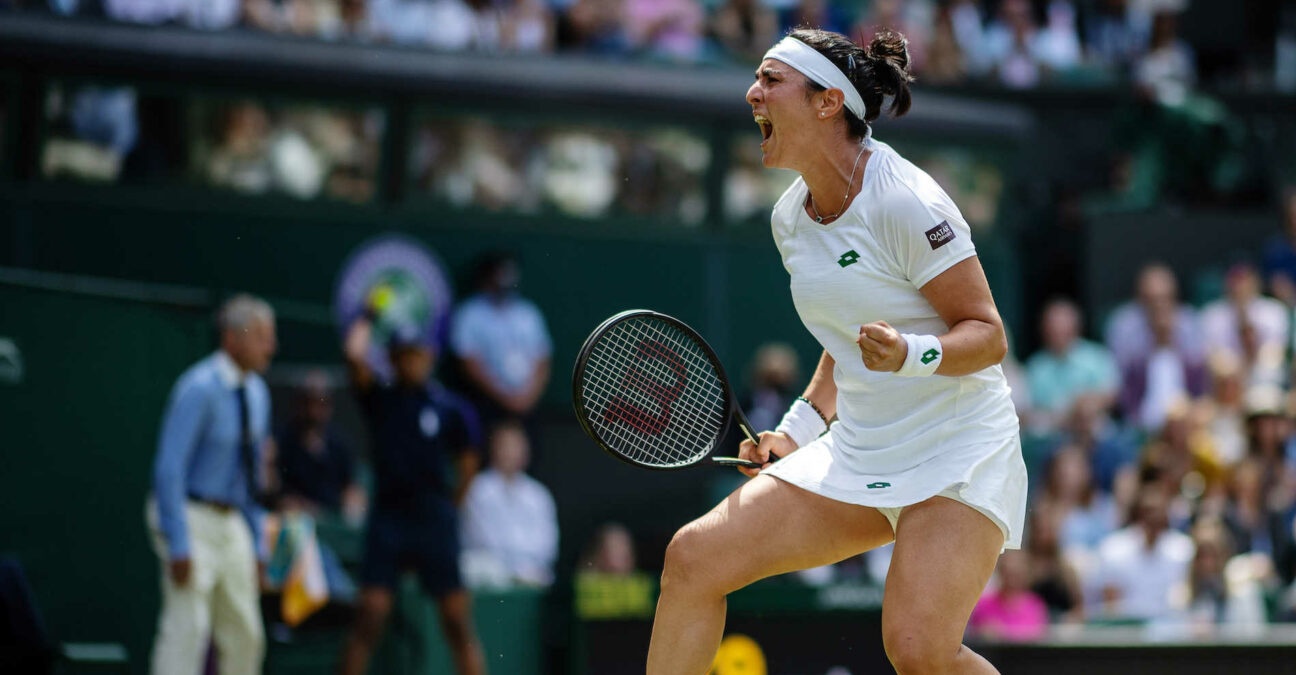 After suffering a difficult defeat at the hands of Tunisia’s Ons Jabeur, Poland’s Iga Swiatek explains what makes the No 21 seed so lethal on the Wimbledon grass.

“First of all, she has great returns, so if someone is serving really well, it’s like taking your biggest weapon”, Swiatek said.  “I felt today that even when I was serving really good and, you know, pretty fast, she was like not blocking and giving me shots even faster.  That was pretty frustrating.”

That could explain why Swiatek, who had been broken just twice through three rounds at Wimbledon, surrendered seven breaks to Jabeur on Monday. The Pole, who reached the round of 16 at Wimbledon for the first time this year, says that Jabeur has many ways to hurt her opponents – touch, pace, and a booming serve among them.

“She has like great touch,” she said. “When she’s loosened up, she can also play really fast.”

“Also when she’s serving… the ball is going really flat.  It’s also hard to receive that, because usually it bounces like more up.”

“She just has a flow, as well.  She’s using all the skills that she has.”

“She can close the net and she’s pretty confident at it.  I feel like first set it was just a great game and really like on the edge sometimes.  So even though I won it, I knew that she’s gonna play well in next sets and it’s gonna be tough.”

Jabeur is flowing on grass

Swiatek admits that she face a player who is in the zone on Monday, and that was plain to see by the way she attacked the match and went for her shots, with little or no tension or visible nerves.

“I always want to say that grass is my favourite surface, but I cannot really because there is only, like, two or three tournaments per year on grass, which is a very short season,” she said.

“But I like to think of myself as a player that adapts very well to all the surfaces, play good on clay, play good on hard, on grass also. Like I said, I want to have the whole package so I’ll be ready for any type of player.” 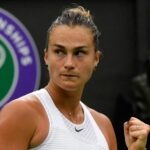