Rick Macci says he knew Sofia Kenin could take the tennis world by storm as early as when her racket was almost as big as her. 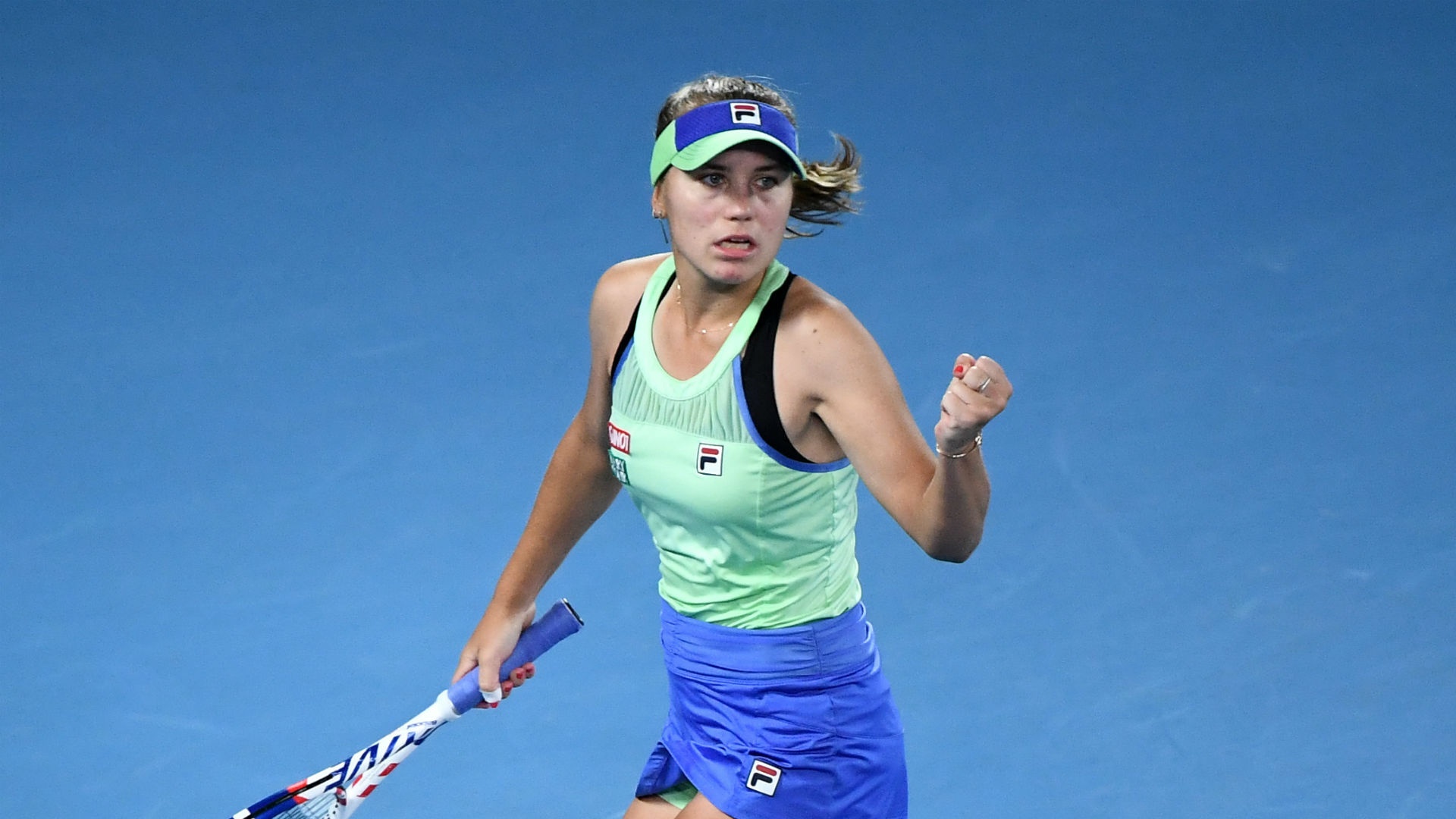 Kenin bolted to her maiden grand slam with a 4-6 6-2 6-2 victory over Garbine Muguruza on Saturday at the age of 21.

The American prodigy took out world number one and home favourite Ash Barty in the semi-final before downing Muguruza in her first major final on Rod Laver Arena.

Not many tipped Kenin to win the first slam of the year, but the Russia-born 14th seed’s triumph came as no surprise to Macci ​– who was staggered by her ability and attitude when he gave a first coaching lesson at his academy in Boca Raton.

The United States Professional Tennis Association Hall of Famer told Omnisport: “She came to me at five years old and the very first lesson I gave her, her ability to focus and just the way she was locked in already mentally was really startling.

“For most players that’s the last piece of the puzzle, so that was the first the first thing that jumped out at me.

“Even though the racket was almost as big as her, I had her take the ball right off the bounce and she did it so easily, it was innate timing. You can teach people timing, but it can be hard to take in.

“So right after that I’m going ‘what is this?’ Mentally, there is a focus that I have never seen in a child this young and her hand-eye coordination just to take the ball right off the bounce. I said ‘this girl is the scariest little creature I’ve ever seen’.

“I knew it straight away, then as time went on I said she’d be top 10 in the world by age 20 and win many grand slams, I was a year off but I think it was the age-eligibility rule that held her back a little bit.

“When she started competing, even at aged seven, her thirst for competition was just so uncanny. She was so competitive and she would say ‘I never lost, I just ran out of time’.

“Every time she lost, and I had her play boys a lot even though she was a little pip-squeak, the next day or that afternoon she’d want to play them again.

“It was a like a mosquito that wouldn’t leave me alone but you want that, you want people to feel pain and want to come back for more.

“To already have that inside of you when are all about the competition, that is how you handle pressure better and that has been in there since five years old, so this doesn’t surprise me at all.”

Macci was so struck by the newest major winner’s natural talent he gave her a nickname that is very apt given the rapid progress she has made.

“At a young age people were calling her Sofia, Sonia. Just the way she played I combined the two and called her Sonic and then when she picked it up off the bounce it would be boom, so her nickname has always been Sonic Boom,” the Ohio native added.

“Here we are a lot of these things the media people can see now on the big stage, this is what was unfolding aged five, six, seven, eight years old.”