Home » News » WTA » Interview – Meet Francesca Jones: “I want to have an impact on the world”

Interview – Meet Francesca Jones: “I want to have an impact on the world”

Born with a congenital condition which left her missing one finger on each hand and with just seven toes, Francesca Jones was told she would never make it. But as she tells Simon Cambers, qualifying for the Australian Open is just the start. 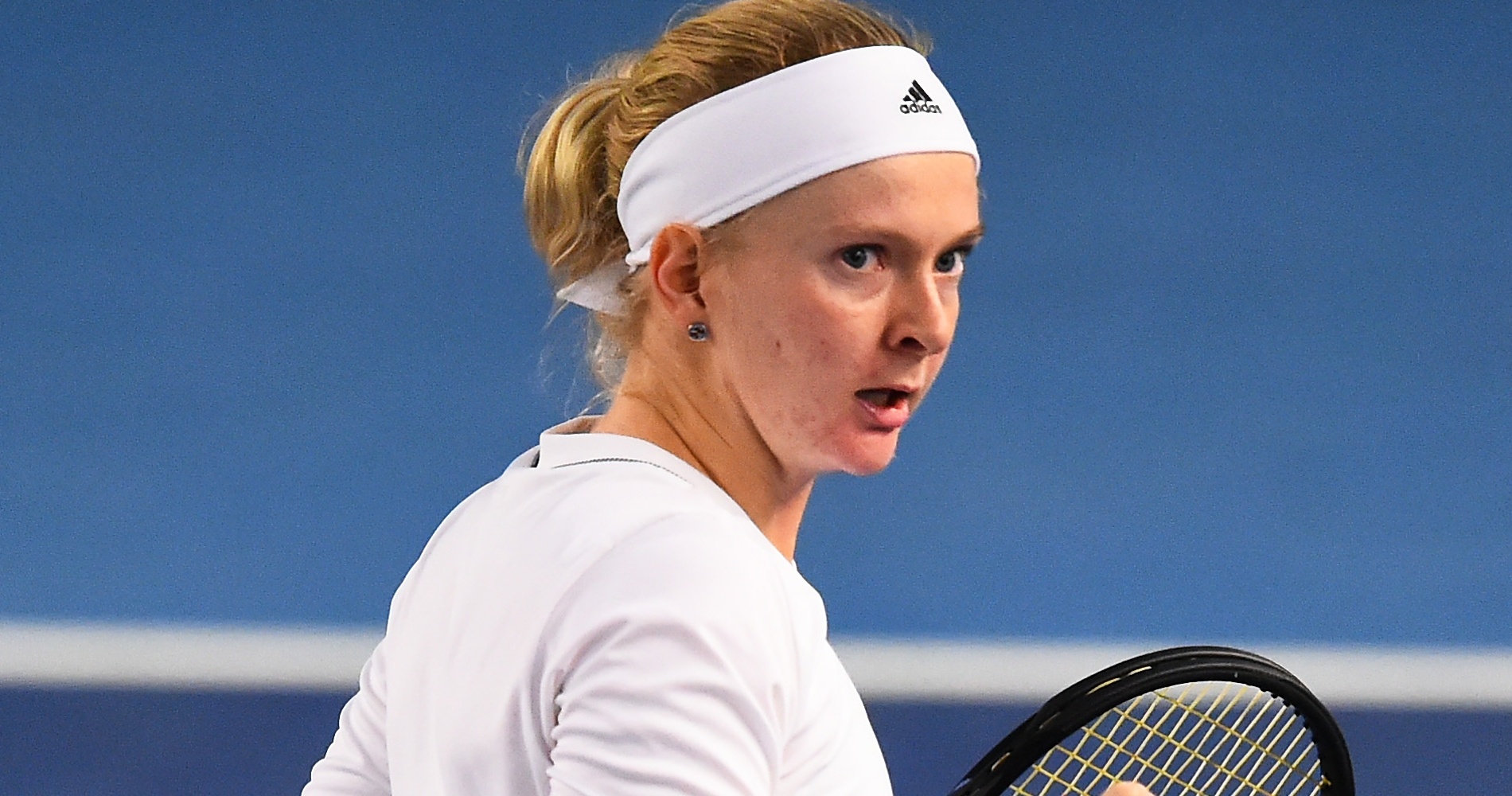 Francesca Jones is not your usual tennis player. At the age of 20, the Briton is making her way on the professional Tour and will make her Grand Slam debut in this month’s Australian Open, having won through three rounds of qualifying in Dubai, including a notable win over Monica Nicolescu.

But her performances in Dubai hardly scratch the surface of her unique story.

Jones was born with a congenital syndrome, Ectrodactyly Ectodermal Dysplasia (EED), which left her with a cleft lip and with a finger missing on each hand and just seven toes. As a child, she was told she would never make it, the physical side of things too much to overcome to be a professional player. But Jones always believed she could make it and as she enters 2021, she is on the up, ranked 244 and with her sights set on achieving much bigger things.

“I don’t want to be a number,” Jones told Tennis Majors in a Zoom interview conducted from her hotel in Melbourne, where, like all the players arriving for the Australian Open, she spent 14 days of quarantine, with only five hours per day allowed out for practice and training. “I want to make an impact on the world and I want to give something. I don’t crave fame whatsoever, but I do want to just give something back to the world, I suppose. And in order to do that, I guess you have to achieve something that many consider great. That’s the best way I can put it.”

20-year-old Francesca Jones has qualified for the @AustralianOpen main draw after being told by doctors that she wouldn’t be able to play tennis 🙌 pic.twitter.com/dXHOFZopTV

Being a promising young player in Britain can be a double-edged sword; on the one hand, the funding available from the Lawn Tennis Association can be a big help. On the other, the attention home players receive at Wimbledon can be suffocating.

Jones moved to Barcelona when she was nine to train at the Sanchez-Casal Tennis Academy – Emilio Sanchez Vicario says he could see the fire in her eyes even then – and then to the Ad-In Tennis Academy at 16, where she met her current coach, Andreu Guilera. Being in Spain has insulated Jones from the hype, somewhat, but having already overcome enormous physical disadvantages, she seems well-equipped to handle whatever comes her way. 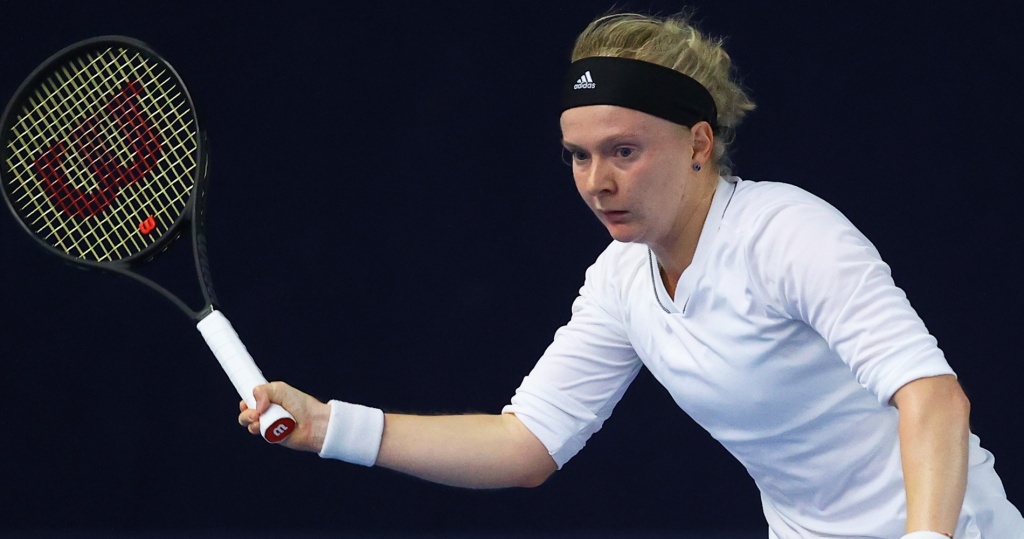 Curran: “This kid is something different”

Claire Curran, a former top 100 player in doubles, oversees Jones’ development as part of the LTA’s PSP (pro scholarship player) programme for the most promising 16-24 year olds. The LTA consultant National Women’s coach has watched Jones turn from a young teenager with potential into a young woman whom she feels can make big waves in the sport, on and off the court. “You can’t help wanting to work hard for her because she’s so determined,” Curran told Tennis Majors. “So it’s really great to see…these kind of results. But it doesn’t surprise me…this kid is something different.”

“I do think that she absorbs things very, very quickly,” Curran said. “I wouldn’t put limitations on her. One of the first things she said to me is “this is just the beginning, Claire”. I’m more focused on the fact that she’s got to get stronger physically, she’s got to improve aspects of her game that are already her strengths. She’s got a very hard hitting game, but kind of to improve areas of how to make that game the most effective, so adding in a lot of variety. The movement and the physical aspects are so important for her because the game is so physical. I’m excited for her because I’m very aware that there’s so much more she could improve on. If she can improve those things, if she can stay fit and could stay healthy and she can keep loving practising and loving the work every day, like she has been doing, then she’ll keep she’ll keep moving forward.”

Born in Bradford, west Yorkshire, Jones is clearly a strong character and has a straightforward, no-nonsense attitude, something that will take her a long way. The daughter of two financial planners, Adele and Simon, Jones was brought up to work hard in every aspect of her life, from school to sports. Her parents encouraged her to have many interests outside of tennis, and the 20-year-old is equally happy chatting about politics and business as she is about her beloved Manchester United. She even set up a company last year.

“During lockdown (in spring 2020), I partnered with one of my friends and we were just selling PPE (personal protective equipment, to battle against the Coronavirus). “More than anything, we were actually selling contactless hand sanitiser. I just quite enjoyed the sales side of it, to be honest.

I have a lot of interests. I’m a massive, massive foodie. Music really played a huge part in my my childhood. My grandfather was a jazz musician. My mum always used to put her vinyls and collect them. I used to play the guitar and drums. I enjoy just the day-to-day (news) of what’s going on in the world and how the economy is being affected. I guess that comes from my parents, who are very business orientated. As a child, you know, I used to sit at the dinner table and they’d always be talking about the market, their clients, investments. I think it’s just almost ingrained in me now.”

On social media: “It just really frustrates me”

Her parents also encouraged her to be active and not put too much time into social media. While many young players are attached to their phones, Jones is barely present on social media. Considering the kind of abuse that professional athletes often receive, especially from unhappy gamblers, it is a healthy attitude that should stand her in good stead as she progresses.

“My mum always kept me away from social media, generally speaking, until I was about 14, 15,” Jones said. “I guess she kind of realised that it was a normal thing in society at that point and especially for people my age. So I did create an Instagram account when I was like 15 years old. I was on it for a few years but…it really frustrated me. When I was younger, my parents would take me to dinners and lunches with their clients or with their friends, and I’d sit there and I’d learn how to socialise. In today’s world, I go to a local restaurant and most of the kids have got an iPad stuck in front of them. So I guess it’s kind of something I have against technology as a whole.

“One of my best friends keeps telling me that she’s sick of seeing my phone. My phone, I drop it at least three times a day, it pipes by itself most of the time. Of course, and some of the things that you come across (thanks to technology) are absolutely phenomenal. But I think in terms of social media, I just see it (that) too many people are consumed by it, they are almost living through a lens and not actually living through their day to day life. It just frustrates me. Of course there’s a place for it, there’s no arguing with that. I just think it’s just overused by people in today’s world.”

Because of her syndrome, Jones has to train in a particular way to build her strength. As she told reporters after qualifying for Melbourne: “My feet work in a different way. And that means I run differently and my balance goes to my feet in a different way, into my toes in different way. But though Jones has been proving people wrong her whole life, she looks at life in a more positive way, hoping to show people they “can” do anything they set their mind to. 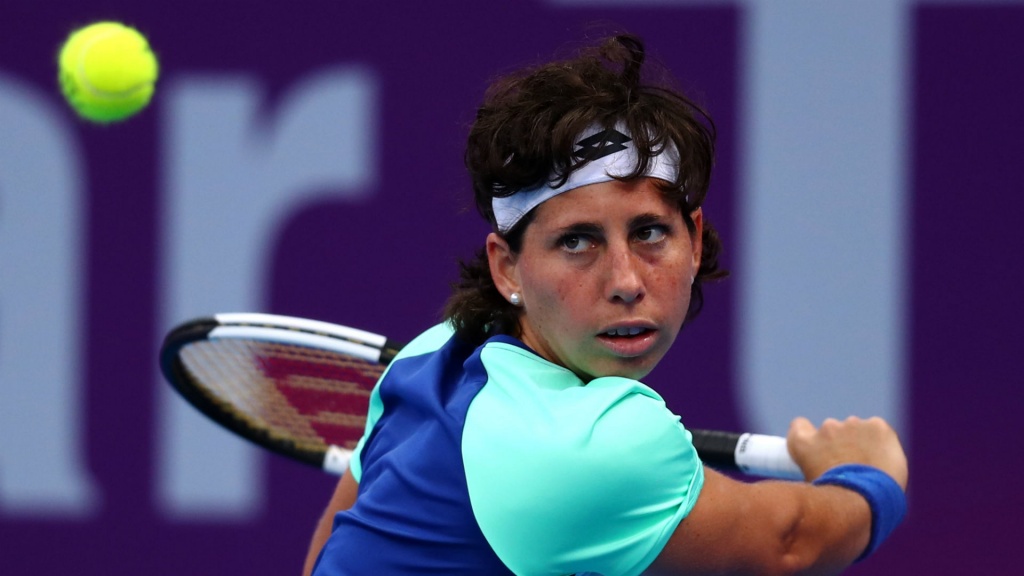 In the next few weeks, Jones will be mixing with the stars, a new experience, even if she has been used to seeing some of them during her time in Barcelona, sharing the court with the likes of Maria Sakkari and Carla Suarez Navarro, while she has also spent time with Johanna Konta. Very little seems to faze her and Jones will relish the chance to rub shoulders with the biggest names in the sport, first in one of the warm-up events this week and then at the Australian Open itself.

“My coach (Guilera) has got a lot of experience on Tour,” she said. “I’ve been working with him the last few years, I’m sure he’s going to guide me on the right path, as well as Claire, obviously. Claire’s got experience as a player, she keeps in very consistent contact with me over the day, so I think we’re going to be well prepared and in good stead.”

Jones will warm up for the Australian Open by playing in the Yarra Valley Classic at Melbourne Park on Monday, where she is due to play Argentina’s Nadia Podgoroska, a semi-finalist at Roland-Garros last year, in the first round.

But if qualifying for her first Grand Slam event has changed her short-term goals, she’s not saying – “I try to keep my goals within my team, because I think we’re constantly adjusting our goals, whether that’s technical, tactical, results-wise, you’ve always got to adjust them depending on the situations and circumstances,” she said.

“My goal all the time is just to fulfil my potential and keep executing what my team feel I need to improve and need to develop. And I think on the back of that, you hope that the results come with that sooner or later. You know, no one really knows but I just need to trust the work I’m doing. And my main goal is just pulling it out of the bag and accumulating time on the court to keep on executing those things.”

When she arrived at @SanchezCasal at 7 years old,, so little but you could see the fire on her eyes. She was there for years, always an inspiration to other kids. Amazing effort and a great story.

* Jones photos by Getty Images, for the LTA