Home » News » Naomi Osaka on BLM: “I thought only the Big Three and Serena would have that type of power”

Naomi Osaka on BLM: “I thought only the Big Three and Serena would have that type of power”

It’s been a whirlwind 48 hours for Naomi Osaka, with her statement protesting racial inequality prompting the WTA and ATP Tours to take a one-day pause in support, and then on Friday, with the Japanese battling through to the Cincinnati final. Following her 6-2, 7-6 win over Elise Mertens on Friday, the 22-year-old talked to reporters about what she’s been going through. 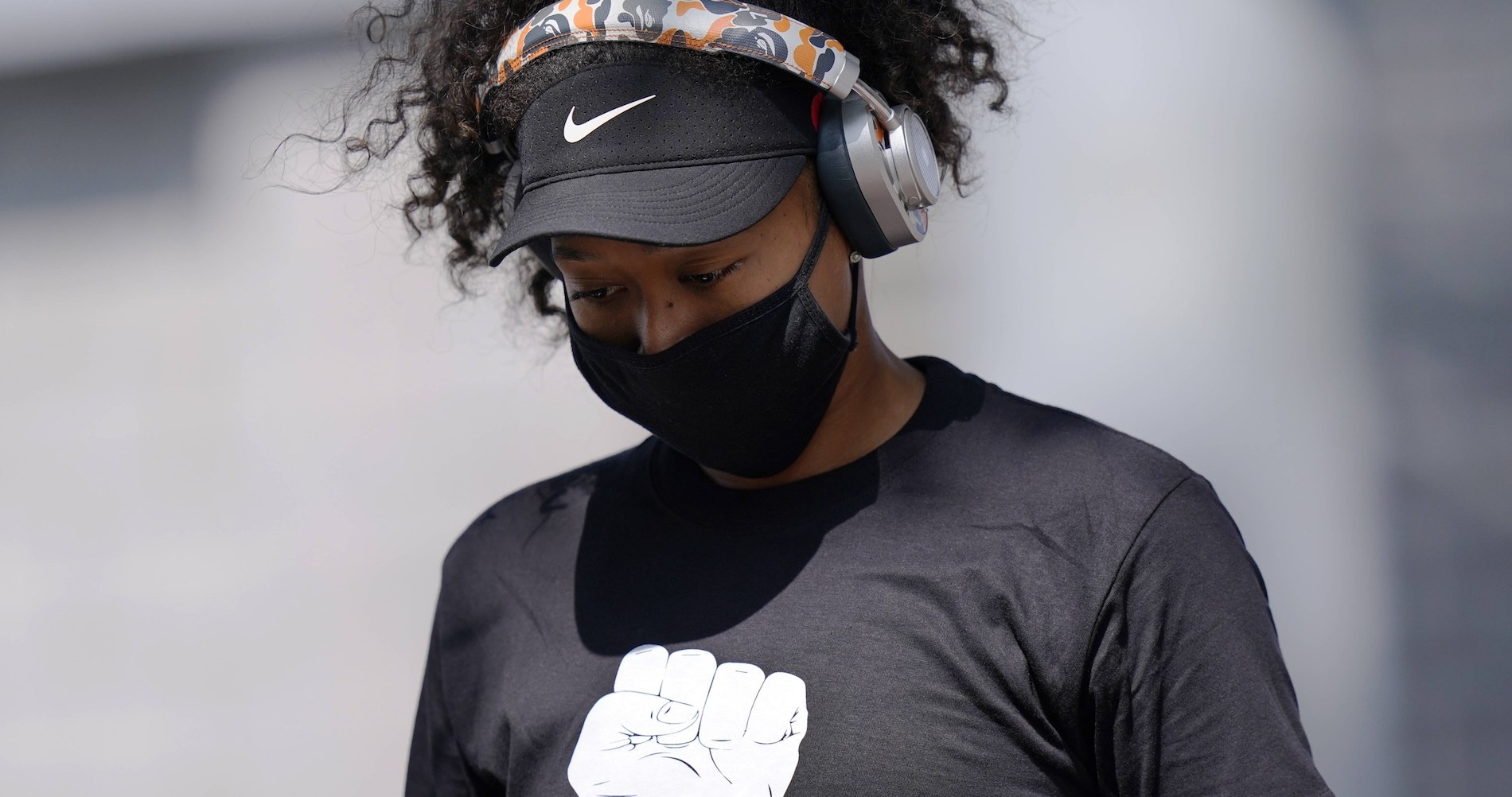 Naomi Osaka during the Western and Southern Open 2020, with a Black Lives Matter shirt

Below is an edited run-down of Osaka’s comments after her victory.

Naomi Osaka, can you walk us through the last couple of days and how it went for you, just the sequence of events between you putting out the statement and the tour is cancelling play Thursday, just how you feel at the moment?

“Yeah, so I guess after my quarters match I saw everything the NBA was doing. Then I felt like I also needed to raise my voice, too. So I called Stu (Stuart Duguid), my agent, and we talked it over. Then we called the WTA, and they said that they would love to support and they were going to push play back a day. So I put out my statement. I feel like this is where everyone gets confused, because I didn’t say I was going to withdraw from the tournament. I just said I wasn’t going to play the next day. And today is Friday, and when I posted it was on Wednesday. I think that’s where there was a bit of confusion. But, yeah, I feel like it’s been kind of hectic, and I honestly haven’t been able to get that much sleep yesterday. So I’m glad I was able to win today.”

Now that you have a megaphone and your voice has been heard and recognised, do you draw any particular inspiration or any extra motivation out of that to win matches? Because clearly when you win, people listen more.

“Honestly, I’m not sure, because this is my first tournament back from quarantine. So I’m happy that I’m in the finals. Of course I feel extra pressure now that there is more eyes watching me. Honestly I don’t recognize some of you guys, so hi, I guess. Yeah, I would just say there’s a lot of pressure I put on myself, and of course I feel like now there is another reason for me to want to win, but I feel like I have to reel back all those emotions and just focus on what I train for.”

Before the tournament decided that it would not hold matches yesterday, you were prepared to give a walkover in the semi-finals. How tough that decision was for you to sacrifice that opportunity to make a final? More points, more money, everything that comes with playing another match, more practice for the US Open in order to stand up for something you believe. Was that an easy sacrifice for you to weigh the cost of that to you?

“Yeah, I mean, for me it was hard and easy at the same time. It was hard because I felt like I put myself in a really good position. When I was practicing during quarantine, all I thought of was playing tournaments. So just to be in the semis of a tournament I felt was something that I could really be proud of. I don’t know. For me, in that sense, it was also at the same time easy, because I felt like I needed to, like, raise my voice. If withdrawing from a tournament would cause the most stir, then it’s something that I would have to do.”

Did you feel like you were being brave, or was this easy for you, or both?

After you posted your statement Wednesday night, did you have any inkling as to what kind of an impact that it would have and the fact that, by all accounts, it seemed like you had total support of your fellow players?

“Yeah, I mean, for me, honestly when I posted it, I just thought it would make rounds in the tennis circle. I wasn’t aware, like, the reach that it would get. So if I’m being completely honest, it was a bit frightening for me, and I had to turn off my phone because I get really anxious whenever I see people talking about me. But then honestly I did put myself in that situation, so that was kind of stupid. But, yeah, I would just say I didn’t expect the response that I got.”

Other players like Coco (Gauff) are very committed to political issues. Do you think this generation will be remembered not only for their tennis?

“Honestly, yes, because I feel like the players are using their voice more, especially Coco. I love her for that. She seems to be taking charge both on and off the court, so it’s really nice to see. Yeah I feel like maybe this generation of tennis players won’t be too scared of the consequences of seeing things that are on their mind. That would be really nice to see.”

I wondered what was the response from other players to your stance?

You weren’t sure what would happen and you’re surprised by it. What do you take from that now? What does that tell you about yourself and what kind of the power of what you do that you can post a statement and the tournament cancels a whole day of play?

“Yeah, I mean, for me, it’s definitely a bit eye-opening but in an odd way, because I only previously thought, like, the Big Three and Serena would have that type of power. But also, at the same time, I recognise the fact that maybe the WTA and ATP wanted to do something like this but they needed a push from a player to do something like this? So maybe I was sort of… that one player. But… I think it’s definitely really cool of them to do this and for them to, like, be open to changing for, like, social issues.”