Sloane Stephens had lost in the first round in Monterrey and Melbourne earlier this year but won in Miami on Wednesday. 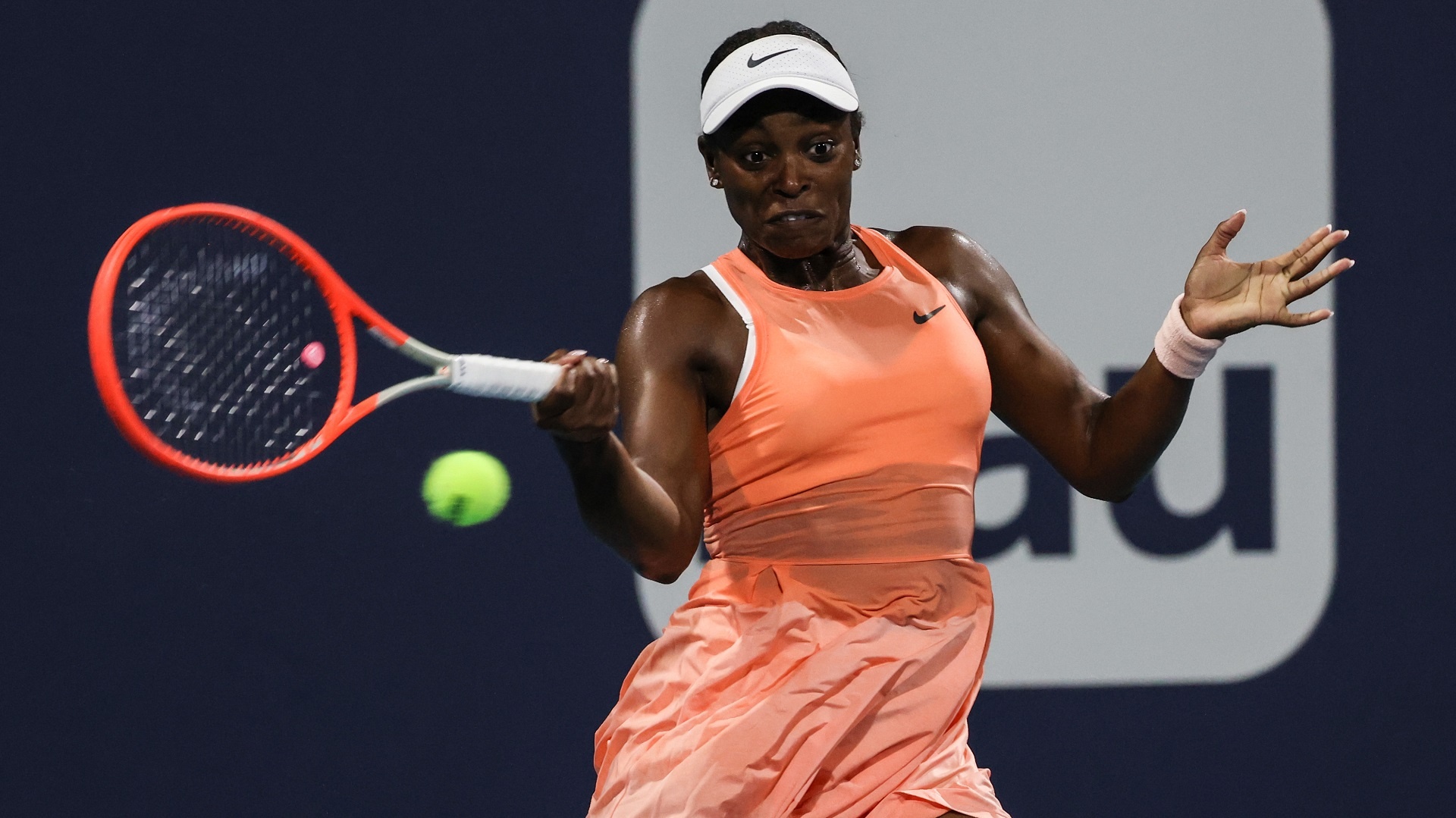 Sloane Stephens ended her losing run to start the year with a hard-fought three-set win over France’s Oceane Dodin in the first round of the Miami Open on Wednesday.

Stephens progresses to the second round where the top seeds, including top three Ash Barty, Naomi Osaka and Simona Halep, will be introduced and she will face 28th seed Amanda Anisimova.

Danielle Collins, Wang Qiang, Alize Cornet and Caroline Garcia were among the other winners on Wednesday, while Svetlana Kuznetsova bowed out.

Stephens had endured a dismal start to 2021, enduring an 0-4 win-loss record to begin the year.

The 28-year-old American was made to do it the hard way against Dodin on Wednesday, dropping the first set in a tie-break.

Stephens improved on her return in the second set, winning 73 per cent of points off Dodin’s second serve before running away with the match in the last.

“It’s been a rough one for me lately, so I’m really pleased to get through that, fight my way through it and make it happen somehow,” Stephens said post-match.

Comeback complete @SloaneStephens battles back to claim her first win of 2021 over Dodin.

Kuznetsova, who is now ranked 35th in the world, bows out with Cornet to face ninth seed Petra Kvitova.

Collins got past France’s Kristina Mladenovic 6-3 6-3 with the 40th-ranked American setting up a second-round clash with 32nd seed Veronika Kudermetova.

Wang, ranked 38th in the world, also progressed despite dropping a set in a 6-1 3-6 6-3 win over Spanish qualifier Aliona Bolsova.

And breathe @alizecornet comes from a set down to defeat the 2006 Miami champion!

Through to face Kvitova next up at the #MiamiOpen pic.twitter.com/GKMRNIZhq4

The round of 64 will commence on Thursday, with third seed Halep to face Garcia who got past another Romanian, Mihaela Buzarnescu 6-1 6-2.

Second seed Osaka has an assignment against 77th-ranked Australian Ajla Tomljanovic, while 14th seed Victoria Azarenka is already into the third round with opponent Laura Siegemund withdrawing after her win on Tuesday.