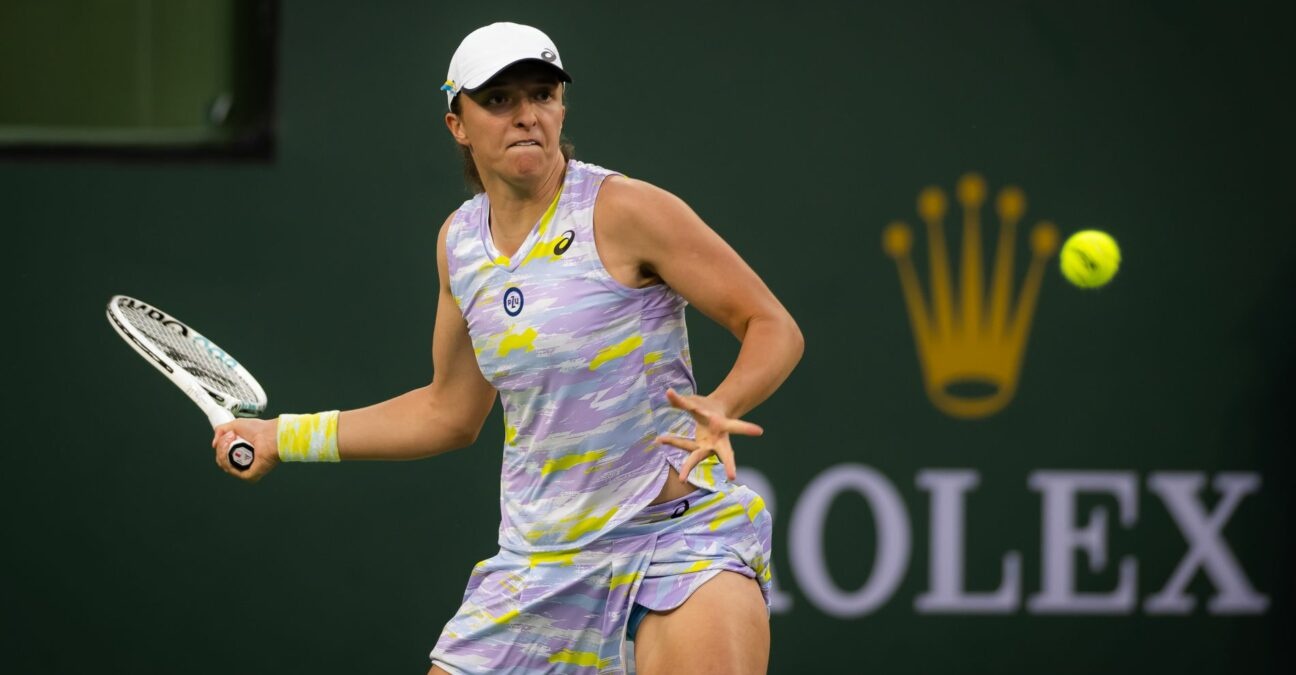 Iga Swiatek won her tour-leading 19th match of the season on Friday evening, saving two set points in the first set before emerging a 7-6, 6-4 winner over Romania’s Simona Halep to reach the BP Paribas Open final in Indian Wells.

The win continues a terrific start in the 2022 season for the Pole, who reached the semi-finals in Adelaide, the semis at the Australian Open and the round of 16 in Dubai, before embarking on her current 10-match winning streak which included the WTA 1000 series title in Doha.

Swiatek took the early lead in the first set, breaking Halep’s serve to go up 4-2. However, the Romanian, a two-time Grand Slam winner, fought back to break twice in a row and served for the set at 5-4.

This time, it was Swiatek who broke back to level the set for 5-5. After both players held their serve to take the set into a tiebreak, it was Halep who earned two set points at 6-4 in the tiebreak. But the 20-year-old Swiatek ran off with four consecutive points to win the first set 7-6 (6).

In the second set, the two players exchanged an early break of serve before Halep started to re-establish her authority and broke for a second time to lead 4-2. But the Romanian needed a medical time out to strap her thigh and appeared to lose her rhythm after that. Seeing Halep move tentatively, Swiatek applied the pressure and won the final four games to close out the 7-6 (6), 6-4 win in one hour and 50 minutes.

Swiatek will meet Maria Sakkari in Sunday’s final, after the Greek defeated Spain’s Paula Badosa in the second semi-final. Along with the $1.2 million prize money cheque, there is also the world No 2 ranking at stake, with the winner replacing Barbora Krejcikova as the second best player in the world. 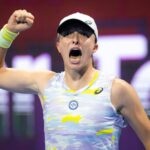 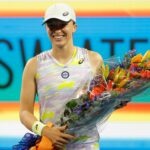 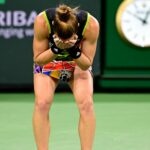