Focus: Australian Open difficulties set the tone for life on tour in 2021

Even as the coronavirus vaccines (hopefully) begin to be rolled out, the upcoming Australian Open embodies all the difficulties that the tours will face in the coming year. In part one of our special focus on 2021, we examine the issues facing tournaments, players, and fans. 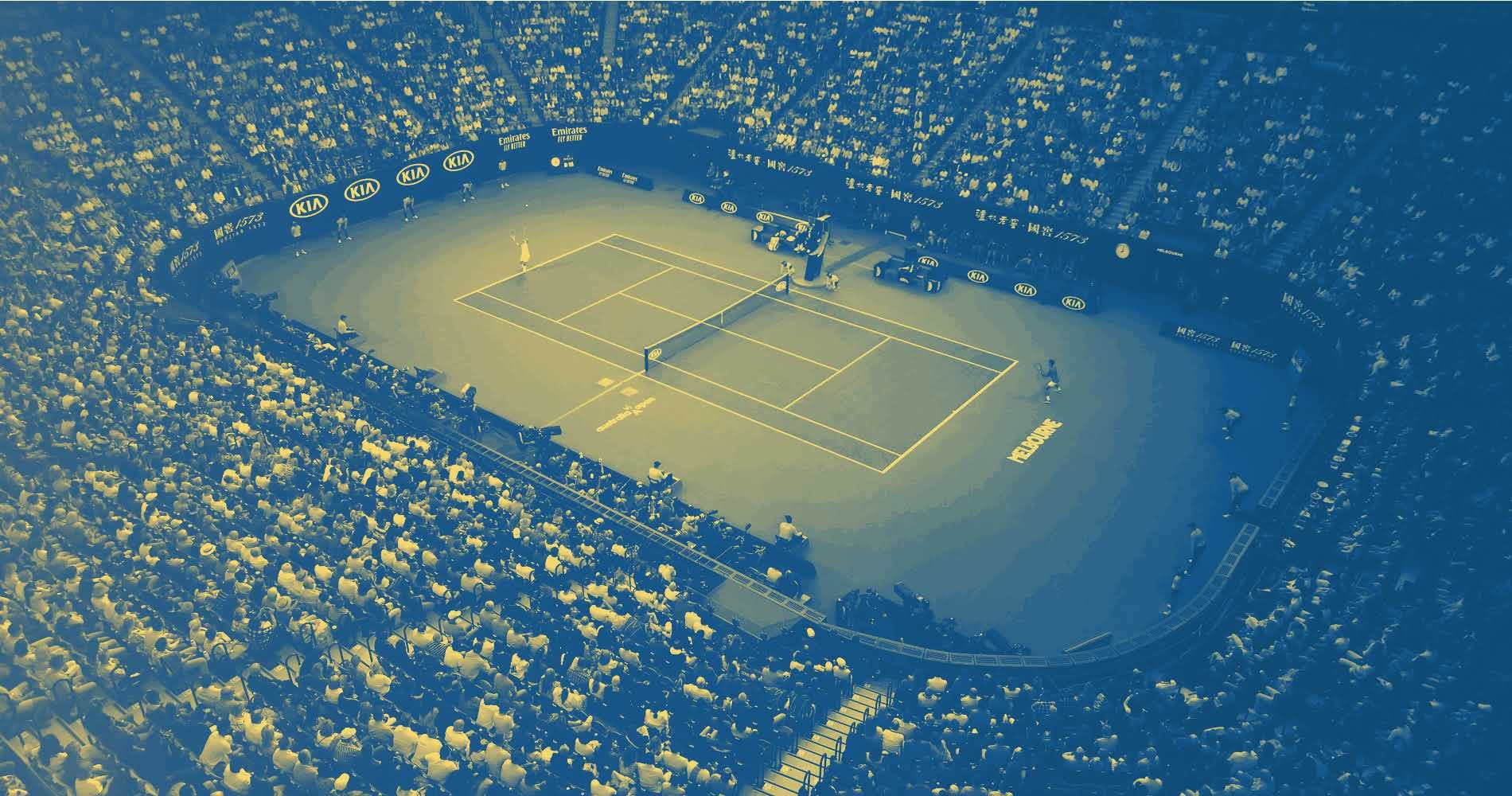 The start of the 2021 season is almost set after the Australian Open confirmed its new tentative dates, the first Grand Slam event of the year expected to begin on Feb 8 — three weeks later than originally planned.

Although it’s great to know that the Australian Open will happen after lots of concern behind the scenes that it might be in danger, the uncertainty of the past couple of months sets the tone for what we can expect in the coming year as tournaments adjust to living with — and working amidst — the coronavirus.

1. Players and tournaments are not in control

The big problem for tournaments around the world in 2021 is that they are no longer in control.

As we saw from the tournaments that were able to take place in the second half of 2020, they are completely at the mercy of local governments. If the authorities say an event can’t happen, it won’t, as the Citi Open in Washington experienced in August. If they say there can only be a handful of fans — think Roland-Garros in October — then the tournament has to be held at a reduced capacity. The decisions have a domino effect on ticket sales (obviously), but also on jobs and people’s futures. And what’s more, every country is different — which will make it more and more difficult for the ATP and WTA Tours to plan.

In pre-coronavirus times, it was pretty straightforward for tournaments to plan for each year. Sponsors could put their money in, knowing what they’d get out of the event, and players knew what they could expect from the tournament itself. In 2021, even with the prospect of a vaccine on the near-horizon, things look rather different.

Now, the only thing tournaments and players know is that things are not in their hands. Remember back to when all this began in March, when the BNP Paribas Open in Indian Wells was called off at the last minute because there was just one case in the surrounding Coachella Valley.

For players who are so used to being in control, that’s tough. How do they plan their training blocks, travel and tournament weeks? For tournaments it’s even more difficult, knowing that even with the best will in the world and the most meticulous plans, everything can be taken away from them if a local government decides it’s not safe to hold an event.

The US Open and Roland-Garros showed in 2020 that events can be staged in a pandemic, and surely 2021 will eventually be far less restrictive as the vaccines begin to be rolled out. But as the Australian Open has shown, playing tennis is the easy part. It’s what surrounds the tournament that’s so difficult to deal with. In their case, it’s getting players into the country and then going through the government-required 14-day quarantine.

Every country has different protocols, so there is unlikely to be absolute consistency. Victoria, which had 115 days of severe lockdown with lengthy curfews, was one of the strictest regimes. Others may choose to do things differently. As the vaccine becomes available, the tours may ask players to take it before being allowed into an event or a country may insist on it before someone is allowed in. The variations are likely to be many.

2. Tournaments will be especially difficult for players

The idea that players could be asked to spend 14 days in their hotel rooms on arrival in Australia, with no access to practice, had everyone concerned.

“You just can’t do a two-week hard lockdown to get ready for an Australian Open,” Australia’s John Millman said. “I don’t think any of the international players would do that. Your body is what pays the bills. You are an injury risk, you can’t go from zero to 100 right away, that’s the biggest risk. I’m not pessimistic and I understand the complexities of it all. You get to really understand how quarantine works when you are inside it… it’s very strict and I know if I had to pick up a racquet right now and go and play tennis, I’d be absolute rubbish. I’d probably injure myself.”

“A lot of players are coming from very cold climates just now,” he said. “To then go and ask players to play in 35, 36-degree heat with no match preparation, it just increases the risk of injuries, possibly the quality of tennis (is) not going to be that high. It wouldn’t be a deal-breaker for me. It just makes it a little bit tougher.

“If it was in a hotel room for two weeks and then you had, I don’t know, whatever, three or four days to get ready, I wouldn’t do that. (But if he had two weeks afterwards to prepare), yeah, I’d probably do that. I mean, again it’s not ideal, but I think that’s what pretty much everyone travelling to Australia has had to do the last little while. So…I would do that, providing we had the opportunity to train afterwards and get ready for the tournament.”

Playing tennis is not the issue; in many ways, with mask enforcement and general coronavirus protocols to adhere to, actually being on the court has already proved to be where the players are happiest. It perhaps helps to explain, in part, why the standard of play has been so high. On the court is the only time they are truly free.

A lot will depend on what the tours decide to do with the ranking system, especially if the virus is still growing across various parts of the world. If the tours extend the two-year ranking, then players will pick and choose their events even more meticulouly, as Canadian Milos Raonic said in Bercy last month.

“I don’t know if I would necessarily be going to too many of those if I don’t need to, and especially not having to worry about zeros opening up on the ranking,” he said. “Especially under the conditions of not being able to leave the hotel room, all these kind of things, me personally, it’s just not something that’s psychologically healthy for me or even just for the soul, and I have to have a little bit of freedom in that sense.

“I think it (the restrictions) are the right things to do now, but under those conditions for long bouts of time, it’s not something that I’m going to definitely be looking forward to.”

Now more than ever, what the Grand Slams do and say goes. Just look at Guy Forget’s recent comments. Roland-Garros caused a big hoo-hah when it unilaterally decided to postpone from May-June to September-October, a move that threatened the strength of the US Open, which finished two weeks before its French cousins began. Asked if he would make the same decision in similar circumstances, Forget said he would.

But even though the slams were angry at not being consulted, they soon adjusted and the rest of the tours just had to fall in line. The same thing happened with Australia, where the three-week delay to the start of the season’s first Grand Slam has an inevitable domino effect on the other tour events in January and February. If Wimbledon needs a couple of extra weeks to ensure it can take place, don’t think it won’t move. The same goes for the US Open. There may be a bit more of a discussion than what happened with Roland-Garros, but the ATP and WTA Tours will just have to go along with whatever they decide.

Even before the pandemic, the ATP and WTA were looking at ways that they could make their respective tours as environmentally friendly as possible. From reducing the level of plastic at tournaments, to making everything recyclable, the environment is a big issue for the authorities.

But above all, trying to reduce the amount of flying required would seem to be even more important. Not just for environmental reasons — criss-crossing the world has never been a good thing — but for financial reasons, too. The reduced prize money likely to be on offer at almost every event means that the tours may try to follow the example they began in the pandemic by creating more local Tours, for example through the back-to-back events in Cologne.

When there are consecutive tournaments in one continent, for example, surely it can’t be beyond the realms of possibility to incentivise travelling by train instead of plane. Yes it will take longer, but it has to be encouraged. And it should also be safer in a pandemic to go by train rather than plane, as arriving at a crowded airport carries far more risk, in theory, than getting on a train.

Tennis Australia, forced to delay the Australian Open and cancel the ATP Cup, wants to add more tournaments in Australia after the Open finishes. That would make sense.

5. Empty stadiums are still the norm, for now

It’s not that long ago that Roger Federer said he couldn’t imagine seeing an empty stadium. The 20-time Grand Slam champion has not yet had to, after all, because of his extended absence following knee surgery. Empty stadiums have become the norm, but for obvious reasons — notably financial — tournaments will be busting a gut to let fans back in.

The question is; even when fans are let back in, how many will be permitted and how many will even go? With some social distancing rules set to remain for the foreseeable future, and masks still at least encouraged, will they feel comfortable? No one wants to see another Adria Tour, the ill-fated exhibition event, part-organised by Novak Djokovic, which ended up seeing several players, coaches, and family members test positive for the coronavirus.

It’s hard to imagine that hospitality will open up quickly, at least not immediately, to its former levels. Perhaps tournaments that are allowed spectators will find they will have to lower ticket prices to entice fans into stadiums.

It goes without saying, though, that fans will be a welcome bonus for players in 2021. It’s just not clear who might be in a position, given the international nature of the sport and the voracity of the virus, to have a full stadium yet. It certainly won’t happen in Australia, even if the government has done a remarkable job to seemingly reduce numbers to zero — the last case in Victoria dating back to October 29. Their idea of having 75 percent of their usual crowds always seemed fanciful; if they get anywhere near 50 percent it would be a surprise.

Be on the lookout for part two of our special focus on 2021, in which we will focus on the complexities of the 2021 tennis calendar.