Home » News » One chance out of 10 of losing the match: The unexpected perils of winning the first set 6-0

One chance out of 10 of losing the match: The unexpected perils of winning the first set 6-0

Simon Cambers examines why winning the first set 6-0 can actually leave a player in a vulnerable position, as the likes of Dominic Thiem and Denis Shapovalov know only too well 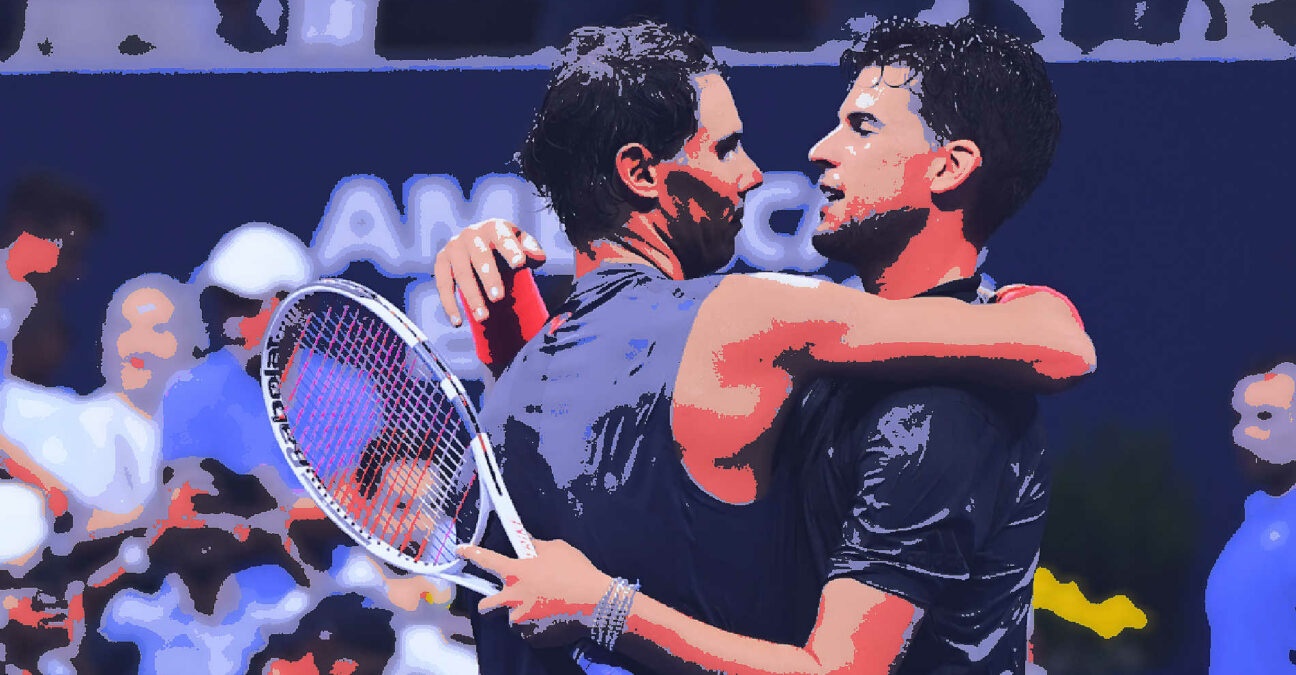 Winning a set 6-0 is the most dominant scoreline a tennis player can achieve, a clear indication of their superiority over an opponent. But paradoxically, it does not mean the end of the world – and many times, doesn’t even mean the end of the match.

Serbia’s Filip Krajinovic found this out the hard way on Monday when he won the first set against Alex de Minaur but was then upended 0-6, 6-4, 6-4 by the durable Australian.

When a 6-0 set happens in the first set, the tendency is to think that another easy set is likely to follow. But statistically, it is not always the case. The beauty of the tennis scoring system and the unique nature of tennis, where the mental side of the game is so crucial, means that sometimes winning the first set 6-0 can be something of a poisoned chalice, offering the winner a feeling of false security that can come back to haunt them and the loser a feeling that from there, things can only get better.

With the help of the ATP, WTA and ITF, Tennis Majors has examined match results across the four Grand Slams and at both ATP Tour and WTA levels over the past five years, charting how often players win the first set 6-0 and either go on to lose the second set or lose the match altogether. And it happens more often you might think.

Victory from 0-6 happens 9% of the time in Slams

You might think that at the Grand Slams, where the prospect of big prize money and greater than ever prestige, would mean that winning the first set 6-0 – and losing – doesn’t happen, but it does, and sometimes to the very best.

On the other hand, with the men playing best of five sets, perhaps the loser of the bagel set has that much more time to recover from a first-set shocker.

Losing the second set is even more common

When a player has totally outplayed their opponent through their own brilliance or through their opponent’s ineptitude to win the opening set 6-0, it can be hard to maintain that momentum. At professional level, the difference between two players, on paper, is often relatively slim, so the leading player’s level only has to dip slightly for things to change around quickly.

So even when they still go on to win the match, it’s far from unusual for their opponent to hit back, either by lifting their performance or by their opponent coming slightly down off their level to make it a more even contest.

In Grand Slams, when winning first set 6-0, a player goes on to lose second set:

On the ATP Tour and WTA Tours, where matches are always played over best of three sets, it tends to happen even more often.

On ATP Tour (not including Grand Slams, Davis Cup)

WTA Tour (not including Grand Slams)

Shapovalov: “Momentum is a strange thing”

Why does it happen? In simple terms, it’s because tennis players are not robots. Every match is a mental battle, even if you win the first set 6-0. It’s a situation Denis Shapovalov knows only too well, having won the first set 6-0 against Frenchman Benoit Paire at Wimbledon in 2018 only to lose the match in four sets.

“I just think it’s tough to kind of keep that momentum,” Shapovalov said. “Obviously, if you win 6-0, everything’s going right. So momentum is just a funny thing. The opponent can get a game or two and just flip the match around. So it’s sometimes tricky when when you win the first set so easily.

“It’s because you’re playing so good and you know that you can only go down from there. They can only go up from there. If you start well in the second set and everything kind of keeps rolling, that is great. But oftentimes, the matches turn around and like I said, momentum. Momentum is a funny thing.”

Some players have made a habit out of winning matches from 6-0 down. Aryna Sabalenka, the world No 3, has done it three times, the most recent coming in Miami this year, when she recovered to beat Tsvetana Pironkova in a deciding-set tiebreak.

And her fellow Belarussian, Aliaksandra Sasnovich, has managed it a whopping six times; three times on the WTA Tour, once in Fed Cup and twice in ITFs.

But for all the satisfaction of winning from 6-0 down, losing from so far ahead must be a real kick in the teeth. Krajinovic, who also lost from 6-0 up in 2015 in a Challenger Tour event to Marcel Ilhan of Turkey, would doubtless agree. And he’s not alone.