Austria’s Dominic Thiem has elected to skip the Olympics. The World No. 5 wants to focus his preparations on his US Open title defence. 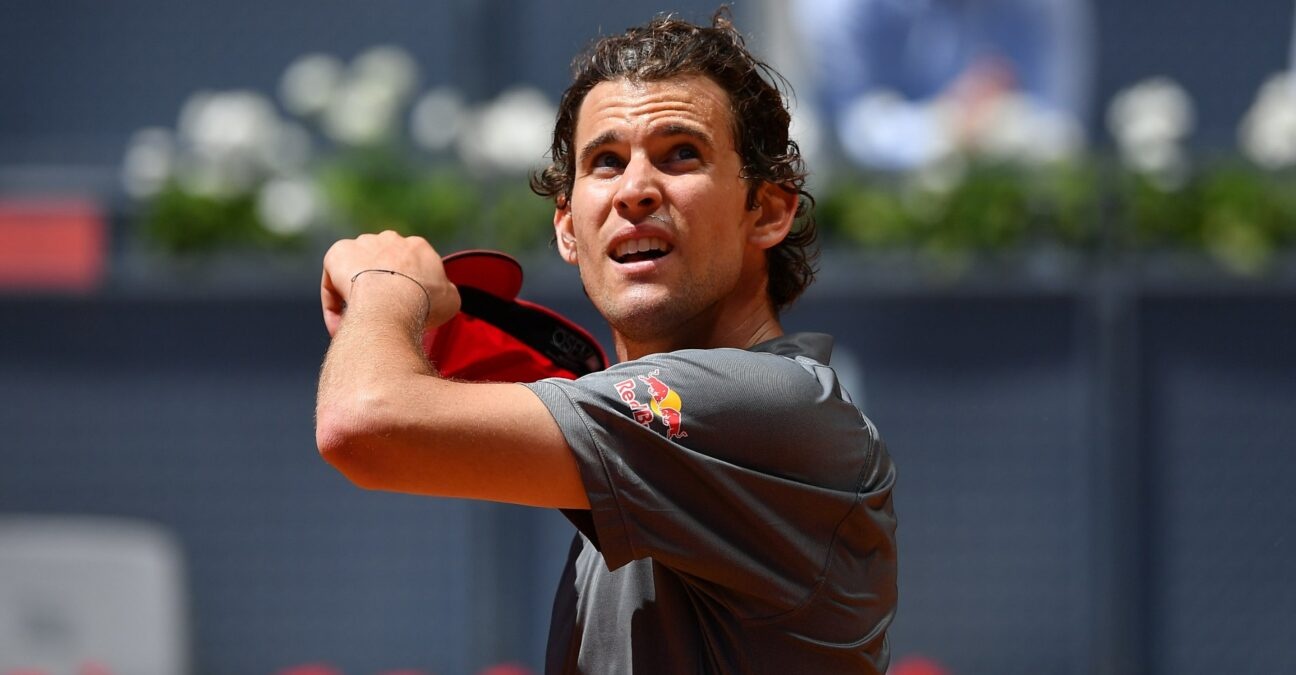 Dominic Thiem will pass on the Tokyo Olympics in order to focus his efforts on the Grand Slams. The fifth-ranked Austrian took to social media to announce the news and explain his reasoning on Thursday.

“Taking part in the Olympics and representing my country is a huge honour and that makes this decision even tougher,” Thiem said on Twitter. “However, 2021 did not start as expected and I don’t feel ready to play my best in Tokyo.”

The 2020 US Open champion was the highest-ranked ATP player to skip the 2016 Rio Olympics for reasons other than injury. Thiem had been planning to play Tokyo in 2020, but things have changed, thanks to the pandemic and a recent run of bad form for the 27-year-old. Thiem was knocked out of his favourite tournament, Roland-Garros, in the first round this year, and he has struggled this season, with injuries, motivation and form.

Gearing up for Wimbledon and the US Open

Theim says he has been practicing well since his defeat at the hands of Pablo Andujar in Paris.

“These last two weeks I have been training hard – and I’m starting to improve my conditioning and concentration little by little,” he said. “My goal is to work hard the coming weeks, give my best at Wimbledon and keep training and hopefully defend my US Open title.”

The Austrian owns an uncharacteristic 9-8 record in 2021, compared to 128-48 over the previous three seasons. He has been open about his struggles to find motivation after reaching his biggest dream when he claimed the US Open title in 2020.

“Chasing a goal for such a long time and then finally achieving it, it took a lot out of my body and my head. With all the euphoria and everything, I was playing well the rest of last year,” Thiem said in Madrid this spring. “And then in Australia, it somehow got to me a little bit. I decided to take a little bit of time off to recover and make a small reset.”

Thiem has yet to take his place in the Olympics at this stage of his career, but he says he plans to be a part of the 2024 Olympics, which are set to take place in Paris.

“I wish the entire Austrian team traveling to Tokyo all the best,” he wrote on Twitter. “I am young and I hope to be able to play for Austria at the Olympics in Paris 2024.”

The withdrawals came fast and furious on Thursday – attracting attention away from the four grass events being held in London, Halle, Berlin and Birmingham – with Rafael Nadal setting the tone when he told the world that he’d be skipping Wimbledon and the Olympics in order to rest and recuperate.

“The goal is to prolong my career and continue to do what makes me happy, that is to compete at the highest level and keep fighting for those professional and personal goals at the maximum level of competition,” world No. 3 Nadal wrote on social media. “The fact that there has only been 2 weeks between [Roland-Garros] and Wimbledon, didn’t make it easier on my body to recuperate after the always demanding clay court season. They have been two months of great effort and the decision I take is focused looking at the mid and long term.”

Naomi Osaka’s announcement, released through her team in a statement came next. The world No.2 said she would not play Wimbledon but plans to take her place at the Tokyo Olympics, which will be held from July 24-30.

“Naomi won’t be playing Wimbledon this year,” the statement from her team read. “She is taking some personal time with friends and family. She will be ready for the Olympics and is excited to play in front of her home fans.”